Buckle Up: Every Ride Every Time 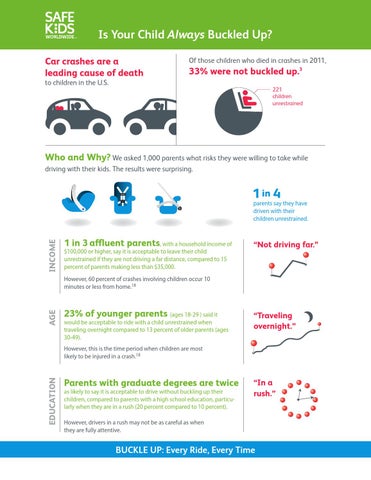 Is Your Child Always Buckled Up? Car crashes are a leading cause of death to children in the U.S.

Of those children who died in crashes in 2011,

Who and Why? We asked 1,000 parents what risks they were willing to take while driving with their kids. The results were surprising.

parents say they have driven with their children unrestrained.

1 in 3 affluent parents, with a household income of $100,000 or higher, say it is acceptable to leave their child unrestrained if they are not driving a far distance, compared to 15 percent of parents making less than $35,000.

However, 60 percent of crashes involving children occur 10 minutes or less from home.18

would be acceptable to ride with a child unrestrained when traveling overnight compared to 13 percent of older parents (ages 30-49).

However, this is the time period when children are most likely to be injured in a crash.18

Parents with graduate degrees are twice as likely to say it is acceptable to drive without buckling up their children, compared to parents with a high school education, particularly when they are in a rush (20 percent compared to 10 percent).

However, drivers in a rush may not be as careful as when they are fully attentive.

BUCKLE UP: Every Ride, Every Time

Buckle Up: Every Ride Every Time

Our new study on car seat use reveals some surprising facts. 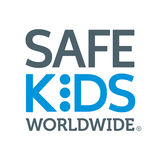