A Plan to Save the Merchant Marine 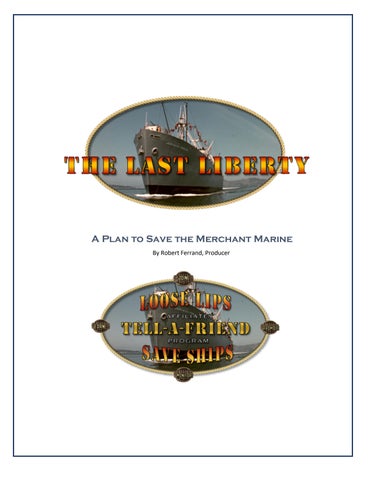 A Plan to Save the Merchant Marine By Robert Ferrand, Producer

A Plan to Save the Merchant Marine By Robert Ferrand, Producer

Before there was a United States Navy, before there was a United States Coast Guard, There was a robust United States Merchant Marine. Historically, The Merchant Marine has always supplied all Naval operations. Today, few Americans are aware that the Merchant Marine is critical to National Security. Most people think of ships as Navy, but that is only half of the story. The maritime community’s challenge is to make more Americans aware that there even is a Merchant Marine. Any serious &quot;Plan to Save our Merchant Marine&quot; should include a significant &quot;All Hands-on Deck&quot; Grassroots Effort to reach out beyond the Maritime Industry to the American People to explain the historic importance of the United States Merchant Marine. The Maritime Industry includes more than 650,000 workers. The Navy has 500,000 active duty and ready reserve personnel with an additional 500,000 retired personnel. The Coasts Guard has an additional 100,000 Active Duty and Auxiliary personnel. Most importantly, there are over 250 Maritime Museums and Maritime Organizations with extensive memberships. This provides over 2,000,000 people who do understand the importance of the Merchant Marine, who can reach out to the American people who do not understand and explain a common Patriotic Story: that can unite Americans. The current challenge is how to actually start that conversation. What is required is a “Patriotic Message to the Soul of America” that can explain the importance in the merchant marine in less than 30 minutes. With that film in hand, the internet can be used to reach as many Americans as possible, with our common Maritime History. Yes, but what is the script? “The Last Liberty” documentary film was produced 40 years ago, specifically, to be that “Patriotic message film”. This 16mm film archive has been recently Remastered in High Definition video, to provide that multimedia “message” to reach all Americans. This inspiring film tells the Patriotic story of how Americans from all walks of life came together to build the greatest fleet of ships: over 2700 Liberty Ships. Using the “Unsung Heroes” of the restoration of the Last Liberty Ship SS Jeremiah O’Brien, this story can be told. This film that is more relevant today, than when it was produced. In order to financially benefit Maritime Museums and Organizations: this film is distributed though The Loose Lips Save Ships - Tell a Friend Affiliate Program. This program donates 50% of subscription income to the organization that generates the lead. Through networking “friend to friend“ that donation is further multiplied to turn email addresses into dollars, using a tracking code and online software to monitor the process. This Grassroots Effort can permit the Maritime Industry and Navy, together, to generate significant income to permit those Maritime Museums and Maritime Organizations to afford to preserve our operational ships and more actively promote America&#39;s rich Merchant Marine history, in an effort to explain the importance of the United States Merchant Marine to many more Americans and gain greater support. This is: A Plan to Save the Merchant Marine that can raise awareness. How it Works

A Plan to Save the Merchant Marine 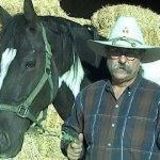