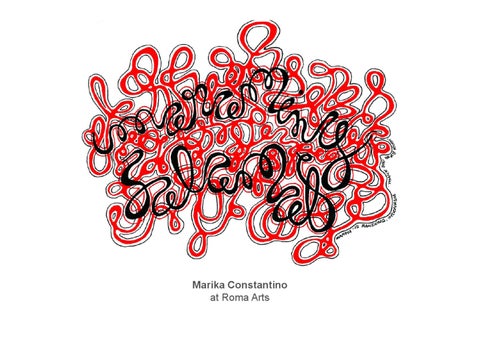 A talk by Marika Constantino about 98B (an artist initiative space in Manila, the Philippines) At Common Room Networks Foundation. Moderated by Roy Voragen. Organized by Roma Arts. Bandung, 4 July 2012.

Marika B. Constantino is a visual artist who has participated in exhibitions in the Philippines and abroad. As a freelance writer, she has contributed to a number of publications. She shares her various experiences in the art practice to a wider audience as an educator and an independent curator. Her early exposure to art and her boundless fascination for the creative process resulted with a degree from the UP College of Architecture, and she continued her studies at the UP College of Fine Arts, with Art History as her major. Marika B. Constantino is continually striving to balance the cerebral, conceptual and experiential aspects of art with life in general. Currently, she is the Special Projects Head of 98B COLLABoratory.

Balancing Paradoxes and Paradigms Paradox â&amp;#x20AC;&amp;#x201C; impossibility, enigma, puzzle, contradiction, irony Paradigm â&amp;#x20AC;&amp;#x201C; example, model, patter, archetype, standard The concept of this work is based on the abovementioned definitions. As we go through our own paths we must somehow find a sense of equilibrium in managing the supposed unattainable and the norm. It also takes into consideration two perspectives. From the eyes of the child, everything is play. With imagination, things are doable, viable and fun. As the owners of the street, I wanted them to see themselves in the mural. Having the kids participate in the creative process will hopefully give them ownership of the final output. On the other hand, adults tend to forget these child-like moments of exuberance and excitement. We must not. Let us reflect on the times when we ourselves felt much enthusiasm and looked forward to the possibilities that the next day had to offer (as the kids showed me while I was working). The mural also intends to symbolize the many directions and options we can, should and do take. At the end of the day, it is a matter of choice. On the off chance that it ends up not to our liking, there are other avenues. Like children who have resilience and adaptabilityâ&amp;#x20AC;Ś we learn, we adjust and we move on.

Entangling Twists and Turns ‘Balancing Paradoxes and Paradigms’ – A mural by Marika Constantino Manila-based visual artist Marika Constantino and I first met at Arte-Polis 3 in 2010, a biannual conference organized by the department of architecture at the Institute of Technology Bandung (ITB). During this conference I organized a roundtable discussion on public space and Marika was one of the discussants (subsequently, I published an essay in Tempo Magazine based on this discussion, see here. And when she told me that she would return to Bandung to participate in Arte-Polis 4, we started discussing what we could do during her stay at Roma Arts. We decided on two projects: first, a talk about 98B in collaboration with Common Room Networks Foundation, for more info see here, and second, a mural at Roma Arts (Jalan Cibeunying Kolot III no.41, Sadang Serang, Bandung). And she was anxious about both; both meant a stepping out of her comfort zone. And both turned out fantastic. In three ways the mural was a first for Marika. First, she had never worked before with this medium. Second, she had never worked on such a large size (1080x120cm, the largest she ever worked on was approximately 200x100cm). And third, she had never worked outdoors with a live audience: kids who helped out, who looked over her shoulder and commented on her work; thus far, she had always separated creating from exhibiting work, solitude of and focus in the studio from the art space. Creating a mural comes closer to her curatorial practice, especially the project ‘Juan for Trees (143s)’ at the Cultural Center of the Philippines for the 2009 Green Earth Day. Every day, kids play in front of my house: they play badminton, soccer and with kites on the street until dusk at around 6pm (there are no street lights). They also come to my house to see my dogs in action: Bobi – the 3-year-old, hyperactive boxer – and Ucil – the 9-year-old mellow Golden Retriever. To me it came as no surprise that they would gravitate around Marika as soon as she started her work on the mural. However, when we invited them to come into the house and help cutting and painting the figures for the mural, I wasn’t too sure if they would have the attention span to do a good job, but in fact they did. At first only the boys came in, some of whom like to tease other kids, so the girls didn’t come in at first, but when they saw the boys were taking it seriously some girls joined the fun. And after they were finished, we added their names onto the figures. When the time came to glue the figures onto the wall, the kids came back to look for their name. And while looking for their own name, they pitched in to glue the figures onto the wall. When this was finished, Marika added a layer of emulsion and small mirrors. She added the mirrors only after the sun had set, so the kids would find a surprise the

next morning. And when they returned, they interacted with the wall by making funny faces in the mirrors. But is this participatory art? Perhaps not; and for a simple reason: they don’t have a notion of (contemporary) art. They helped a new friend and had fun in the process. Some regard public art as vandalism (especially graffiti). Some others regard public art as political. Public art isn’t always vandalism (what about all the statues in our cities celebrating ‘our’ heroes?). And public art isn’t always political (it is people who create public places for their political purposes). Marika’s mural is neither vandalism nor political (it is farfetched to judge her mural in terms of the recent Arte-Polis 4 conference, i.e. as connectivity and place making). Without a single exception, all my neighbors responded positively. They pointed at other possible walls to be turned into murals. And they called Marika’s work beautiful, attractive, pretty, great and etcetera. Even though, in contemporary art beauty has become a taboo – an artwork has to mean something discursively, as if the sensuous isn’t meaningful. A mural sounds more permanent than it probable is. How many soccer balls will bounce of the wall in the coming months? Grass will seep through the cracks in the wall, sunshine and rain will do their work as well. All this, inevitably, will alter Marika’s work, a work with her signature repetitive pattern. And our perception of this repetitive pattern is permutated by movement – on foot, bike or by car – and changing light conditions. And how will the experience of creating a mural change Marika’s future creative process and output? I thank Marika for our warm friendship and her spirited work on the fantastic mural. I also thank Ricky for his extensive documentation ( all the friends who stopped by and pitched in (Professor Haider, Jeanne &amp; Scott, Ami, Irfan, Rika, Siesca&amp;Danu), my wife Mei, her three Oma Anna’s assistants – Anis, Pipin and Nita – and, of course, the kids who all kindly helped. For all of us, this challenging project has been a life enriching experience.

Roma Arts, founded in 2011, is a think tank that promotes passionate, ambitious and focused ways of producing, presenting, experiencing, and writing about the diverse forms of arts. Roma Arts gives keen attention to art practices, forms of presentation, experiencing the arts, and discourses on art. In 2012, Roma Arts started a residency program to foster creative person-to-person contacts. Online documentation on Marika Constantinoâ&amp;#x20AC;&amp;#x2122;s stay in Bandung

Marika Constantino did her residency at Roma Arts in Bandung, July 2012. During this time she gave a talk about 98B at Common Room Networks Foundation and she created a mural at Roma Art. 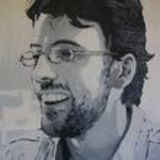