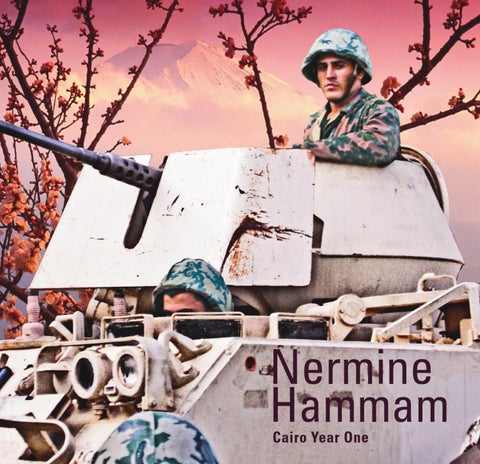 “One year on from creating Upekkha, I ask myself: ‘Is that really how I saw things?’ I suppose even in the days of euphoria, I had the uncomfortable feeling that betrayal was possible. Perhaps, unconsciously, I always knew that Unfolding was coming.”

Nermine Hammam works almost exclusively with photography – mostly her own and occasionally other people’s – often digitally manipulating images in a very painterly way to convey her perception of the underbelly of her society as well as her intellectual and aesthetic concerns. I first met Hammam in 2009 while researching Arab Photography Now, a book on contemporary photographers from the Middle East and North Africa. She was highly recommended by several artists. That year she came to London from Cairo with the first artist proofs of her Escaton series (2008-9), of women, men or entire families relaxing at the beach in Egypt’s sunshine resorts. The women were mostly veiled or conservatively dressed and covered up, trying to swim or simply splashing about in the water, while the men were mostly bearded, sun-tanning, looking almost feminine in their poses. I thought she had accurately captured a growing tendency that was starting to make me feel quite uncomfortable and slightly irritated on the beaches of Sharm el Sheikh and Alexandria. I felt that the rise in the conservative covering of the body was a statement against foreigners and their unwelcome bathing suits, and defeated the object of enjoying the magic of the sea. But Hammam saw something else, with her perspective from the inside of her community: contradiction, awkwardness, incongruity, absurdity… She saw all this, but portrayed it with love, something many Egyptians have for their country and fellow countrymen, no matter what. We selected a few images from the Escaton series for our book, but just before it was going to print in 2010, the political landscape of the Middle East started to change, with uprisings in Tunisia and Egypt. The need for more current images became clear. We held back on publishing, and at the beginning of 2011 Hammam showed me her new Upekkha series: juxtapositions of fresh, innocent and inoffensive-looking young Egyptian soldiers set against idyllic, lush and sometimes Alpine backdrops. It was these images, which so strikingly conveyed the momentum, the excitement of the unknown and the early optimism of the “Egyptian uprising” that finally went to print. Hammam’s work is informed by her experience and background in the film and advertising industries, and thus consists of manipulating technical processes. She worked for several years with Youssef Chahine (1926-2008), one of my favorite pioneering Arab film-makers and a wonderfully talented, rebellious, generous, versatile and controversial character. From her experiences in that industry she must have learned that there is always a story behind the image. She also worked for

“Contradiction, awkwardness, incongruity, absurdity… She sees all this, but portrays it with love – something many Egyptians have for their country and fellow countrymen, no matter what” some twenty years in the design and branding business. This may explain the certain dense narrative that explodes from each of Hammam’s photographic series. Sometimes she uses very painterly and even kitsch theatrical backdrops, as in Upekkha, which push forward the reality and rawness of the images in the foreground in an almost three-dimensional way. But the general impact of the piece makes it clear that these are manipulated images, “real fictions” or unexpected fantasies that also reveal a lot of tenderness. In her more recent series of Japanese-style screens, Unfolding (2012), the backdrops overtake the photographic images in the foreground, which are smaller, thinner and more delicate. One has to look very closely at the work before being able to depict the scenes of violence behind the stylised scenery: photographs taken by journalists or members of the public in Egypt, found in newspapers or on blogs, Facebook and Twitter, to whom Hammam gives a credit. Close attention needs to be paid to what is really going on, for she camouflages the images within the softly coloured, masterly painting of antique Japanese screens depicting nature scenes. When displayed side by side, these two series portray with great impact the change that took place in the mentality of the military and the demonstrators within just one year – one year in which many dreams were shattered and hope and innocence lost while the struggle continued for social rights, justice and accountability in the face of violence, chaos and hidden agendas. Hammam’s art questions “reality”: how it changes over time – in these series, over one year – and through social, political or, in her case, photographic, manipulation. But while dramatic changes continue to take place in Syria, Egypt, Tunisia, Libya, Bahrain and Iran, not everyone is willing to sacrifice their life to tension, insecurity, loss of freedom or worse – war. Following the instability, the brain drain and flight of wealth to the West or neighbouring countries has started once again, forcing one to ask who is profiting from the political and social upheaval. And who is biding their time behind legitimate revolts, waiting to turn the population’s anger and frustration to their own benefit? Hammam is there with her camera, for she knows that with time, some truth comes to light. Rose Issa 8

During Egypt’s January revolution we heard with apprehension that the army was on its way. This mythical force was leaving its barracks in the desert and joining citizens in Tahrir Square. And then they came, descending upon us in the square, cumbersome tanks screeching through Cairo’s desolate streets where, only days before, there had been bustle and congestion. But as the hatches opened, and doors of military vehicles were thrown wide, what emerged was not the angry stereotypes of power and masculinity we expected, but wide-eyed youths with tiny frames, squinting at the cacophony of Cairo. The soldiers’ vulnerability and sheer youth baffled me. I had come to Tahrir to photograph images of military might. Instead, what emerged was its opposite: military tenderness, virile coquetry and masculine frailty. Watching these young soldiers in ill-fitting army fatigues, astride incongruous military hardware, I wondered. “What is power and who, ultimately, wields it?” Then it dawned on me: power is a myth, a construct. It resides only in the images that we hold of it, rather than in its inherent reality. During that time, the power of the military was symbiotic: a frantic to and fro between army and civilians. Power conferred by onlookers, endorsed by long-held beliefs and projected back on those who looked on it, as fact. Soldiers and citizens alike engaged in that transference of power: from us to them and back. Growing up, we learned that power has a certain “look”. Now, I see that it is an elaborate performance complete with props. What transforms wide-eyed youths into the loaded symbol of the army is a carefully choreographed performance of uniforms and equipment, a strength in numbers, a united display of force. In the act of photographing the soldiers, unwittingly the individual was reclaimed from the group, “re-personalising” the “de-personalised” and unmasking the spectacle. Individual soldiers were caught in unguarded moments, laying down their display of power, young and vulnerable amidst their gadgetry. In this process, I found myself approaching power from an unexpected vantage point that allowed me to see that other side of power: the frailty that crouches behind stereotypes of force masquerading in a regalia of military hardware. After seeing these protagonists, so young, innocent and de-masculinised, I felt an urge to parody propaganda posters from the 1940s and 1950s that feature strong nubile men and women in idealised settings; posters parading power to the masses. During the 18 days of revolution, in the 10

This series was inspired by 17th- and 18th-century Japanese screens, and consists of 20 multimedia works depicting stylised Japanese landscapes, carefully intersected with explicit footage of police brutality in the year following Egypt’s 2011 revolution. The concept originally evolved from a personal experience of a day in Cairo when I witnessed young Egyptian protestors losing their lives in Tahrir Square, while less than one kilometer away city life progressed undisturbed. The experience affected me in ways I couldn’t really pinpoint or find an appropriate name for. Many around me referred to it as “the twilight zone”, a place where little sense can be found, where the expectations that structure everyday life oscillate between the absurd, the nauseating and the necessary. The sensation had a common tonality to it, a familiarity that recalled times and places far removed from Tahrir. Most of us have experienced this feeling when, for instance, at dinner or in a cab on the way to some joyous occasion, distant images of starving children, war, or petty criminality have been hurled at us by an impersonal TV screen. Suddenly, all the absurdity of our daily lives comes crashing against these images, into a pool of generalised anxiety. At other times, we just turn our gaze away, or turn the TV off, not ready to deal with the thoughts that flow in the aftermath. As Susan Sontag said, “The pain of others can become the subject of crisis, avoidance or repression, but more often than not it simply ends up generating an alarming form of fatigue.” When someone actually dies, they only die once before the feeling of loss makes room for mourning. When they die on camera, their death is distorted in the endless loop of info-tainment, and the spectacle of their pain grants their agony a perverse form of immortality. Images on repeat build up our emotional immunity, a shell that threatens to cut us off from our humanity, our capacity for empathy. And so, we must look away, or stare unending pain in the eye and become monsters. Japanese screens allowed me to play around with these uneasy feelings, and also, perhaps, to understand my role in the industrial production of this generalised indifference. The aesthetic distance they provided, that of Japanese good manners and taste, allowed me to gaze at the minute horrors of military rule without feeling robbed of my humanity. This wasn’t the political reality happening in my backyard; these scenes took place in a faraway land between medieval Japan and contemporary Egypt. A fictitious space close enough that I cared to look at it, and far enough away that I didn’t have to be moved by it. In other words, I was just looking at art. This breathing room the screens grant comes at a price, for distance entails irony. By framing scenes of shocking pain, the 26

Image source: photo by Khaled Elfiqi. A woman is taken away by the Egyptian army during clashes in central Cairo on 16 December, 2011. 27

Image source: photo by Reuters/Stringer taken on 17 December, 2011 depicting Egyptian army soldiers beating demonstrators with batons in Tahrir Square in a second day of clashes that killed nine people and wounded more than 300, marring the first free election most Egyptians have ever experienced. Superimposed on Japanese six-fold paper screen 35

“One year on from creating Upekkha, I ask myself: ‘Is that really how I saw things?’ I suppose even in the days of euphoria, I had the uncomfortable feeling that betrayal was possible. Perhaps, unconsciously, I always knew that Unfolding was coming.” 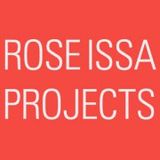 Published by the Mosaic Rooms in association with Rose Issa Projects, to accompany the first UK solo show of Egyptian artist Nermine Hammam....

Published by the Mosaic Rooms in association with Rose Issa Projects, to accompany the first UK solo show of Egyptian artist Nermine Hammam....