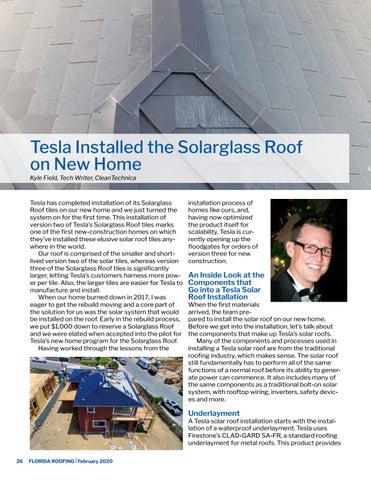 Tesla has completed installation of its Solarglass Roof tiles on our new home and we just turned the system on for the first time. This installation of version two of Tesla’s Solarglass Roof tiles marks one of the first new-construction homes on which they’ve installed these elusive solar roof tiles anywhere in the world. Our roof is comprised of the smaller and shortlived version two of the solar tiles, whereas version three of the Solarglass Roof tiles is significantly larger, letting Tesla’s customers harness more power per tile. Also, the larger tiles are easier for Tesla to manufacture and install. When our home burned down in 2017, I was eager to get the rebuild moving and a core part of the solution for us was the solar system that would be installed on the roof. Early in the rebuild process, we put $1,000 down to reserve a Solarglass Roof and we were elated when accepted into the pilot for Tesla’s new home program for the Solarglass Roof. Having worked through the lessons from the

installation process of homes like ours, and, having now optimized the product itself for scalability, Tesla is currently opening up the floodgates for orders of version three for new construction.

When the first materials arrived, the team prepared to install the solar roof on our new home. Before we get into the installation, let’s talk about the components that make up Tesla’s solar roofs. Many of the components and processes used in installing a Tesla solar roof are from the traditional roofing industry, which makes sense. The solar roof still fundamentally has to perform all of the same functions of a normal roof before its ability to generate power can commence. It also includes many of the same components as a traditional bolt-on solar system, with rooftop wiring, inverters, safety devices and more.