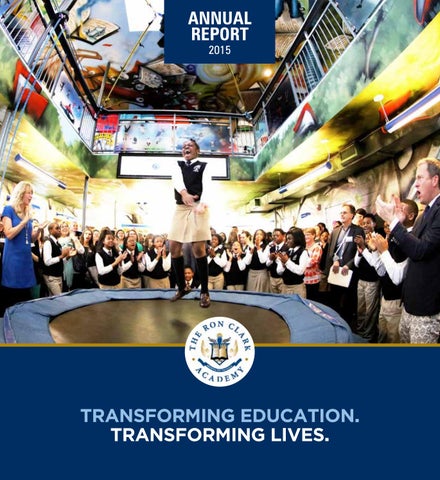 OUR MISSION To deliver the highest quality educational experience where global citizens are born through advanced rigor, engaging teaching methods, and a passionate climate and culture.

YEAR IN REVIEW Seventh grade students studied the history, culture and art of Italy during the third quarter and then traveled to Venice, Rome, and Pompeii over spring break. The Amazing Shake competition gives our students real world experience in developing their business etiquette and “soft skills” – communication, social grace, relationship building and poise. This year, finalists traveled from ATL to NYC. Jasmine Stewart was named the 2015 winner! She is the first fifth grader to win the Amazing Shake.

The Essentials Step Team was named the Break the Stage National Champions in 2015. They will be competing for their third title this summer.

RCA hosted the 5th Annual Model United Nations Conference. Georgia Tech, Emory, Morehouse, and Agnes Scott College students chaired the committees along with our very own Niles Boyd (2016). RCA teacher Wade King was the director of the conference, which had over 200 students participate (most ever) from 16 schools all over the Southeast.

For a second year in a row, four RCA alumni attended the White House Science Fair as honored guests for their outstanding achievements in mathematics. Peter Warrick, Jr., Brandon Benn, Shawl Pryor and Quivion Wynn were the 2015 winners of the MATHCOUNTS Video Challenge. They met President Obama. We have accepted 34 new students as incoming 5th graders to the Class of 2020.

Students traveled to Europe, visiting Paris and London, and making a first-ever RCA visit to Barcelona. Students traveled to San Francisco, California, to demonstrate a “model classroom” for Promethean Class Flow. Eighth-grade students traveled to Soweto, South Africa, to learn about the history and culture, volunteer in schools and orphanages, and visited Kliptown Youth Program.

The Essentials Step Team was named the Break the Stage National Champions in 2015 for their magical Arabian Nights themed performance.

We reached a milestone by hosting over 35,000 educators for training at RCA within the past nine years. Our new state-of-the-art gym and educator training facility allowed us to host 400+ educators for the national educators’ conference at RCA. Georgia Power partnered with RCA to train STEM teachers from across the state of Georgia.

Kim Bearden was inducted into the National Teachers Hall of Fame. With over 28 years of classroom experience, Kim continues to teach 5th and 6th grade while being the Executive Director at RCA.

Students worked with Staples and product developers at Aruliden to make 11 new products a reality. The “Designed by Students” products are available in Staples stores. Deloitte partnered with RCA on a two-part skills-building service project to work with RCA students and local area 4th graders.

Ron Clark inspired the world when a video of him dancing with RCA students went viral, charting more than 80 million collective views and spawning national media coverage for several weeks. A special segment with Kim Bearden and Ron Clark aired on HLN TV entitled “Making Black History,” highlighting RCA’s commitment to teaching and celebrating culture. The message of the Ron Clark Academy has reached all the way to Europe. The TV show, “Galileo,” filmed a documentary about the mission of RCA that aired in Germany. Ron Clark released his fourth book, Move Your Bus: An Extraordinary New Approach to Accelerating Success in Work and Life.

Promethean generously donated iPads and ClassFlow to help our students learn with integrated technology. Comcast sponsored our staff to attend diversity training with renowned presenter Al Vivian from BASIC Diversity. Kirk Brown, Senior Director of Development, was awarded Atlanta Business Chronicle’s “Who’s Who 30 Under 30.” Dr. Camille Jones was awarded the prestigious Presidential Award for Mathematics and Science Teachers. Each year, only two educators from each state receive this recognition. She was presented her award by President Obama at a ceremony at the White House earlier this year. Kim Bearden was inducted into the National Teachers Hall of Fame (NTHF). Each year, the NTHF recognizes 5 exemplary educators from across the nation for their contributions to education. She will be honored at the White House by President Obama in May.

The “Do It Like Me Challenge” video received over 80 million views and was a trending topic. Students were able to visit 107.9 in Atlanta, HLN TV, and CNN with Don Lemon.

In vitae sodales ante. Maecenas a mi enim. Mauris vestibulum maximus tortor, vitae blandit leo sagittis quis. “We expect our students to represent the RCA ideals of respect and discipline Curabitur eros urna, – Zyan Wynn in the classroom, on the court, in the mall, in the van, and everywhere: 8th Grader

CHARACTER throughout their lives.” – Ron Clark

MASTER EDUCATORS We have assembled a team of the top educators in the country. To learn more about their tremendous accomplishments and backgrounds, visit www.ronclarkacademy.com.

Spanish Teacher Ms. Estrada Bailey has a flare for language and is a role model to our RCA girls by serving our South Atlanta community.

Ms. Haskins incorporates language and culture into all of her lessons.

Dr. J received the Presidential Award for Excellence in Mathematics in 2015.

Physical Education Teacher The first to jump on stage, Mr. Walker’s shares his high energy through his leadership, communication. and PE classes.

OUR VISION To be the best school in the world by demonstrating transformative methods and techniques that are embraced and replicated everywhere.

STAFF We have assembled a team of the top staff members in the country. To learn more about their tremendous accomplishments and backgrounds, visit www.ronclarkacademy.com

BOARD OF TRUSTEES Our board and advisory council consistently give of their time, talents, and resources to help us change lives. We are grateful for their tremendous support.

Including the Capital Campaign

Fees from training days and conferences

The Ron Clark Academy is a non-profit school and is a 501(c)(3) Public Charity.

OF SCHOOLS ATTENDED ARE PRIVATE

REVOLUTION Each year, thousands of educators – teachers, administrators, and superintendents– participate in our educator training programs to learn how to replicate RCA’s style, philosophy and success in their own schools.

TRAINING DAYS IN ONE SCHOOL YEAR

NEW EDUCATORS ON THE

IN ONE SCHOOL YEAR

HEAD OF THE CLASS

* Donors who made in-kind contributions to the Ron Clark Academy

GOAL SCHOLARSHIP DONORS The Georgia GOAL Tax Credit Program enables Georgia residents to redirect their state income taxes to fund scholarship for students at the Ron Clark Academy. This is an incredible opportunity for RCA students, and we are thankful to the following donors who participated during the 2015 tax year.

In Georgia, 9,038 taxpayers contributed to GOAL for a 2015 tax credit. Your involvement in this program provides improved educational opportunities for 89 students at the Ron Clark Academy. To select the Ron Clark Academy as the recipient for these state funds, visit www.ronclarkacademy.com/GOAL

SOCIAL Thanks to the friends of RCA we have had a major increase in our online following this year. RCA fans stay connected on social media and share these positive messages daily.

Periscope allows us to share events and trips and broadcast the video NEW FOLLOWERS ON PERISCOPE live to educators around @ronclarkacademy the world.

“Do not go where the path may lead; go instead where there is no path, and leave a trail.” – Ralph Waldo Emerson

A year in review 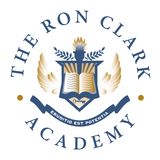