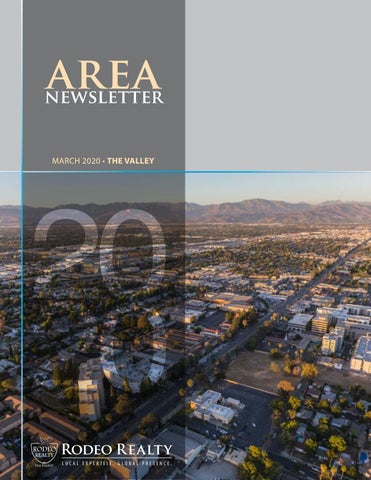 A Panorama City office tower has risen from the

- are more likely to

rubble of the Northridge earthquake after almost three decades.Newly transformed into a high-rise apartment complex, the Panorama Tower on Van Nuys Boulevard originally opened its doors in 1962. It was designed by Welton Becket, the architect behind the Cinerama Dome and the Capitol Records building. But after being damaged in the 1994 earthquake, it was left in disrepair, becoming the target of vandals and trespassers. A turnaround began in 2015 when developer Izek Shomof bought the property for $12.5 million. Living there will prove a little costlier now: rents reportedly start at $1,550 for a studio and $1,900 for a one-bedroom in the 194-unit complex.

L.A. Named Top Global Real Estate Market Los Angeles has been ranked the top real estate investment market in the world – just as concerns about the global economy have investors retreating to the safety of real estate. Schroders’ Global Cities Index named Los Angeles No. 1 based on economic,

investors believe. This is the fourth year in a row Schroders’ Global Cities Index has named Los Angeles as the global leader in real estate investment.

Developer Opens Door to Affordable Housing at $1.5B Warner Center Project Plans for an ambitious $1.5 billion development at Warner Center have been remodeled to include affordable housing units. The developer submitted the revised proposal for the project - which is called Promenade 2035 - to the City of Los Angeles after months of community feedback. One hundred rentcontrolled units will now be part of the first 1,000 units it builds. As envisioned, Promenade 2035 will create 34 acres of plazas, new housing, hotels, shops and cafes in Woodland Hills. The rent-restricted units

Community News geothermal energy annually for the city. This latest move comes as all cities across the state move toward going green. By California law, they are required to be using 100% clean energy by 2045. The new arrangements will mean Glendale will be drawing 56% of its energy use from renewable sources by 2023 – up from 45% right now. That marks an increase of will be designated for tenants who earn below the median income. Fifty more units will be reserved for local workers. Another revision to the original plans is the reduction of the event venue. Instead of a 15,000seat sports and entertainment center, URW is now proposing either a 10,000-seat enclosed arena or 7,500seat open-air design.

20% from 2018 when only 36% of the city’s energy portfolio was made up of renewable sources. In late 2019, council members voted to buy a stake of a solar and battery storage project in the Mojave Desert.

Fewer Scooters Scattered on Streets The explosion of electric scooters and bikes may be sputtering out. According to a report from the Los Angeles Department of Transportation, there were only 12,776 devices distributed around the city in December. That’s down sharply from July 2019 when 26,782 vehicles were out on the streets. Even in September 2018, when Bird was the only company in the business, there were as many as 15,000 deployed. Moreover, while more than 1.2 million rentals were accounted for in August 2019, by December, the number had dropped to less than half that.

Spotlight LESSONS LEARNED TO KEEP YOU AND YOUR FAMILY SAFE AND HEALTHY For all the complexities of the coronavirus, its lessons are simple. Soap. Water. Think about others. Eat healthy. Prepare for the worst. So let’s take a moment, as we move forward in time, to remember the ways we can keep ourselves and others safe from harm - for now, and the next time.

WASH YOUR HANDS A splash of water and a quick shake is not enough. Nor is a dab of soap that barely lathers. Instead, you should soap and scrub for at least 20 seconds - and longer if you’ve been sneezing or coughing. Wash them after you’ve been out in public. Wash them before you eat. And please, wash them after you’ve used the bathroom. As we all know by now, you should be able to sing “Happy Birthday” twice from the time you turn the taps on to the time you towel off.

WATCH HOW YOU COUGH OR SNEEZE Cover your face, your mother probably scolded you after you sneezed. Turns out, the CDC says your mother was right. (As moms usually are.) Use a tissue to shield the cough or sneeze and if a tissue is not within grasp, bury the blast in your sleeve or elbow.

MAINTAIN A HEALTHY DISTANCE The term “social distancing” has been carved into the popular lexicon, but really, it’s just another way to remind you about germs. They’re out there. They don’t mean you well. And they’re usually on people, especially strangers, and the knobs, rails and handles they touch. Whether it’s this pandemic or the next, you should always remember how illnesses spread.

stauKEEP IN SHAPE Staying healthy starts with being healthy. So do all the things you know you should be doing, but probably don’t: exercise, drink lots of water, get at least eight hours of sleep, consume food that supports your immune system (hint: it’s green and comes in the vegetable aisle) and maybe pop a vitamin. Your body will thank you for it during the next flu season or outbreak.

STAY STOCKED Walking into a store to find its shelves stripped bare is troubling enough if you’re just looking for a snack – never mind if you need medicine. So keep enough on-hand to last at least a month - from prescriptions to over-thecounter supplies. And you should have at least two weeks of food and water stocked, too. Because this probably won’t be the last emergency you see.

WHEN SICK, STAY HOME There was a time when if you were under the weather, you went to work anyway. But that only slows your recovery and exposes others to illness. Take a sick day. That’s why you have them.

SHOW YOUR ELDERS SOME LOVE Time is precious for the elderly. So while caregivers have to do what they can to keep the older population safe from harm, which can include limiting exposure to germ-carrying grandchildren and great-grandchildren, it’s just as important emotionally to let them know they are not alone. 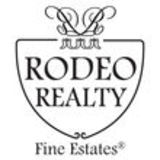