Beyond the Ramparts of the Unknown 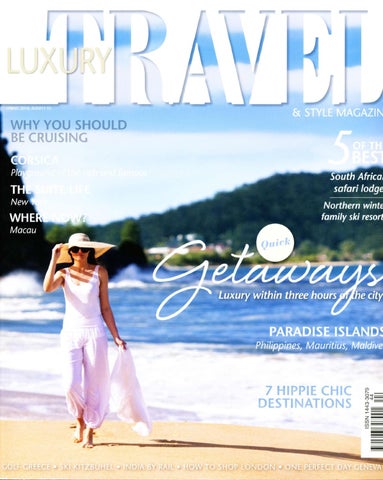 WHERE TO STAY TARRALEAH ESTATE is situated on 300 acres surrounded by national park and World Heritage protected temperate rainforest. The self-contained adventure town offers world-class trout fishing, bushwalking and canoeing and is supported by a range of accommodation options including a luxury lodge called The Lodge. Rates at The Lodge start at A$395pp inc meals and use of amenities. Tel: 61 3 6289 3222 www.tarraleah.com

Beyond the Ramparts of the Unknown ONE OF THE WORLD’S GREATEST WALKING DESTINATIONS IS ON OUR VERY DOORSTEP RODERICK EIME DISCOVERED.

he raw appeal of the Tasmanian mountainscape has captured the imagination of visitors for decades. Most visitors to Tasmania interested in a walking holiday will yield to the allure of the UNESCO World Heritage Cradle Mountain Lake St Clair National Park where the signature accommodation is the swanky Cradle Mountain Lodge. The more serious walkers can take specially organised and guided packages utilising a series of private eco-friendly huts over

a six-day itinerary that incorporates the very best of the park. Each day’s walking is about four hours and prices include food, accommodation and a loan jacket. If you do nothing else, be sure to complete the Dove Lake circuit, a relaxed two hour dawdle around this imposing feature that is one of Australia’s most instantly recognisable vistas next to Uluru and the Sydney Harbour Bridge. Tasmania is one of the world’s great walking destinations, so don’t limit yourself to one location. Scoot over to the east coast for the

Tour company Anthology operates both the Cradle Mountain Huts walk and the Bay of Fires walk. Both are seasonal, with the walks running between 1 October 2010 and 1 May 2011. Walkers need only be of moderate

other signature Tasmanian track, the Bay of Fires Walk. The four-day coastal trek passes through the Mount William National Park and culminates in a sublime kayak along Ansons River frequented by sea eagles and platypuses. With one night en route at the Forester Beach Camp and two at the Bay of Fires Lodge. Groups are limited to just ten walkers. The lodge itself is situated 40 metres above a secluded white sand beach, ideal for a quick, invigorating dip or snorkel. A model of ecologically sensitive construction, the award-

Tel: +61 3 6392 2211 Website: www.anthology.travel Another company called The Great Walks of Tasmania offers walks in The Tarkine Wilderness, Freycinet and the South West Cape. Check the website for details. www.greatwalkstasmania.com

Tasmania’s mild climate makes the island state a year-round destination. While winters can be cold, spring and autumn are always popular. The west coast is one of the rainiest parts of Australia, while Hobart is one of the driest cities.

winning pavilion is solar-powered and features composting latrines and its own massive rainwater tanks. “This is where we get a few ‘ohs and ahs’”, says Daisy, a Californian science graduate-cum-full-time guide at Bay of Fires, as we take in the sweeping vista across a perfectly white beach on the Abbotsbury Peninsula directly beneath us. Behind us is the historic Eddystone Point Lighthouse which marks the island’s easternmost point. The view goes on forever. “On a day like today, you can just make out Cape Barren Island” (nearly 50kms to the north), Daisy explains. In the centre of Tasmania are the alpine lakes and craggy mountains that make such great postcards. Plum in the middle of the island and on the eastern border of the vast UNESCO World Heritage-listed Franklin-Gordon Wild Rivers National Park is Tarraleah, a former hydroelectric working town, now a delightful hamlet pared down from its original sprawl to just the core buildings. The schoolhouse, church, hotel, supermarket, hall and chalet have all been reborn to serve the new single-minded community w w w. l u x u r y t r a v e l m a g . c o m . a u

dedicated to natural pursuits such as bushwalking, trout fishing, canoeing, mountain-biking and bird-watching. “Ten to two … pause …. flick,” implores fishing master Robbie as I struggle with the expensive rod and reel. Robbie’s meticulously tied fly obediently skits back and forth over the training pond as mine circles erratically then dives pathetically a few feet from shore. Trout fishing is a relaxing, almost transcendental pursuit, I’m told. Catching the fish is surely secondary to training emu feather dry flies to lure finicky trout. Still, I persist. The old art-deco chalet has undergone the greatest transformation and is now a multi-awardwinning lodge offering superior dining with a nightly degustation menu, and spa treatments in the newly-constructed bathhouse adjacent. Tasmania is a member of that elite geographic group of the world’s most southerly inhabited lands, the executive of which includes just New Zealand’s South Island and Patagonia. In a world apparently shrinking through globalisation and mass transit, venturing to the ends of the Earth may just be the escape clause we need. 

CRADLE MOUNTAIN LODGE, Cradle Mountain is set on the northern edge of the World Heritage listed Cradle Mountain/ Lake St. Clair National Park and is the closest you can stay to the numerous walking trails. After the hard trek through the park, the Lodge offers complete luxury in its few suites, cabins and indulgent day spa. Rates per night for two people start at A$300 and include breakfast as well as access to 20 self guided walking tracks, a native animal briefing and slide presentation. Tel: 61 3 6492 2103 www.cradlemountainlodge.com.au For comprehensive travel information on Tasmania go to: www.discovertasmania.com

Beyond the Ramparts of the Unknown 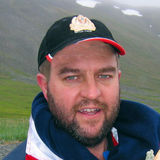