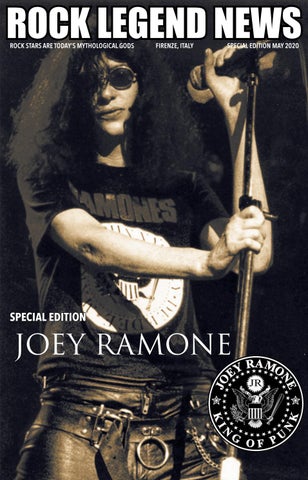 All Rock Legend News magazines are published and distributed by Alchemist Publishing LLC, USA & Italy, through ISSUU, the world’s largest electronic publishing and discovery platform for magazines, catalogs, newspapers, and other publications and registered with R.R. Bowker LLC., based in New Providence, New Jersey, and incorporated in Delaware, an exclusive agent for issuing International Standard Book Numbers (ISBNs) for works to the book trade, including publishers, booksellers, libraries, and individuals; its roots in the industry trace back to 1868.

Rock Legend News includes Entertainment, Arts & Technology. Full issues from 2016-2019 are FREE to download, read or save for later. These issues are not sold anywhere in the world but available to anyone in the world thanks to advanced technology options. While many publishers are ending traditional & limiting print publishing,

Rock Legend News gives you the opportunity to contribute your work and have it published in a high end, well-respected independent publication. Being published exposes your work around the world. We look forward to publishing your work. Deadline is 15th of any month. Upon reviewing submissions, Rock Legend News Magazine reserves the rights to Accept or Deny any submission we receive. Submissions are reviewed based on its content, quality, relevance and the availability of space in the issue to be published. If you are submitting photos note that Rock Legend News is located in Italy and abides by Italian law: Simple photographs grant a number of “minor” rights. The author, in fact, has the exclusive right of reproduction and distribution/ sale besides the right of an appropriate payment for the use of the photographs, providing they display the following details: the photographer’s name; the date when the photograph was taken; the author’s name of the photographic work of art. Failing this, the reproduction is not illicit and payment nor image removal is not due. Currently, Rock Legend News offers only advert credit. To submit music, photos, info our preferred format is Links and URLs. More info can be found at: rocklegendnews.com/contact

were an American punk rock ban 1974. They are often cited as the first true punk rock group. Despite achieving in the United States and the United Kingdom.

All of the band members adopted pseudonyms ending with the surname “Ra 2,263 concerts, touring virtually nonstop for 22 years. In 1996, after a tour w disbanded. By 2014, all four of the band’s original members had died – lead guitarist Johnny Ramone (1948–2004) and drummer Tommy Ramone (1949

Recognition of the band’s importance built over the years, and they are now ber 26 in the Rolling Stone magazine list of the “100 Greatest Artists of All Tim the Ramones were ranked the second-greatest band of all time by Spin, traili Tommy’s replacement on drums, Marky Ramone, were inducted into the Rock died by then. In 2011, the group was awarded a Grammy Lifetime Achieveme

nd that formed in the New York City neighborhood of Forest Hills, Queens in g only limited commercial success initially, the band was highly influential

amone,” although none of them were biologically related. They performed with the Lollapalooza music festival, the band played a farewell concert and singer Joey Ramone (1951–2001), bassist Dee Dee Ramone (1951–2002), 9–2014).

mentioned in many assessments of all-time great rock music, such as numme” and number 17 in VH1’s “100 Greatest Artists of Hard Rock.” In 2002, ing only the Beatles. On March 18, 2002, the original four members and k and Roll Hall of Fame on their first year of eligibility, though Joey had ent Award. https://en.wikipedia.org/wiki/Ramones

In A Little While U2

oey Ramone died at the age of 49 following a seven-year battle with lymphoma at New York-Presbyterian Hospital on April 15, 2001, a month before he would have turned 50.

He was reportedly listening to the song “In a Little While” by U2 when he died. In an interview in 2014 for Radio 538, U2 lead singer Bono confirmed that Joey Ramone’s family told him that Ramone listened to the song before he died, which Andy Shernoff (The Dictators) also confirmed. Jeffrey Ross Hyman (May 19, 1951 – April 15, 2001).

Listen “All the other singers [in New York] were copying David Johansen (of the New York Dolls), who was copying Mick Jagger... But Joey was unique, totally unique.” — Dee Dee Ramone Joey Ramone is interred at Hillside Cemetery in Lyndhurst, New Jersey.

effrey Ross Hyman (May 19, 1951 – April 15, 2001), known professionally as Joey Ramone, was an American musician, singer-songwriter, and lead vocalist of the punk rock band the Ramones. Joey Ramone’s image, voice, and tenure as frontman of the Ramones made him a countercultural icon.

On November 30, 2003, a block of East 2nd Street in New York City was o once lived with bandmate Dee Dee Ramone and is near the former site o man’s birthday is celebrated annually by rock ‘n’ roll nightclubs, hosted in CBGB’s, Ramones live, 1977

officially renamed Joey Ramone Place. It is the block where Hyman of the music club CBGB, where the Ramones began their career. Hyn New York City by his brother and, until 2007, his mother, Charlotte.

In September 2010, the Associated Press reported that “Joey Ramone Place,” a sign at the corner of Bowery and East Second Street, was New York City’s most stolen sign. Later, the sign was moved to 20 ft (6.1 m) above ground level. Drummer Marky Ramone thought Joey would appreciate that his sign would be the most stolen, adding “Now you have to be an NBA player to see it.

Joey Ramone ...Ya Know? Documentary After several years in development, Ramone’s second posthumous album was released on May 22, 2012. Titled ...Ya Know?, it was preceded on Record Store Day by a 7” single re-release of “Blitzkrieg Bop”/”Havana Affair.” ..Ya Know? is the second and final solo album by Joey Ramone. It was released posthumously on May 22, 2012. The album features producers Ed Stasium, Jean Beauvoir, Daniel Rey (all of whom worked with the Ramones), Joey’s brother Mickey Leigh and Joe Blaney. Musicians include Joan Jett, Steven Van Zandt, Richie Ramone, Holly Beth Vincent, Genya Ravan, members of Cheap Trick and The Dictators and Mickey Leigh. The songs from the album were originally recorded by Joey as demos with overdubs added later by his musician friends.

JOEY RAMONE Jeffrey Ross Hyman was born on May 19, 1951, in Queens, New York City, New York to a Jewish family. His parents were Charlotte (née Mandell) and Noel Hyman. He was born with a parasitic twin growing out of his back, which was incompletely formed and surgically removed. The family resided in Forest Hills, Queens, where Hyman and his future Ramones bandmates attended Forest Hills High School. He grew up with his brother Mickey Leigh. Though happy, Hyman was something of an outcast, diagnosed at 18 with obsessive–compulsive disorder. His mother, Charlotte Lesher, divorced her first husband, Noel Hyman. She married a second time but was widowed by a car accident while she was on vacation. Hyman was a fan of the Beatles, the Who, David Bowie, and the Stooges among other bands, particularly oldies and the Phil Spector-produced “girl groups.” His idol was Pete Townshend of the Who, with whom he shared a birthday. Hyman took up the drums at 13, and played them throughout his teen years before picking up an acoustic guitar at age 17. Sniper In 1972 Hyman joined the glam punk band Sniper. Sniper played at the Mercer Arts Center, Max’s Kansas City and the Coventry, alongside the New York Dolls, Suicide, and Queen Elizabeth III. Hyman played with Sniper under the name Jeff Starship. Hyman continued playing with Sniper until early 1974, when he was replaced by Alan Turner. In 1974, Jeffrey Hyman co-founded the punk

rock band the Ramones with friends John Cummings and Douglas Colvin. Colvin was already using the pseudonym “Dee Dee Ramone” and the others also adopted stage names using “Ramone” as their surname: Cummings became Johnny Ramone and Hyman became Joey Ramone. The name “Ramone” stems from Paul McCartney: he briefly used the stage name “Paul Ramon” during 1960/1961, when the Beatles, still an unknown five-piece band called the Silver Beetles, did a tour of Scotland and all took up pseudonyms; and again on the 1969 Steve Miller album Brave New World, where he played the drums on one song using that name. Joey initially served as the group’s drummer while Dee Dee Ramone was the original vocalist. However, when Dee Dee’s vocal cords proved unable to sustain the demands of consistent live performances, Ramones manager Thomas Erdelyi suggested Joey switch to vocals. Mickey Leigh: “I was shocked when the band came out. Joey was the lead singer and I couldn’t believe how good he was. Because he’d been sitting in my house with my acoustic guitar, writing these songs like ‘I Don’t Care’, fucking up my guitar, and suddenly he’s this guy on stage who you can’t take your eyes off of.” After a series of unsuccessful auditions in search of a new drummer, Erdelyi took over on drums, assuming the name Tommy Ramone.

The Ramones were a major influence on the punk rock movement in the United States, though they achieved only minor commercial

Part 1/3 1,147,801 views • Aug 6, 2011 The Ramones - Last Concert In this video: “If this is the last show the Ramones do, then it’s an insult to the intelligence of the world and a shame for rock and roll,” said Lemmy of Motorhead in an interview the night of the final gig.“ They are one of the best bands you’ve ever seen. Neglect them at your peril. They will teach you everything about rock and roll. Everything about rock and roll was in those songs, and if they’re gone, then it’s a damn shame.” Read More: The Night the Ramones Played Their Last Show | https://ultimateclassicrock.com/ ramones-last-concert/?utm_source=tsmclip&utm_medium=referral YOUTUBE COMMENT

success. Their only record with enough U.S. sales to be certified gold in Joey’s lifetime was the compilation album Ramones Mania. Recognition of the band’s importance built over the years, and they are now regularly represented in many assessments of all-time great rock music, such as the Rolling Stone lists of the 50 Greatest Artists of All Time and 25 Greatest Live Albums of All Time, VH1’s 100 Greatest Artists of Hard Rock, and Mojo’s

Mr. Springfield’s Studio Of Happiness - 3 years ago “Never be another singer like Joey so unique you can’t match it fast catchy and truly a very special voice.”

“Some people commit suicide, some people just hang in there like us.” —Joey Ramone Howard: Joey you never made a secret about it, you had problems with drugs and stuff right? Drinking, is that what it was? Joey: I didn’t have a problem, I just enjoyed it. 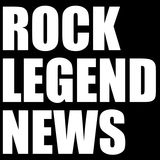