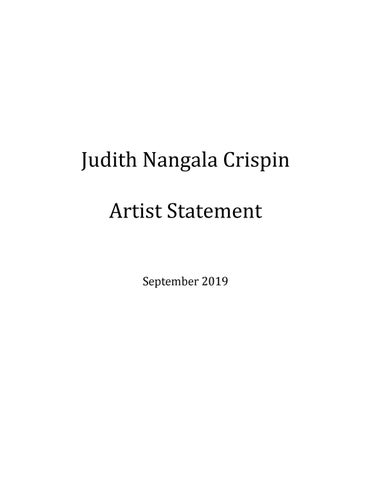 Judith Nangala Crispin - A bird is a shadow of something standing in the light. Over the beach, while Lee cradles an air-drowned penguin in her arms, a new bird casts itself from the fabric of space&quot; Lumachrome glass print, clichĂŠ-verre, chemigram. Air-drowned fairy penguin (found by Lee), sand, seeds, crayon and chalk on fibre paper. Exposed 32 hours under marked perspex. Image

Artist Statement My visual arts practice is centred around lumachrome glass printing, a combination of lumen printing, chemigram and clichĂŠ-verre techniques. It has grown out of my search for my familyâ&amp;#x20AC;&amp;#x2122;s lost Bpangerang ancestry, and my relationships with women elders on Country. These works are the result of genuine collaboration with the landscape. They are literally constructed from light, earth and flesh. I love this technique of lumachrome glass printing for its ability to make dead animals and birds seem alive again. It is light alone that manifests these colours and shapes- not paint or anything that can be completely controlled. Indigenous culture honours fallen animals through ceremony and ritual. In the central desert, dingoes were sometimes buried in caves like human beings, their bones painted with ochre and wrapped in paperbark. In Aboriginal cultures, as well as many others, it is primarily women who attend births and deaths. This practice of Lumachrome glass printing is my response to, and expression of, Culture. I am honouring the animals and birds who lose their lives around me. My artistic process, which I have largely invented from scratch, involves arranging blood, clay, sticks, leaves, seeds, resin, ochres, etc., with road-killed animals or birds, on light-sensitised paper. I do this en plein air, at the very place where the creature has died, to avoid disturbing their remains more than I have to. The process does not harm the cadaver, it is as simple as placing specially prepared paper beneath the body and safeguarding it against weather and predators with a perspex box. Exposed 24 to 36 hours, while the sun arches east to west, fibre papers produce surprising arrays of colour. Over this I layer cliche-verre plates coated with resists of wax or paint, scratched with wire to create lines. Sometimes I run electric currents over these plates to produce crystals in the ochre. For finer detail, I use chemigram variants, painting compounds like selenium or copper chloride. I have called this Lumachrome glass printing because light produces colours in the emulsion (Lumachrome) and I use layered glass plates. My process is different, adaptive, for each print. If an animal or bird produces blood or other fluids, I paint them into the image with a soft brush. Ochres, seeds, sticks, and other materials, are sourced where the animal or bird was found. If maggots and flies appear, their tracks are incorporated into the work. When the print is complete, the animal or bird is not buried or moved. It is left to decompose at the place where it fell, or to be taken by foxes or eagles in accordance with nature. These images are intended as a collaboration with Country. Their materials

are drawn from Country – literally, through the use cadavers, ochres, sticks, grass and light to honour the animals and birds killed on our roads. All of my current artistic work, image creation and also writing, is deeply rooted in the idea of finding a shared language with the sentient landscape – not an inherited language, not something gained through a tribe or custodian, not something theorised in a university, but a genuine connection between an individual and the ground where they stand.

Artist and poet Judith Nangala Crispin discusses her approach to her art.