35 Years of Art and Design at RIC 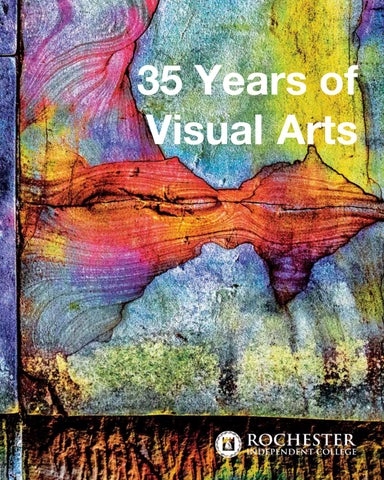 35 Years of Visual Arts This exhibition catalogue celebrates 35 years of art and design at Rochester Independent College. A traveling Exhibition of 2019 student work, alongside pieces by RIC alumni and teaching staff, started at the Halpern Gallery in Chatham, followed by the Horsebridge Gallery in Whitstable and then to the Sun Pier House Gallery at Rochester Riverside. In July 2020 it will be presented at the Pie Factory in Margate. The college was founded in 1984 and now has an international reputation with our staff and students coming from all over the world. The Art Department encourages creativity in a variety of subjects including Fine Art, Graphics, Photography,Textile Design, 3D Design, Film and Media, Drama and Theatre Studies and Music.

Monika in September by Ginta Regina

University for the Creative Arts

This Autumn 2019, textile artist Francesca Baur brought her unique natural hand-printed textiles to Rochester Art Gallery as the culmination of a year-long project supported by Arts Council England. Whitstable-based Francesca’s trademark, eco-friendly local textiles, employ traditional skills, from growing the flax for linen to seasonal foraging and making natural plant dyes. Francesca was educated at Middlesex and Goldsmiths and has taught A level and GCSE textiles at RIC since 2018.

Joe is an illustrator with an undying love for drawing fantastical characters, and the worlds they inhabit. He has worked in various illustrative fields with a focus on creating comics, and designing characters and their worlds. Joe was a GCSE and A level student at RIC. After finishing sixth form he went to the University of the Arts and graduated with a BA Hons in Illustration. He returned to teach Graphics at RIC in 2013.

Jackie Clark is an established ceramic artist who has worked at RIC since 1990. She established the department, worked as Head of Art for many years and continues to oversee the College’s marketing, design and brand identity. She graduated in ceramics from Cardiff, specialising in Raku. Jackie also works part-time as the Learning and Participation Officer at Leach Pottery in St Ives.

Photographer Michael Daks joined RIC in 2017 from Paris College of Art (formerly Parsons Paris, the French Annex of Parsons New School.) He was formerly Senior Lecturer in Photography at Southampton Solent University and Visiting Professor at the Istituto Marangoni, Paris. Michael has worked as a fashion and portrait photographer in London, Paris, Milan and NYC, with clients including The New York Times Magazine, Untitled Magazine, Harper’s Bazaar, Marie Claire and Cosmopolitan. His short film ‘The Butterfly Collector’ has now been viewed over 1 million times on youtube. Michael’s portraits of Dennis Potter and Kenneth Branagh are in the permanent collection of The National Portrait Gallery in London. His fashion work for BLITZ magazine was recently exhibited at the ICA in London, and published in the book ‘As Seen in Blitz- Fashioning 80s Style.’

Graphic Designer Kelly Flatman joined RIC in 2001. She has been Head of Art, Head of Lower School and is now one of the College Vice Principals. She continues to work commercially as a Graphic Designer and creates her own work using a variety of media such as textiles, print and photography, using traditional and contemporary methods of production. A lot of her work explores the concept of order and balance, with an emphasis on the aesthetic value of the colour, form and texture. Her proclivity for simple everyday objects and structures extends to her unparalleled fascination with type.

Nicki currently teaches A level Film Studies, Media Studies and Digital Media while also working as a writer, photographer and film maker. She has written resources for Forest School and The Dementia Diaries and her wedding photography has been featured on a range of alternative blogs. She has produced a variety of digital content for small businesses and musicians, including promotional films and music videos. Nicki studied English at the University of Reading and taught in local schools before joining the College in 2008.

Head of Art Robin Macintosh joined RIC in 2006 and teaches Fine Art and History of Art. Robin studied Fine art at the University of Plymouth. His own practice as a painter explores tensions between the figurative and abstract, inspired predominantly by the British landscape.

Carmel Park has taught art at RIC since 2009. She completed an MA in Fine Art at the University of Kent and exhibits her work in local galleries as part of group and solo shows. She predominately paints landscapes and seascapes inspired by the environment around her home in Faversham.

Helen studied for a BA (Hons) in Fine Art Sculpture at the Loughborough University School of Art and Design. She specialises in working in wood, bronze and glass and has work in the Aardman Animations Studios and in Boston, MA, the Henry Moore Sculpture Park, Yorkshire and the Dean Clough Galleries in Halifax.. She went on to study for a Masters in Sculpture at the University of Leeds where she was based at the Yorkshire Sculpture Park for 12 months creating works based on the relationship between architecture and sculpture. She has taught at RIC since 2018.

Tom Wynn-Owen was a two-year A level student at Rochester Independent College, studying Fine Art, Music Technology, History of Art and Philosophy. After finishing at RIC he studied at UCL’s Slade School of Fine Art, returning to RIC in 2017 as a teaching assistant in the art department.

Fim &amp; Media teacher Mark Young’s first feature film, East 3, was broadcast on UK television in 2011 and debuted in New York. He has produced 18 shorts and music videos that have been broadcast on television or screened at festivals worldwide. He is currently in production with his second feature film. He also creates poetry and soundtracks as ‘7th Adventure Recordings’.

Pete was an exceptional fine artist, both painter and sculptor, and a teacher of art at Rochester Independent College for more than 25 years. Pete was an inspiration to generations of students, staff and to local people who attended his popular life drawing classes. He will always be remembered for his great good humour, encouragement and generosity of spirit. His immense contribution to the College and Medwayâ&amp;#x20AC;&amp;#x2122;s creative life stands tall.

35 Years of Art and Design at RIC

This exhibition catalogue celebrates 35 years of art and design at Rochester Independent College. A traveling Exhibition of 2019 student work, alongside pieces by RIC alumni and teaching staff, The college was founded in 1984 and now has an international reputation with our staff and students coming from all over the world. The Art Department encourages creativity in a variety of subjects including Fine Art, Graphics, Photography,Textile Design, 3D Design, Film and Media, Drama and Theatre Studies and Music. 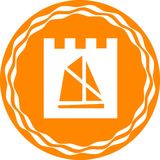