2020 Annual Report of the Rhode Island Council for the Humanities 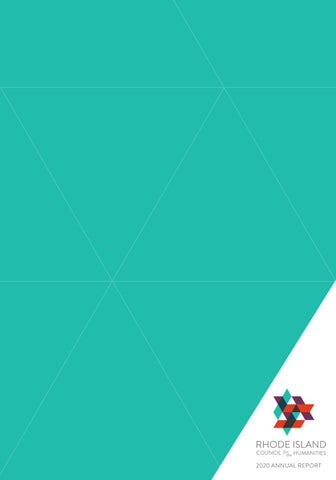 HUMANITIES BY AND FOR ALL RHODE ISLANDERS 103,025

People reached in Rhode Island, across the country, and around the world through virtual and in-person events and projects. Community Engagement Across Rhode Island Major and Mini Grant Awards CARES Act Grant Awards

of spending directly supported grants and programs in 2020

In response to the needs of Rhode Island’s humanities community during the COVID-19 pandemic, the Council put 47% of our budget into direct grants in 2020. Diverse sources of public and private funding ensure our ability to adapt and to develop partnerships that reach more people, provide resources for educators, and enhance the cultural ecosystem.

MOBILIZING THE HUMANITIES TO MEET THE MOMENT Diverse partnerships and initiatives enhanced the Council’s commitment to strengthening civil society through the humanities —rooted in the belief that engaging with history and culture is not just about reflection and understanding, but about action.

Strengthening Rhode Island’s Civic Health through Cultural Participation Culture is Key seeks to understand, test, and evaluate the role of cultural participation on our state&#39;s civic health. The Council’s Culture is Key Fellow is working with an Advisory Committee to research cultural participation and civic health in Rhode Island. Pilot projects are underway led by teams from Pushed Learning and Media, the Providence Public Library, the Wilbury Theatre Group, newportFILM, and the Tomaquag Museum in partnership with local journalists and media producers. Funders: The Rhode Island Foundation, the Federation of State Humanities Councils, and the Andrew W. Mellon Foundation

This program offers funding and organizational assistance to community-based diverse cultural organizations. The Expansion Arts cohort for 2019-2021 are: ECOArts USA; Korean American Association of Rhode Island; Langston Hughes Community Poetry Reading Committee; and Sankofa Community Connection. In response to the 2020 global pandemic, RIEAP distributed $42,000 through 28 relief grants to organizations, helping them pivot programming to sustain their service to their communities in safe and effective ways. Partners: The Rhode Island Foundation and the Rhode Island State Council on the Arts

XIX: Shall Not Be Denied XIX: Shall Not Be Denied is an ongoing collaborative partnership to amplify events and programs across the state organized by cultural institutions, civic organizations, and community members commemorating the 100th anniversary of the passage of the 19th Amendment guaranteeing women’s right to vote. Guided by core values of accessibility, relevance, inclusivity, empowerment, and diversity, the initiative supported over 30 events and programs both in-person and online. More at: shallnotbedenied.org. Partner: Rhode Island Department of State

READERS OF “HUMANITIES IN CONTEXT”

The COVID-19 Pandemic is a wake up call that turned on a switch in me to immediately reflect and document my forty-five year history in Rhode Island’s arts and humanities community. Through this project, I faced my mortality, my creative legacy and organizational collaborations by documenting my journey using photographs, articles and reviews from 1973 to 2020.” rose weaver,

recipient: Don’t Take the Memories with You

STAGES OF FREEDOM, $8,257 to A Mighty Roar: Frederick Douglass and the Quest for Black Citizenship in Rhode Island TRINITY REPERTORY COMPANY, $4,743 to Context and Conversation MINI GRANT AWARDS FIRSTWORKS, $2,000 to Cartography: Modern Migration and Globalization in the COVID-19 Era MOUNT HOPE NEIGHBORHOOD ASSOCIATION, $2,000 to Sowams Heritage Day Event Support MUSEUM OF NATURAL HISTORY AND PLANETARIUM, $2,000 to Maribelle Cormack: Connecting the Museum’s Past to the Present NEWPORT ART HOUSE / NEWPORT COUNTY DEVELOPMENT COUNCIL, $1,950 to Future: A Visualization NEWPORT RESTORATION FOUNDATION, $2,000 to Colonial Conversations: Why Did Newport Furniture Matter in the Past, and Why Does It Matter Today? PONAGANSETT HIGH SCHOOL, $2,000 to Black History 101: An Inclusion Project PROVIDENCE COMMUNITY LIBRARY, $2,000 to Power, Privilege &amp; Social Justice: The History of African American Civil Rights in Providence PROVIDENCE PUBLIC LIBRARY, $2,000 to Queer Stories Project RHODE ISLAND LATINO ARTS, $2,000 to How the Colombian Community Saved the Textile Mills in Central Falls

CELEBRATION OF THE HUMANITIES This annual event recognizes lifetime and creative achievement, innovation, and scholarship by extraordinary leaders, while raising vital funds for the Council’s work. In 2020, the Celebration went virtual, bringing together hundreds of supporters from across the state and around the world.

Tom Roberts Prize for Creative Achievement in the Humanities

Our thanks to Cat Laine, and all of our grantees who have contributed photographs. Publication design by:

The Council’s operating support couldn’t have come at a more critical time— helping to support our administrative costs while bolstering our ability to launch weekly virtual programming for the public.” rebecca bertrand,

2020 Annual Report of the Rhode Island Council for the Humanities 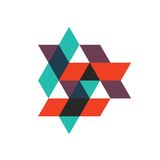 RI Council for the Humanities