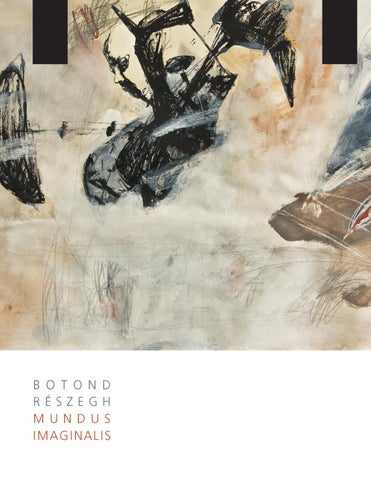 Playing with the Sin of the Unpunishable Fantasy – a shadow-play of imagination “For however sublime love might appear, it has its roots in the sexual instinct, what is more, it is nothing but … a specialized and individualized sexual instinct” Schopenhauer

A new play with the soul’s tense mirror, another inner struggle, another confession. Botond Részegh’s constitution is Dionysian, or, to say the least, that is the pole on which his works resonate. This does not only mean an expressive and emotional manifestation, it is also a descent into the insecure, the obscure realms of the inner world. His spontaneous drawings are emotionally guided, which, however, does not mean a lack of balance or a lack of care. His series of drawings hidden in erotic fantasies and stylized forms, deliver a somewhat uncouth and uninhibited confession. This is a way of self therapy, in which eroticism is more than a mass of pulsating and intertwining bodies. The lack of perfect nuptials with which we are presented is not a fulfilment of an androgynous unification, but a fantasy-play of floating, translucent jellyfish-bodies, a meeting ground of lost and maimed bodies, teasing, tearing, dragging each other like each other’s chains, parting from each other and approaching each other again and again and again. Traps of suppressions and affections, the

endlessness of uncertain relationshipvariations. My psychoanalytical approach is first and foremost a means to explore the psycho-creative process which, however, cannot but include the foreshadowed trauma from which and through which the creator is trying to escape. Sexuality is a tormenting conflict, rather than a self-dissolving pleasure. Drawing the indigestible – a series of analyses serving a final inner peace. Hence the resigned style, this is why the impulsive, expressive habit is taken over by symbolic, stylized forms. Heads without mimics, maimed, puppet-like bodies, protruding genitals: different variations on being together. The male agent is often doubled – a split, or the appearance of a disturbing third party, through which no raptured playfulness of the „ménáge á trois” is suggested, but, rather, a spectre-figure of rivalry. I may have no sins, but will always have things to repent – the artist goes beyond the personal line and gains absolution. He sacrifices the ego to become free of his desires. Beyond the dispassionate there is a wise, reasonable gaze, the distance of

Botond Részegh greatly appreciates all the help and support from Albert-László Barabási and Isabel Meirelles who made his artist residency possible at Northeastern University. During Botond’s appointment he collaborated closely with the Department of Art + Design and the Center for Complex Network Research on a number of artistic projects, including this catalog and exhibition. Botond is also grateful to the following individuals who generously helped him during his stay at Northeastern University: Suzanne Aleva, Trevor Gillaspy, Renata Nyul and Bruce Ronkin. Funding for the visiting artist program and this exhibition in the International Village was generously provided by Northeastern University’s College of Arts and Sciences, Boston, MA.

the catalog was designed by 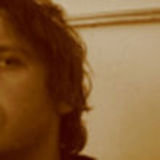