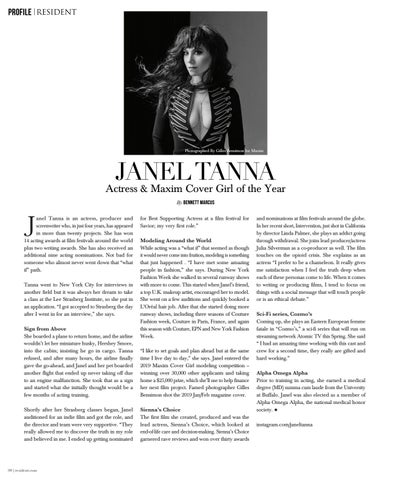 Photographed By Gilles Bensimon for Maxim

anel Tanna is an actress, producer and screenwriter who, in just four years, has appeared in more than twenty projects. She has won 14 acting awards at film festivals around the world plus two writing awards. She has also received an additional nine acting nominations. Not bad for someone who almost never went down that “what if” path. Tanna went to New York City for interviews in another field but it was always her dream to take a class at the Lee Strasberg Institute, so she put in an application. “I got accepted to Strasberg the day after I went in for an interview,” she says. Sign from Above She boarded a plane to return home, and the airline wouldn’t let her miniature husky, Hershey Smore, into the cabin; insisting he go in cargo. Tanna refused, and after many hours, the airline finally gave the go-ahead, and Janel and her pet boarded another flight that ended up never taking off due to an engine malfunction. She took that as a sign and started what she initially thought would be a few months of acting training. Shortly after her Strasberg classes began, Janel auditioned for an indie film and got the role, and the director and team were very supportive. “They really allowed me to discover the truth in my role and believed in me. I ended up getting nominated

for Best Supporting Actress at a film festival for Savior; my very first role.” Modeling Around the World While acting was a “what if” that seemed as though it would never come into fruition, modeling is something that just happened . “I have met some amazing people in fashion,” she says. During New York Fashion Week she walked in several runway shows with more to come. This started when Janel’s friend, a top U.K. makeup artist, encouraged her to model. She went on a few auditions and quickly booked a L’Oréal hair job. After that she started doing more runway shows, including three seasons of Couture Fashion week, Couture in Paris, France, and again this season with Couture, EPN and New York Fashion Week. “I like to set goals and plan ahead but at the same time I live day to day,” she says. Janel entered the 2019 Maxim Cover Girl modeling competition – winning over 30,000 other applicants and taking home a $25,000 prize, which she’ll use to help finance her next film project. Famed photographer Gilles Bensimon shot the 2019 Jan/Feb magazine cover. Sienna’s Choice The first film she created, produced and was the lead actress, Sienna’s Choice, which looked at end-of-life care and decision-making. Sienna’s Choice garnered rave reviews and won over thirty awards

and nominations at film festivals around the globe. In her recent short, Intervention, just shot in California by director Linda Palmer, she plays an addict going through withdrawal. She joins lead producer/actress Julia Silverman as a co-producer as well. The film touches on the opioid crisis. She explains as an actress “I prefer to be a chameleon. It really gives me satisfaction when I feel the truth deep when each of these personas come to life. When it comes to writing or producing films, I tend to focus on things with a social message that will touch people or is an ethical debate.” Sci-Fi series, Cozmo’s Coming up, she plays an Eastern European femme fatale in “Cozmo’s,” a sci-fi series that will run on streaming network Atomic TV this Spring. She said “ I had an amazing time working with this cast and crew for a second time, they really are gifted and hard working.” Alpha Omega Alpha Prior to training in acting, she earned a medical degree (MD) summa cum laude from the University at Buffalo. Janel was also elected as a member of Alpha Omega Alpha, the national medical honor society. instagram.com/janeltanna 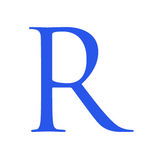