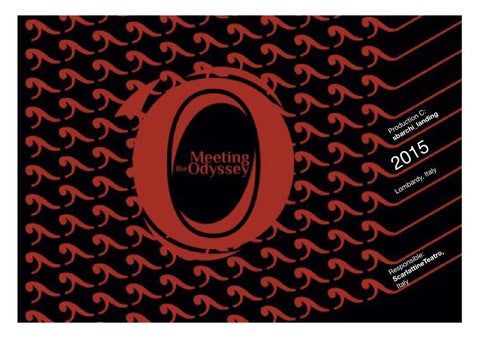 An Adventure Beyond Art, Myths, and Everyday Life in Europe 2013 – 2017 Meeting the Odyssey is a social and artistic collaborative project sailing from the Baltic to the Mediterranean Sea. Each summer from 2014 to 2016, artists and organizers from different European countries will travel together, giving workshops and performing theater pieces. The project will combine elements of the Odyssey, contemporary themes relevant to Europe and stories collected through exchanges with the local population. But Meeting the Odyssey is also a journey in itself: bringing people together through long term collaboration, and discovering new artistic landscapes and cultural attitudes to develop synergies at the European level..

Project ambition What is Europe today? Who are the people living in Europe compared to who they were? What is their personal Odyssey? This project asks: what is the common Europe behind the commitment of the European Union? Is there a common ground based on culture and daily life? How can we be reminded of our common roots? The project aims to decrease prejudices and to create a shared narrative that comes out of the stories of the people in Europe today, through the frame of the legend of Odysseus. For a meaningful discussion about a sustainable and inclusive European culture and a creative future, we need to cross national borders to meet people from different contexts with different perspectives on Europe.

We will create 4 artistic productions with international teams We will 14 locally created actions, called «Instants» We will develop new methods of creating theater performances in a social theater context We will create a network of theaters and festivals all over Europe We will give the chance to a minimum of 65 artists to be on board of the ship and 30 more to be involved We will create a hybrid language for theater that can be used in international co-productions We will document and share the process in the form of recordings, media, written evaluation, the performances We will produce new research linked to the project that will ensure the lasting and dissemination of the project results. The focus of the research will be on intercultural dialogue, artistic mobility and European identity We will create unity and solidarity among the partners and the people involved in the project

Theater Productions 2014 Production A: Memories for Life Premiere May 23rd in Skorohod Platform, St. Petersburg A physical multilingual performance about the past and the present, the old and the young. &quot;We do not walk towards death. We do not walk towards getting old. We walk to meet ourselves. We walk to meet our Other Me. Life is like two persons walking towards each other. My old age meets my youth&quot; Imants Zedonis (Latvian poet, b.1933, d.2013) Memories for Life is a performance about the forgotten dreams and remembered hopes of elderly people, lived through the bodies of young actors. Responsible: Viirus Theatre, Finland. Co-produced with ProFitArt Company, Czech Republic, NO99, Estonia, ScarlattineTeatro, Italy and Asterions Hus, Denmark. Director: Maria Lundstrรถm, Viirus Choreographer: Lenka Vagnerovรก, ProFitArt Company On stage: 7 actors/ dancers

Locally created actions: unique performances combining the Odyssey and the local context into a short performance at every stop on the tour Responsible: every year a team of 3 from Cada Die Teatro, Italy (2014), Viirus, Finland and Skorohod, Russia (2015), Asterions Hus, Denmark and ScarlattineTeatro, Italy (2016) Separate action, still linked to both Main Productions and Workshops Can be performed by the ship, in a venue or in the street The instant performances together with the workshops are the «laboratory» of the project

Theater Productions 2015 Production C: sbarchi_landing It is the other side of nostos, of homesickness; the desire of unveiling which always leads to new encounters, crashes and tragedies. The disembarkation, the landing opens the way to a different look, never sure nor safe, to an unknown dimension. The ship and the crew on stage, the docking among people, in an unknown city; meeting extraordinary men and women, class, genre, age conflicts, threats, ghosts from the past and then on board again, to set sail to new routes: are we sure we wish to get back to Ithaca? Behind this stubborn desire of meeting and the unknown, is the impulse to sacrifice the fellows perhaps hidden? REFLECTION ON LANGUAGES | AUDIENCE INVOLVED | LIVE MUSIC | USE OF THE SHIP 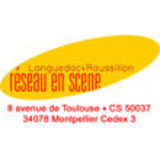