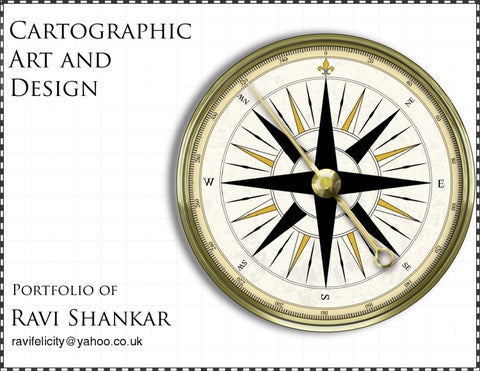 About the Artist Ravi started making maps using computer software in 2004. Ravi produced the map published in the paperback edition of ‘The Steel Remains’ by Richard Morgan. Ravi’s work has appeared in the Soho Gallery for Digital Art as part of their ‘Terra Incognita - Maps of Imaginary Worlds’ exhibition in 2010. His book, ‘The Creation and Depiction of Fantasy Cities’ is available free, on-line. He is a moderator at the Cartographers’ Guild forum and lives in Kew, England. In addition to making maps, Ravi is an employment lawyer and graphic designer. A Portfolio of the Cartographic work of Ravi Shankar

A Portfolio of the Cartographic work of Ravi Shankar