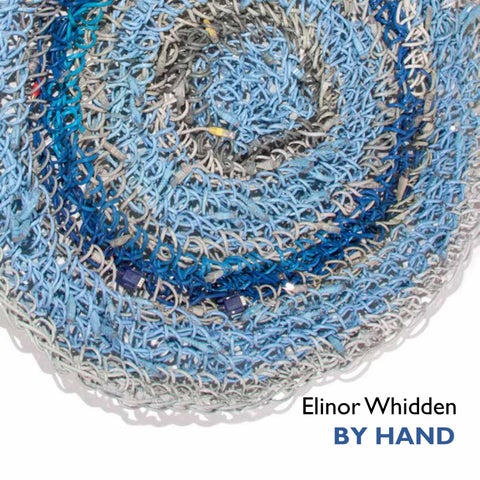 INTRODUCTION Rails End Gallery and Arts Centre and Haliburton Highlands Museum have talked about working on a joint project for some time, and Elinor Whidden’s By Hand is our first collaboration. We met Whidden through Haliburton School of The Arts, where she teaches. Her practice of taking creative inspiration from Canadian colonial history made Whidden the ideal Artist to help us mark the sesquicentennial of the settlement of Haliburton Village. By Hand is showing in two venues at the same time; Rails End Gallery and Haliburton Highlands Museum. By Hand takes us on a journey back and forth through time. It was realized over a period of months when Elinor Whidden immersed herself in Haliburton Highlands Musuem’s artefact collection. The result is a somewhat cheeky, at times unsettling exhibition of images that oscillate between work and leisure, past and present; a blurry time warp where anything might just happen. By Hand is presented with support from the Ontario Arts Council – an agency of the Government of Ontario, the Municipality of Dysart et al, Business for The Arts – ArtsVest and Human Resources Development Canada. This publication is a sampler with an essay by Noa Bronstein. A more detailed online issue is also available. Laurie Jones Kate Butler Curator Director Rails End Gallery and Arts Centre Haliburton Highlands Museum

Pause for a moment to picture two images.You have likely seen both from the din of your computer screen. One is of an Apple ad, with glossy, monolithic machines choreographed to dance hypnotically through space, and the other of a hard-working settler, toiling in the field, meagrely eking out an existence. Distanced by time and place, these images seem separated in all ways imaginable. Elinor Whidden’s ongoing project, By Hand, curtails this distance through a series of sculptural works and photographs that make us acutely aware of the laboured spaces we all occupy. Several of the objects in By Hand are just that: hand tools. Exhibited alongside objects from Haliburton Highlands Museum collection, the tools seem at ease amongst these era specific artefacts. Upon closer examination, however, distinguishing markings appear. Whidden has embedded into the wooden objects, which date to around the mid-1800s, various vestiges from discarded Apple products. A pitchfork’s handle, for example, has been tiled with keyboard keys and a set of headphones has been jacked into its base. An axe too has been modernized, in a way, its grip now serving as a receptacle for an elongated and coiled computer cord. The unmistakable whiteness of the Apple products unsettles the historic artefacts, forfeiting the object’s ability to speak exclusively to Haliburton’s history of farming and logging.

Returning briefly to the Apple ad, images that dangle these objects (iPhones, iPads and MacBooks) outside of utility and focus on sleek exteriors rather than laden interiors, clearly dissociate these machines from connotations of â&amp;#x20AC;&amp;#x153;by handâ&amp;#x20AC;?. These are, however, complexly woven structures that are made by thousands of hands, in painstaking processes. The exhibition offers a reminder that, whether formed out of wood or plastic, these are all devices that were made by labourers, by people, by hand. Whidden is also interested in questioning hand held apparatuses as implements of leisure. Often championed as tools that make life easier, it is equally true that in slipping between tools of leisure and tools of labour, our time also ebbs more easily between work and play. The accompanying photographs, in which Whidden is posed holding the retrofitted artefacts, make visible this slippage. Digitally altered to appear sepia and historic, the black and white images, depicting a farmer, logger, and pioneer women, heed something of a warning. Perhaps we should not be so quick to associate our digital gadgets with an ease of living? For some, although certainly not for everyone, we may no longer do the kind of physical work that requires a pitchfork or an axe, yet we are no longer able to leave the tools of our trade, to excise these from our bodies. We hold onto our phones, our laptops travel with us. By catapulting objects forwards and backwards in time Whidden tells us something more about our current condition. She asks us to look closely at how hand held devices influence how we understand our bodily relationships to labour and making, to tools of comfort and of industry. Other objects in By Hand are composed entirely of scavenged e-waste, as with the afghan which is made of repurposed cables and cords collected over two years and assembled in a lengthy process of stripping plastic casings and crocheting and stitching doilies into a four by six foot wide blanket. While laborious and crafty, this gesture is one of undoing. Draped contentedly over an ironing board the afghan retains some of its familiar associations but not all. The rich texture of fabric, the warmth of its touch and all the domestic comfort that it typically conjures is replaced with the sterility of Ethernet cables. A nearby bonnet made-up of dozens of earbuds similarly marries old with new.

Even still, this interchange is meant to conflate these materials separated by time and place, not to extricate. In merging these seemingly disparate forms, Whidden is able to, even if very subtly, undo our perceptions of difference. Ethernet cables and earbuds are, after all, connectors to other worlds, to pockets of information, to distanced stories and storytellers, to music, books, and images, to those who are near to us but happen to live far. Textiles too have long served as a way to link us, through quilting circles or hand-sewn keepsakes passed down through generations. Whidden knits us into these networks, closing the gap between what came before and where we are now, connecting us to stories we might have heard and to those still in waiting.

My art practice combines sculpture and performance with photographic documentation to create iconic images of our nationâ&amp;#x20AC;&amp;#x2122;s past. Scavenging from both the colonial pages of history and the scrap yards of our present day I re-stage contemporary versions of historical moments to question our nostalgia for these fictional narratives. My sculptures transform discarded materials into replicas of artefacts, tools, and modes of transportation, which I then take on a journey or adventure of some kind. Adopting the attitudes and outfits of iconic historical figures, I carry, ride, wear or pose with these new objects in an attempt to examine how and why Canadaâ&amp;#x20AC;&amp;#x2122;s colonial history continues to repeat itself.

By Hand uses myths about the early Pioneers to question our current obsession with electronic handheld devises. The tale of North American settlement is a story about hard-working men and women who made a life and a living from “scratch” and “by hand”. Farming, barn-raising, butter-churning and quilting were all part of everyday life and survival. Harvesting these stories for rhetoric about toil, self-sufficiency and frugality, I have made a series of tools, artefacts and accessories related to the farming, lumbering and domestic life of these early Settlers. The labourious act of harvesting e-waste and then re-crafting it into something new references the Pioneer spirit of conservation and resourcefulness. While the Pioneers saved, reused and repaired every scrap of material, my “artefacts”, like the patchwork eQuilt made from cut up laptops, cell phones and broken electronic devises, illuminate the greed and wastefulness of North American society today. By Hand at the Rails End Gallery has led to a new use of history in my art practice. The juxtaposition of my sculptural objects with a selection of artefacts from the Haliburton Highlands Museum continues my interest in using history as a tool to critique the present moment, but with new and different “tools” at my disposal. In addition to the use of artefacts in a gallery context, I also re-staged a series of “historic” photos using the museum’s Reid House and 1870s farmstead as settings. These photos of me dressed as a Farmer, Logger and Pioneer woman posing with my sculptural objects are on exhibit at the museum alongside photographs from the museum’s own photo collection. This sneaky insertion of art into the museum creates a playful way for a keen viewer to re-think history and connect a distant past to their own present day.

Elinor Whidden received a BA in Canadian/Environmental Studies from Trent University, a BFA from the Nova Scotia College of Art and Design and a MFA from the State University of New York at Buffalo. She has exhibited throughout North America, recently showing work in Nova Scotia, Ontario, British Columbia and Detroit, MI. She has received numerous grants and awards from institutions including the Canada Council for the Arts, the Ontario Arts Council, and the Toronto Arts Council. Recent exhibitions include Running On Empty at the Robert McLaughlin Gallery and Where The Wild Things Arenâ&amp;#x20AC;&amp;#x2122;t at the Hamilton Artists Inc. Since 2011 Whidden has been active in the arts collective DEPARTMENT OF PUBLIC MEMORY. Together with artist Maggie Hutcheson, she engages Toronto residents in civic dialogue about the future of public services and a collective vision for the city. Find out more about Elinor Whidden and her work at: elinorwhidden.com and departmentofpublicmemory.com

ACKNOWLEDGMENTS The Artist would like to thank the Ontario Arts Council for their generous support in funding the creation of this new work.

an Ontario government agency un organisme du gouvernement de l’Ontario THANK YOU Kate Butler, Director of Haliburton Highlands Museum for her excitement and enthusiasm about the project and for welcoming a thorough exploration into the depths of the museum’s collection. Steve Hill, Curator of Haliburton Highlands Museum for his time, expertise and detailed knowledge about local history and for his help selecting period specific artefacts for the installation at Rails End Gallery. Highlands Little Theatre for loaning period costumes for the staged photographs at the museum. Lauren Ogilvie for photographing the Artist and her sculptures in and around the historic buildings at the museum. Lyelca Rodrigues for layout and design of this catalogue. Business for The Arts/ArtsVest for project support. Laurie Jones, Curator at Rails End Gallery and Arts Centre for inspiring this new partnership between the Rails End Gallery and Haliburton Highlands Museum.

Business for the Arts

This is the exhibition catalogue for "By Hand" by Elinor Widden, 2015 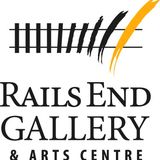