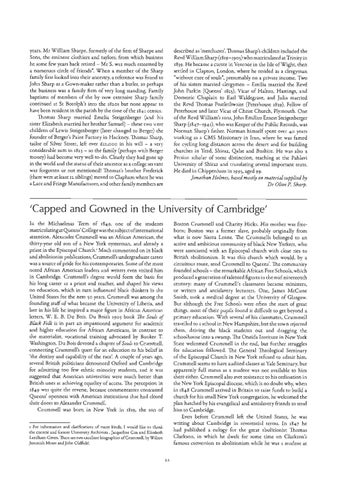 years, Mr William Sharpe, formerly of the firm of Sharpe and Sons, the eminent clothiers and taylors; from which business he some few years back retired - Mr S. was much esteemed by a numerous circle of friends&quot;. When a member of the Sharp family first looked into their ancestry, a reference was found to John Sharp as a Gown-maker rather than a burler, so perhaps theÂˇ business was a family firm of very long standing. Family baptisms of members of the by now e,xrensive Sharp family continued at Sr Borolph&#39;s into the 1810s but none appear to have been resident in the parish by the time of the 1841 census. Thomas Sharp married Emelia Steigenberger (and his sister Elizabeth married her brother Samuel) - these two were children of Lewis Steigenberger (later changed to Berger) che founder of Berger&#39;s Pa.int Factory .in Hackney. Thomas Sharp, tailor of Silver Street, left over ÂŁ12,000 in his will - a very considerable sum in 1813 - so the family (perhaps with Berger money) had become very well-to-do. Clearly they had gone up in the world and the status of their ancestor as a college servant was forgotten or not mentioned! Thomas&#39;s brother Frederick (there were at least 12. siblings) moved ro Clapham where he was a Lace and Fringe Manufacturer, and ocher family members are

described as &#39;merchants&#39;. Thomas Sharp&#39;s children included che Revd William Sharp (1819-1905) who matriculated at Trinity in 1839. He became a curate in Ventnor in the Isle of Wight, then settled in Clapton, London, where he resided as a clergyman &quot;without cure of souls&quot;, presumably on a private income. Two of his sisters married clergymen - Emilia married the Revd John Parkin (Queens&#39; 182.5), Vicar of Halton, Hastings, and Domestic Chaplain to Earl Waldegrave, and Julia married the Revd Thomas Postlethwaite (Peterhouse 1839), Fellow of Peterhouse and later Vicar of Christ Church, Plymouth. One of rhe Revd William&#39;s sons, John Emilius Ernest Sreigenberger Sharp (1847-1941), who was Keeper of the Public Records, was Norman Sharp&#39;s father. Norman himself spent over 40 years working as a CMS Missionary in Iran, where he was famed for cycling long distances across the desert and for building churches in Yezd, Shiraz, Qalat and Bushire. He was also a Persian scholar of some distinction, teaching at the Pahlavi University of Shiraz and translating several important texts. He died in Chippenham in 1995, aged 99.

&#39;Capped and Gowned in the University of Cambridge&#39; In the Michaelmas Term of 1849, one of the students matriculating at Queens&#39; College was the subject ofinternational attention. Alexander Crummell was an African American, the thirty-year old son of a New York oysterman, and already a priest in the Episcopal Church.&#39; Much commented on in black and abolitionist publications, Crummell&#39;s undergraduate career was a source of pride for his contemporaries. Some of rhe most noted African American leaders and writers even visited him in Cambridge. Crummell&#39;s degree would form the basis for his long career as a priest and teacher, and shaped his views on education, which in turn influenced black thinkers in the United States for the next 50 years. Crummell was among the founding sraff of what became the University of Liberia, and late in his life he inspired a major figure in African American letters, W E. B. Du Bois. Du Bois&#39;s 1903 book 1he Souls of Black Folk is in part an impassioned argument for academic and higher education for African Americans, in contrast to the materialist, vocational training advocated by Booker T. Washington. Du Bois devoted a chapter of Souls to Crummell, connecting Crummell&#39;s quest for an education to his belief in &#39;the destiny and capability of the race&#39;. A couple of years ago, several British politicians denounced Oxford and Cambridge for admitting too few ethnic minority students, and it was suggested that American universities were much better rhan British ones at achieving equality of access. The perception in 1849 was quite the reverse, because commentators contrasted Queens&#39; openness with American institutions that had dosed their doors to Alexander Crummell. Crummell was born in New York in 1819, the son of

Boston Crummell and Chariry Hicks. His mother was freeborn; Boston was a former slave, probably originally from what is now Sierra Leone. The Crummells belonged to an active and ambitious communiry of black New Yorkers, who were associated with an Episcopal church with close ties to British abolitionism. It was this church which would, by a circuitous route, send Crummell to Queens&#39;. The community founded schools - the remarkable African Free Schools, which produced a generation of talented figures in the mid nineteenth cent1,1ry: many of Crummell &#39;s classmates became ministers, or writers and antislavery lecturers. One, James McCune Smith, rook a medical degree at the University of Glasgow. But although the Free Schools were often the start of great things, most of their pupils found it difficult to get beyond a primary education. With several of his classmates, Crummell travelled to a school in New Hampshire, but the town rejected them, driving the black students out and dragging the schoolhouse into a swamp. The Oneida Institute in New York Scace welcomed Crummell in the end, but further struggles for education followed. The General Theological Seminary of the Episcopal Church in New York refused to admit him. Crummell seems to have audited classes at Yale Seminary, but apparently full status as a student was not available to him there either. Crummell also met resistance to his ordination in the New York Episcopal diocese, which is no doubt why, when in 1848 Crummell arrived in Britain to raise funds to build a church for his small New York congregation, he welcomed the plan hatched by his evangelical and antislavery friends to send him to Cambridge. Even before Crummell left the United States, he was writing about Cambridge in reverential terms. In 1847 he had published a eulogy for the great abolitionist Thomas Clarkson, in which he dwelt for some time on Clarkson&#39;s famous conversion to abolitionism while he was a student at

For information and clarifications of many kinds, I would like to thank the current and former University Archivists , Jacqueline Co)( and Elisabeth Leedham-Green. There are two excellem biographies of Crummell, by \Vilson Jeremiah Moses and John Oldfield. 1 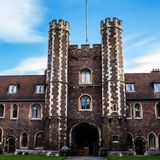