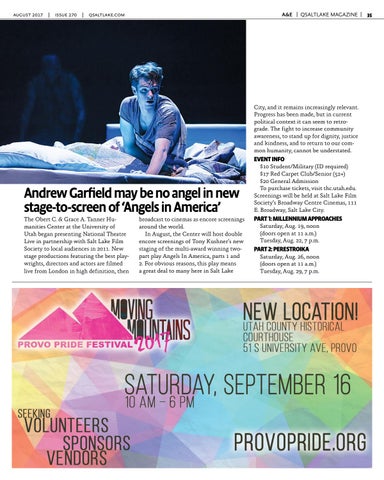 City, and it remains increasingly relevant. Progress has been made, but in current political context it can seem to retrograde. The fight to increase community awareness, to stand up for dignity, justice and kindness, and to return to our common humanity, cannot be understated.

Andrew Garfield may be no angel in new stage-to-screen of ‘Angels in America’ The Obert C. &amp; Grace A. Tanner Humanities Center at the University of Utah began presenting National Theatre Live in partnership with Salt Lake Film Society to local audiences in 2011. New stage productions featuring the best playwrights, directors and actors are filmed live from London in high definition, then

broadcast to cinemas as encore screenings around the world. In August, the Center will host double encore screenings of Tony Kushner’s new staging of the multi-award winning twopart play Angels In America, parts 1 and 2. For obvious reasons, this play means a great deal to many here in Salt Lake 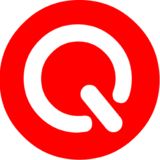