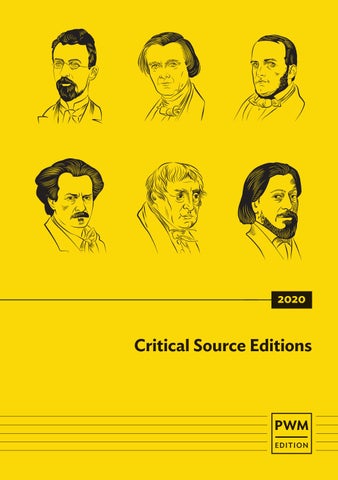 Renaissance man: Tatra mountaineer, photographer, composer Mieczyslaw Karłowicz is a crucial figure in the history of Polish music. Although Karlowicz’s legacy is comprised of 14 opuses only, its significance for Polish music is enormous. Karłowicz was the first Polish composer who forged progressive models of expression which could bear comparison with those employed by the leading representatives of the contemporary European mainstream. His masters were Wagner and Strauss. He is conventionally regarded as the archetypal Young Poland composer, not because of any association with the Young Poland in Music Publishing Group, but because his art reflected the spirit of the Young Poland literary movement. On 8 February 1909 he died in an avalanche in his beloved Tatra mountains at the tragically early age of 33. The edition of Complete Works of Mieczysław Karłowicz is based on critically examined sources. This edition (Polish, English, German version) comprises 12 volumes.

Among the most outstanding composers forging Polish musical culture over recent centuries. I would go so far as to say that he is the greatest Polish symphonist. Mieczysław Tomaszewski

He was one of the most outstanding Polish violinists and composers of the mid nineteenth century. He enjoyed a reputation as an excellent interpreter and outstanding chamber musician. Taking the most complicated techniques of his predecessors and Paganini he achieved mastery of the violin. Instrumental pieces dominate Lipiński’s output, particularly those in which the violin plays a leading role. They place very high technical demands on the performer. Lipiński’s pieces are characterised by great melodic inventiveness, a dance-like character and simple harmony. Folk tunes appear in some compositions. A significant part of Lipiński’s work are occasional pieces, variations and fantasies based on themes drawn from operas, especially by famous Italian composers, sometimes on his own themes. Lipiński’s best works include concertos, caprices, polonaises and rondos, which remained for quite a while in the repertoire and were highly regarded by his contemporaries. In his later works for violin and orchestra, the composer operates with a large symphony orchestra. The edition of Complete Works of K. Lipiński (Polish, English version) is of critical source character and will consist of 30 volumes.

who was the greatest violinist in the world, apparently said: ‘I don’t know the first, but the second is Karol Lipiński’.

Symphony in B flat major

A master of song, the father of Polish national opera Stanisław Moniuszko – composer, conductor of operas, symphonic orchestras and choirs, as well as an educator. Moniuszko was constantly surrounded by Polish folk music. He spent many years in Vilnius – there was the premiere of Halka, probably the most famous Polish opera, which tells the story of the tragic love of Halina’s highlander to Janusz’s nobleman. The artist’s next triumph was the opera The Haunted Mansion, which presents witty love on the background of political events. Moniuszko’s melodic songs, published in collections called Domestic Songs, were approved by Poles. Domestic performances of patriotic and lyrical songs kept up the national identity. He masterfully combined music with the poems of the greatest Polish poets such as Mickiewicz or Kraszewski – Moniuszko set a new direction for the development of the ­Polish national song. Our intention is to produce a critical source edition of the extant compositions of S. Moniuszko in the version established by the composer, cleansed of the errors and alterations of later editions.

Through the strength of his talent, he became the most outstanding representative of Polish vocal music in the nineteenth century. PWM music encyclopaedia

The edition of Complete Works ( Polish, English, Russian version) will consist of 40 volumes.

A Night in the Apennines

III. Single movements of the Ordinary and the Proper of the Mass — 32 In liturgical order: Kyrie, Gloria, Graduale, Offertorium, Praefatio, Sanctus, Benedictus and Agnus Dei.

— 35 Organ arrangements of religious songs: Songs of Our Church, Vespers and Song of the Gate of Dawn

He was definitely one of the most prolific Polish contemporary composers […]. […] his direction, based on comprehensive education, is robust, natural and genuinely inspirational, unlike that demonstrated by many of today’s modernists. That is why his works appeal to the heart and win much deserved recognition. “radio week”, 1928

A composer, organist, conductor, pedagogue and organiser of a music life. From 1906 Nowo­ wiejski stayed in Berlin, where he developed strong bonds with Polish-community ensembles and led an animated composer’s and virtuoso’s life. In 1909 Nowowiejski moved to Krakow, where he stayed for 5 years. He assumed the function of the artistic director of the Music Association, conducted at symphony concerts and performed as an organist. After the war Nowowiejski settled down in Poznań and actively joined the reviving cultural life of the city. He frequently gave his organ recitals, performing Baroque music, contemporary works of French composers and his own improvisations. In 1927 Nowowiejski resigned from his stable employment and totally devoted himself to composing and concert activity. The edition of the Works of Feliks Nowowiej­ ski is of a critical source character. It covers compositions published and authorised by the composer as well as those which remained in manuscript, some of which were not performed during the composer’s lifetime. The edition of the Complete Works (Polish, ­English, German version) comprises seven series.

Series C – Instrumental Works (Solo, including for Organ and Piano, and Chamber)

A diplomat and philanthropist, a brilliant pianist and composer Polish pianist, composer, teacher and politician. Piano playing, composing and then political activity are intertwined with each other in his life. At the peak of his career Paderewski composed his Polish Fantasy, Op.19, his Op.2123 works and pieces without opus numbers, among others – an opera and symphony, which were performed many times by the top ensembles in Europe and America and renowned conductors. Interest in Paderewski as a pianist intensified this, and caused propagation of his compositions which brought him fame comparable to that of Chopin. In 1937 he became editor of the Complete Works of Fryderyk Chopin. The edition of Complete Works is based on critically examined sources, so the musical text has been rendered in a form as close as possible to the composer’s intention. The whole edition (Polish, English version) comprises 12 volumes.

Titanic work […] a dogged battle to win respect for his art. “The Paderewski Memoirs”

Stefani’s opera is immeasurably valuable to us, as it reflects the whole spirit of our national melodies and was an epochmaking work in the history of Polish dramatic music, as the first truly national opera. Maurycy Krasowski

The career of Jan Stefani coincided with one of the more difficult times in Polish history. Polish composer, conductor, violinist of Czech origin, in 1779, along with other Czech musicians, he came to Warsaw, where he was employed as Kapellmeister and concertmaster at the court of King Stanisław August Poniatowski. He was also, with breaks, Kapellmeister at the Cathedral of St. John, until the end of his life, occasionally leading choirs of other churches in Warsaw. From the mid‘90s he occasionally conducted at the National Theatre in Warsaw, and 1799-1818 was the first violinist in the theatre orchestra. His work introduced new aesthetic values and became a foundation for the work of subsequent composers. Jan Stefani became famous for writing the best known Polish opera of the eighteenth century The Supposed Miracle or Cracovians and Highlanders to text by W. Bogusławski. Jan Stefani gave the music its “rural” character by using rhythmical features of Polish dances (especially the Krakowiak, a polonaise and mazurka) and simple melody. The source-critical edition (Polish, English version) of Complete Works of Jan Stefani will consist of 6 volumes.

Theatrical Works — 1 The Supposed Miracle or Cracovians and Highlanders – published PWM 12062 — 2 Music to the Play Count Beniowski or the Conspiracy on Kamchatka, the cantata Niechaj wiekom wiek podawa, Overture

A pianist and the most outstanding composer of the ‘Young Poland’ era Karol Szymanowski, the most prominent Polish composer was also active as pianist and music publicist. Szymanowski’s earliest composition were piano pieces stylistically akind to the music of Chopin, Schumann and Skryabin, and also some songs of late romantic character. His output, though not very large (62 opuses) is highly varied in genre and form. Most of it consists of settings abstraction to literary texts for his talent was a pre-eminently lyrical one, stimulated and intensified by words. His less common ‚abstract’ works show his new attitude toward tonality and forms. To Polish music of his time Szymanowski meant a revolutionary turning point in its history since he created in his work a kind of synthesis of Polish and European. The present edition has as its purpose the presentation of the works of Karol Szymanowski in a form fully consistent with the composer’s intentions, and is based on a comparison of the original sources, which are the autograph manuscripts and the first published editions. The complete edition (German, English version) consists of 20 volumes.

Series A – Orchestral and Vocal Works — 1a

outstanding violinist, composer and teacher Together with his younger brother, Józef, and outstanding pianists, he undertook a series of concerts in the biggest ­musical centres of Poland, Russia, Germany, England and France. From 1860 he stayed in St. Petersburg, where he held the post of concertmaster to the imperial court as well as that of conservatory professor. Wieniawski’s performing activities were combined with his compositional work. As a sensational violinist, often compared to Paganini, he developed a brilliant performance style. He composed concertos, studies, dances, fantasies on opera themes and show pieces. He availed himself of the full range of virtuosic techniques. Józef Joachim, the great ­violinist and authority of those times, wrote about Wieniawski in his diary: ‚He has always been the most extravagant and reckless virtuoso that I have ever seen. Unless one has witnessed his most daring, acrobatic jumps, one cannot imagine what Wieniawski’s left hand is capable of achieving’

He has always been the most extravagant and reckless virtuoso that I have ever seen. Unless one has witnessed his most daring, acrobatic jumps, one cannot imagine what Wieniawski’s left hand is capable of achieving Joseph Joachim 22

Series of Works will encompass the ­entire extant compositional legacy of Henryk Wieniawski – all the music he ever wrote, from works to sketches and fragments. The publishers and the editorial board aim to produce a document of the authentic source texts of compositions, meeting current standards for collective edtions that serve both scholarly research and musical practice. The whole edition ( Polish, English version) will consist of 34 volumes.

The catalogue is dedicated to souce critical editions published by PWM. It contains list of available volumes as well as coming soon works. Language version: English. Year of edition: 2020 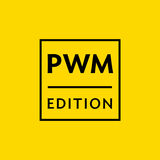