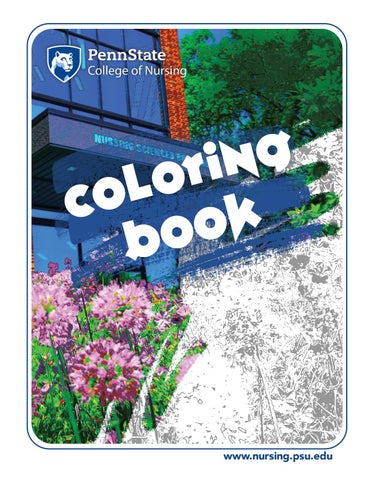 enn Stateâ&#x20AC;&#x2122;s College of Nursing is an avid supporter of using artistic and creative activities to support the science of nursing and overall wellness. Art is considered a universal language allowing deeper, more meaningful connections that transcend cultural and societal barriers. Artistic and creative expression can manifest in many forms, with individuals deriving the most value based on their personal preferences. With this is mind, the college is proud to provide you with this coloring book and encourages you to take a mindful minute and fill the pages of this book with your own inspiration.

ld Main, which opened in 1930, serves as Penn Stateâ&#x20AC;&#x2122;s administrative hub and is one of University Parkâ&#x20AC;&#x2122;s most distinctive landmarks. The building exemplifies the Federal Revival style of renowned architect Charles Z. Klauder, and is actually the second Old Main on campus. The first, designed by Trustee Hugh McAllister of Bellefonte in the 1850s, was a five-story structure built with limestone quarried nearby. Time and heavy use took their toll on the original Old Main. It was razed in 1929, after architects deemed renovations impractical. The bell tower clock, a gift of the class of 1904, is the same one that was installed in the first Old Main. Source: https://www.psu.edu/ur/about/ oldmainhistory.html

he Class of 1940 presented a gift of a Nittany Lion statue, sculpted from a large block of Indiana limestone, to Penn State in 1942. The crouching, powerful figure, crafted by noted sculptor Heinz Warneke, is now the popular Nittany Lion Shrine, located near the Recreation Building on the University Park campus. It is said to be the most photographed site on the campus. The Nittany Lion Shrine has been the victim of vandals several times, having itâ&#x20AC;&#x2122;s right ear removed. As a result, homecoming tradition now includes ceremonial guarding of the shrine after homecoming parades and the Fridayâ&#x20AC;&#x2122;s before home football games. nursing.psu.edu

â&#x20AC;&#x153;I make art as a way of experiencing a kind of freedom from living with anxiety and depression. Creating brings joy and balance to my daily life.â&#x20AC;? 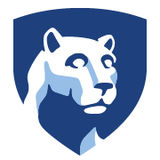