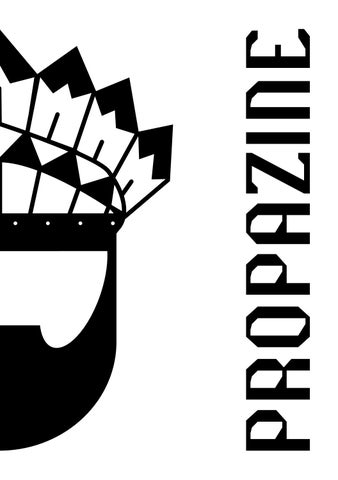 Welcome to Propaganda_Project. The main objective of this project is to reflect the impact of visual advertising in the public space. Penetrate your mind by being present everywhere. In our urban world, in the streets where we walk, in the buses we take, in the magazines we read, on walls, on screens, we are surrounded by images of an alternative way of life. We may remember or forget these images, but briefly, we take them in. And for a moment, they stimulate our imagination, either by way of memory or anticipation. Perturbing the eye by the contamination of a visual in the public space to see what blinds us, this is the goal of this project.

Statistics. May 20, 2019. To date, more than 2160 stickers are listed on the virtual map. Propaganda_project has printed more than 10000 stickers; in screen printing, linocut, thermal transfer printing, four-colour printing on vinyl, stamp, stencil, etc.More than 500 envelopes have been sent. Propaganda_project also includes collaborations with some thirty other street artists, participation in more than a dozen exhibitions around the world, and more than 40 invaded countries. In two years of activity, the project has become more and more effective and visible. Thank you to all the participants.

Unity is the key. United Slap Society is an event featuring a multitude of stickers from all over the world, reflecting the culture of stickers in Street Art. The profits from this event were donated to the local association «L’ami De Pain» to help the local homeless. More than 160 artists participated in this exhibition. After 6 months of collection and a full week of slapping, more than 2500 stickers were slapped.

Why this exhibition? Each artist actually spreads a message, his vision of the world. The sticker captures the eye of the citizen. From a marketing point of view, branding is the most important thing for a company. The recognition of the logo and name is invaluable, and the artists have understood this well. Of different sizes and colours, using multiple production and printing processes, the sticker leaves a mark that can affect a person’s mood, provoke reflection, trigger a reaction. The sticker is a movement of the street and it is naturally that it slips into every corner of the public space. Present everywhere, but invisible for the most part. It actually offers a new vision of the city, forcing us to slow down to find them. We instantly stop seeing the city as a whole, because the art of stickers does not only concern its content, but also its integration into the environment. Once his eye gets used to it, this environment becomes obsessive. We start looking for them, analysing them. Walking around the city never allows you to enjoy everything it has to offer. Indeed, Man has blinded himself through time, by the creation of a material environment, which constantly injects visual keys and a kaleidoscope of soothing images that the mass constantly ingests.

Street Art against hate. «#nohatefamily is a non-profit project of 8 street artists from Cologne that deals with the topic of «hatred in society» and experiences the participation of artists from all over the world mainly through Instagram and further social media. The idea to deal with this topic artistically, through collages with designs of participating artists, was born in October 2018 during an exchange of ideas between Cologne artists: Planet_Selfie, Greentaxonomy, VCTRPLNT, Maidincologne, Adultremix, Cuts.and.pieces, Sweetsnini and 8arms2hug. Hatred is a global theme and shows its nasty face in many different facets. It’s time to act, it’s time to get loud. About art as a means to an end and about social media for the worldwide networking of artists who set a sign against hatred. The project has been launched via Instagram in November 2018. The viral effect was already clearly perceptible on the net after a few days. Right from the beginning more than 100 artists from all over the world took part, among them many well-known ones like Thomas Baumgärtel (Bananensprayer) and Dave the Chimp joined the #nohatefamily movement. In March 2019 around 1000 artists are already actively setting a creative sign against hatred with their own individual designed #nohatefamily sticker. To set a sign against hatred means concretely to demonstrate by the union of the artists in the collages that we united stand for love, diversity and a peaceful togetherness. The bigger sticker collages are called Wall of Love.»(*) Propaganda_project was one of the first artists to join the ranks of the #nohatefamily project. It is a great pleasure to participate in this type of project for love, peace and against hatred. Love all, fuck haters.

Collab w/ Anna di Gaeta. «Ballet meets street art through street photography. This is a personal project which I don’t want to show just dancers in front of graffiti. I would like to undermine the preconceptions related to both art expressions. Street art is often considered as an act of vandalism (and often confused with the mere vandalism of some writers who even disfigure posters and murals beyond the walls of the buildings…) when in reality I think it is the art of our century! The evolution of the most ancient form of art, the image as well as photography. An art that of its vehiculation on the streets has made it a moral code, a philosophy aimed at bringing people closer to a different artistic language. While ballet is, often considered an art expression far from the everyday life of many people who see it just like a formal art. To bring it closer to people and show that dance, like any self-respecting art form, is made of soul and passion, and it is this passion that leads to extreme rigor that I try to put through my shots into harmony and grace.»(*) Propaganda_project had the honor of collaborating with Anna and participating in this original and incredible project.

Fck the rules. The image of the sexy woman has been used for years to promote a visual. This practice is directly related to the marketing strategies used by the pubs. This part of Propaganda_projectâ&amp;#x20AC;&amp;#x2122;s aims to question the impact of womens in the advertisingâ&amp;#x20AC;&amp;#x2122;s world. The female body is treated as a commodity to arouse a desire that will refer to the object for sale. The woman is therefore reduced to a simple instrument of seduction, or an object of fantasy to attract the consumerâ&amp;#x20AC;&amp;#x2122;s attention, she only plays a role of provocation. Indeed, to sell, you have to seduce. Advertisers use the body in all its splendor to reach their target, whatever it is! Propaganda_project offers female models the opportunity to express themselves on the subject through the use of stickers. Here is the result of some of these collaborations.

This book has been designed and printed in an edition of 20 copies by @propaganda_project, somewhere in the world. The invasion is near.

Welcome to Propaganda_Project. Second zine about Propaganda_Project The objective of this project is to reflect the impact of visual advertising in the public space. Penetrate your mind by being present everywhere. In our urban world, in the streets where we walk, in the buses we take, in the magazines we read, on walls, on screens, we are surrounded by images of an alternative way of life. We may remember or forget these images, but briefly, we take them in. And for a moment, they stimulate our imagination, either by way of memory or anticipation. Perturbing the eye by the contamination of a visual in the public space to see what blinds us, this is the goal of this project. 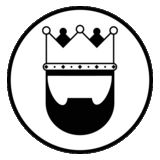