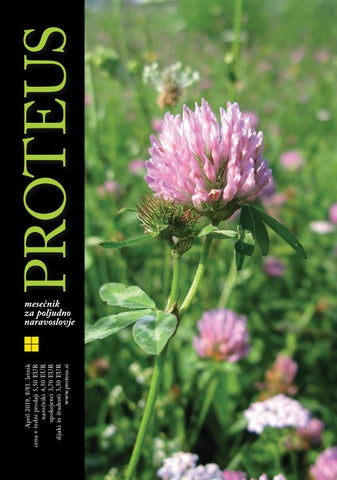 Editorial Tomaž Sajovic Table of Contents Nobel Prizes 2018 Nobel Prize in Physics 2018: Optical Tweezers and Method of Generating High-Intensity, Ultra-Short Optical Pulses Natan Osterman The Nobel Prize in Physics 2018 was awarded to three experimental physicists for their »groundbreaking inventions in the field of laser physics«. Arthur Ashkin won half of the prize for the »optical tweezers and their application to biological systems«, and the other half went jointly to Gérard Mourou and Donna Strickland for »their method of generating high-intensity, ultra-short optical pulses«. Chemistry, medicine and computer science Development of New Drugs and Methods of Computer-Aided Molecular Design Katja Valjavec and Andrej Perdih Development of drug molecules from its initial idea to the introduction of a new drug into the clinical practice is a complex multi-stage process with a high degree of uncertainty as to whether the performed research activities will actually result in a safe and efficient medicinal product. The drug discovery process encompasses the stages of macromolecular target validation, followed by the identification and optimization of the target active drug molecule. Subsequent preclinical and clinical studies comprise the final stages necessary before the approval of a new drug candidate for therapeutic use. Once the importance of a molecular target in the investigated disease state is firmly established the identification of molecules that could modulate it therapeutically initiates. Many techniques of computeraided molecular design are applied during the stages of hit identification and lead compound optimization in order to speed up and increase the efficiency of this process. Here, we present the key stages of the complete drug development process with the emphasis on the steps involved in the discovery and optimization of the active drug molecule. We also provide a brief introduction to the principles behind the most important tools of computeraided molecular design that are utilized in the early stages of drug discovery. Medicine and botany Hormonal Disorders and Liver Impairments Associated with Edible and Medicinal Plants Luka Kristanc Plant products – culinary or medicinal – should be used with caution, in exact quantities and not for extended periods. To make sure they don’t do more harm than good we should pay special attention to any side effects that might occur.

Similarly to the development of cancer, hormonal disorders and liver impairments do not evolve overnight, but are a result of extended, and often excessive, use of herbal preparations. A lot has been written and said lately about so-called endocrine disruptors, i.e. substances that can disrupt the proper functioning of the body’s endocrine system. There are myriad substances mimicking sex hormones, especially estrogens. Most of them are industrial in origin, such as the plasticizer bisphenol A, polychlorinated biphenyls (the most notorious being PCB), certain pesticides (such as Dichlorodiphenyltrichloroethane, known as DDT), fungicides (vinclozolin) and herbicides (atrazine), whereas others are natural, such as phyto- and micoestrogens. Even in small quantities, if taken for an extended period all of these substances can have adverse effects on reproductive health of both men and women; they can disrupt embryonic and fetal development (teratogenicity) and may even lead to the development of certain endocrine cancers (such as prostate, breast, ovarian and endometrial cancer) (Balabanič s sod., 2011). It is also known that certain plant substances may disrupt the functioning of the adrenal and thyroid glands. Liver is the principle site of metabolism of foreign substances (so-called xenobiotics), including most of the conventional drugs and plant ingredients, and is therefore exposed to the highest concentrations of potentially dangerous reactive metabolites. Despite the liver’s substantial detoxification and regeneration capacity, long-term use of plant preparations may lead to minor, and in more susceptible individuals even more serious, irreversible liver damage. History of science Science and the Ancient Greeks Andrej Likar Ancient Greece is widely believed to be the cradle of science that we know today. It is just as frequently overlooked that Ancient Egypt with its five-millennia-long history came first, and that many observations of the world crystallized before the Greeks took them as theirs. The renowned Heron’s formula that relates the area of a triangle with the lengths of its sides is Heron’s only by name. It was known already to the Egyptians and even Archimedes knew the formula two centuries before Heron. Unfortunately, little is known to us about science in Ancient Egypt, because we have only few records of this kind. The fertile humus of past millennia served as the substrate on which the Ancient Greeks developed science in the direction that we know today. Naturally, experiments were widely neglected in natural science of the time, which does not come as a surprise, given the state of technology at their disposal. Ancient Greeks used logical reasoning and observation of natural phenomena to arrive at their scientific findings. Geometry flourished because it did not require experimental verification, and astronomy because qualitative observation

of celestial phenomena did the job. This article does not aspire to give a comprehensive overview of ancient science. Many conceptions that Greek thinkers had about the world turned out to be wrong and as interesting as they may be, we won’t look into them on this occasion. We’re going to look into their achievements from today’s perspective and only mention those that are still fully or roughly valid today. With scalar multiplication of the vectors of our knowledge and theirs we will identify the areas where their product is high. We will only briefly discuss Aristotle in terms of natural sciences, for example, even though his scientific influence at the time was tremendous. With his body of work he created a rather coherent image of the world, but opposed to the use of mathematics in natural sciences. Most of his physical observations are contrary to what we know today. Medicine Thoughts on Death and the Right to Die with Dignity Death in Religion and Philosophy, the Right to Live and Die in Dignity for All

Katja Vöröš Death is a word that doesn’t come easy, and it’s certainly not something we are ready to think about. Even society, after all, seeks to push it aside, pack it in a box, hoping that this box won’t open too often. Is there a scarier word? Why is thinking and talking about death in the company of others so weird and unacceptable? Why does it affect us so? How do we cope with people who are dying? Reading Odprto srce (Open heart), a book written by medical doctor Urška Lunder, helped me find answers to many of these questions. This book is the proof that a kind word and sincerity are the key to making contact with a patient. It is a lesson for all young medical students who often lack the empathy for fellow humans. The reputation that doctors enjoy in society all too often attracts those young people to medicine who have the knowledge to satisfy entry requirements for medical school, but lack the basic communication skills required to establish a caring relationship with patients. People often talk about being confronted with their doctor’s disrespectful behaviour, observing that the doctor listens, but doesn’t hear. As a result, treatment cannot be successful either. Patients should be treated comprehensively, doctors should be able to talk to them without judging, to make contact and establish trust. Cold and disrespectful behaviour is counterproductive and only reflects poorly on the medical profession, causing growing disappointment among patients. At the same time I couldn’t but think about refugees and the right to live and die in dignity for everyone, not only for the few who are lucky enough to weave the web of life as they choose. Our sky Is Jupiter’s Great Red Spot to Disappear? Mirko Kokole 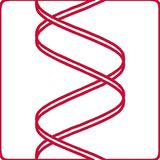