ALL TOGETHER NOW Book Club Kit 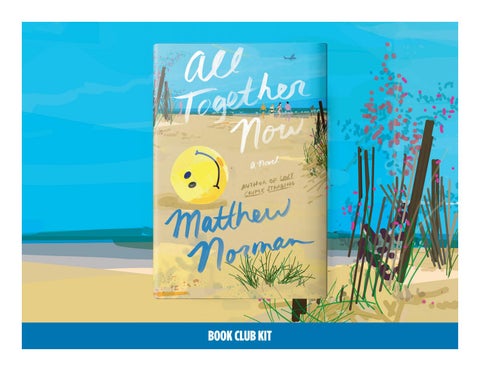 LETTER FROM THE AUTHOR Dear Reader: First off, thank you. Of all the great books out right now—not to mention all the great books ever published—you’ve picked All Together Now, and I can’t tell you how much I appreciate that. Hopefully it’ll make for a lively discussion. Like most novels, All Together Now is about a whole list of things, like our own mortality, the difficulties of marriage and parenthood, the genius of The Beatles, the frustration of unmet potential, and the pain of unrequited love. More than any of that, though, this is a book about the power of enduring friendship. Because there’s just something about old friends, right? They’ve enjoyed your company at your best, and they’ve endured you at your worst. They’ve watched you succeed and fail, probably many times over. Their friendship has outlasted any number of ill-advised romances and casual heartbreaks. And still, after so much, they’ve stuck around. How wonderful is that? Thanks again for reading. And if you ever find yourself in wonderful little Delaware, I recommend passing through Fenwick Island, which is where this book is set. Nearly every location mentioned actually exists, the people are lovely, and the sunsets will take your breath away. Enjoy, MN

Like all of my novels, ALL TOGETHER NOW is packed full of music. Here’s a list of some of the songs featured, along with their significance. I’m biased, of course, but I think you’ll agree that they make a pretty amazing summer playlist. “All Together Now” by The Beatles The title track, if you will. Although it’s a lesser-known Beatles song, I became obsessed with its inherent irony while writing this book. The Beatles released this cheery, infectious sing-along about togetherness on the Yellow Submarine soundtrack . . . about a year before they broke up forever. Sigh.

“Night Fever” by Bee Gees One thing I love about the “digital music” age is that the lines between “old” and “new” songs have blurred. With access to every piece of music ever recorded, why does it matter when a song came out? If it’s great, it’s great. And this song is definitely great.

“Shake It Off ” by Taylor Swift My young daughters were nuts about this song a few years ago, and they’d demand that I play it every time we got in the car. I wrote that scenario into the book with a special nod to the “liars and dirty, dirty cheats of the world” lyric.

“Ice Ice Baby” by Vanilla Ice The choice here was comedic. Blair shouts it out without even thinking about it when asked to request a song. I’m convinced every human being between the ages of 30 and 60 knows every single word of it—whether they realize it or not.

“Living on a Prayer” by Bon Jovi Robbie is the last to arrive for the beach weekend, and when he does this song is blaring from the mediocre speakers of a just-purchased 90s convertible. Was I being too heavyhanded? Discuss . . .

“The Chain” by Fleetwood Mac In this epic song the “chain” is the bond that keeps a relationship going—or the bond that keeps this band together despite years of turbulence and strife. Either way, sometimes there’s just too much underlying love to ever completely part ways.

“Margaritaville” by Jimmy Buffett Do I like this song? I absolutely do not. I wrote a beach novel, though, and this is about the beachiest damn thing ever put to music. Like sunburns and hangovers, Jimmy Buffett is an indelible part of summer, and this list would’ve been incomplete without this song. “In the Air Tonight” by Phil Collins That drum solo, right? Although it’s not called out specifically, this ominous song is playing over the speakers while the main characters are playing miniature golf in the sunshine. It offered just the right amount of foreboding. “Ob-La-Di, Ob-La-Da” by The Beatles This song is playing during a scene in which the two characters present have just been (metaphorically) punched right in their guts. Unfortunately, though, due to some technical difficulties, they’re powerless to skip ahead, so they’re forced to endure it.

“Uptown Girl” by Billy Joel Like so many novels, All Together Now features a series of squirrel puns based on pop song titles. You know, that old trope. This is the most notable, and it leads to a small surprise. “We Built This City” by Starship Wade calls this the stupidest song in the history of music. Well, you know what, Wade is a snob! Turn it up and don’t apologize for loving it. “Hey Jude” by the Beatles I love this song. Duh. But the significance here is how the famous “nah-na-hah-nah” part can either make you very happy or very sad depending entirely on your perspective. It’s probably my all-time favorite song.

You can’t have a beach weekend or a book club without food and drinks, right? Here are some suggestions inspired by All Together Now. And, for legal reasons, may I suggest a designated driver? Rosé “Rosé all day, bitches.” Cat says this immediately before crying. Don’t judge. We’ve all been there. Truly Speaking of Cat, she says that Truly is “all the rage among suburban alcoholics.” And for good reason. Fruit, bubbles, and malt liquor? Hello, summer. Dom Perigon If you’re looking to class up this month’s book club meeting, bring a bottle of Dom. Don’t spill it, though. That stuff is expensive. Beach Pizza If you’re in Fenwick Island, you need to order a pizza from Mancini’s. If you’re anywhere else on earth . . . whatever. Just order from the closest place. Pizza is pizza, right? Maybe throw in some spaghetti for the kids. Crab Cakes The book is set in Delaware, but the main characters all grew up in Baltimore, which is basically the crab cake capital of the world. For the full Charm City experience, add Old Bay seasoning. You will either love it or hate it. Dairy Queen And for dessert, find your closest Dairy Queen. As far as I’m concerned, a Butterfinger Blizzard is the ultimate go-to order. However, I’m told they have other things, too.

All Together Now is set in the present day, more or less. However, throughout the book, we see the main characters as high school students. Here’s a look at what their senior quotes would’ve been in the Baltimore Catholic Preparatory High School yearbook . . . if any of them had actually graduated.

The setting of Fenwick Island is intrinsic to this book. Discuss the ways in which the setting functions as a character in the novel and how each of the other characters relates to it.

What specific themes did the author emphasize throughout the novel? What do you think he is trying to get across to the reader?

How do the characters change, grow, or evolve throughout the course of the story? What events trigger such changes?

What do you think the author’s purpose was in writing this book? Are there core ideas that stand out?

What did you think about the ending? Were you satisfied or disappointed, or a mix of the two?

How did this book change you? Do you have a new perspective as a result of reading this book? Did you learn something you didn’t know before? Has an attitude or behavior changed?

Did the story unfold the way you expected? If not, what surprised you?

What did you think of the writing? Are there any standout sentences or passages? Were there any you underlined, or that particularly affected you?

What was your initial reaction to the book? Did it hook you immediately, or take some time to get into?

Which character did you relate to the most, and what was it about them that you connected with?

ALL TOGETHER NOW Book Club Kit 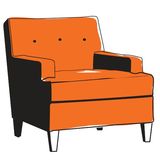