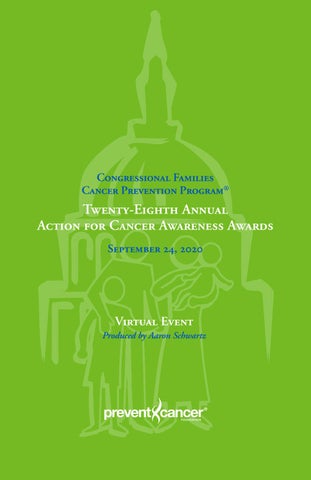 To Our Program Sponsors

Program Dare to imagine a world without cancer

Spouse, Representative Dave Loebsack, Iowa Terry Loebsack is a longtime member of the Congressional Families Cancer Prevention Program Advisory Committee. This mission is personal for Terry, who has been diagnosed with all three types of skin cancer. With her skills as a teacher and her platform as a congressional spouse, Terry has shared her experiences with skin cancer to raise awareness, educate others and inspire action. She practices what she preaches, visiting the dermatologist every six months, applying sunscreen daily and instilling healthy habits in her family. Terry has regularly participated in Program and Foundation events in Washington, D.C., and in Iowa, including at the Prevent Cancer Foundation and John Stoddard Cancer Center Health Awareness and Cancer Screening Booth at the Iowa State Fair.

News anchor, “Today”, co-host of 3rd hour, “Today” and anchor on MSNBC Live When Craig Melvin’s brother was diagnosed with colorectal cancer at age 39, Craig turned to his investigative skills as a journalist to seek answers. He discovered a rarely-discussed family history of the disease and learned about an alarming broader trend of young-onset colorectal cancer. Craig has effectively used his personal experience and professional platform to raise awareness about colorectal cancer, encourage family conversations, and highlight the importance of screening.

Actor, producer, writer and comedian Before Ken Jeong’s comedy career took off, he was a licensed physician with an undergraduate degree from Duke University and a medical degree from the University of North Carolina. As his career pivoted to comedy, his wife Tran, also a physician, was diagnosed with triple negative breast cancer. She encouraged him to take his infamous role in “The Hangover” even as she was undergoing treatment. Since then, Ken has used his comedy and visibility to raise awareness about the importance of screening to detect breast cancer early. In addition to his role as a judge on “The Masked Singer”, Ken can be seen reflecting on his family’s journey in his 2019 Netflix stand-up comedy special. He also co-wrote an episode of his recent sitcom “Dr. Ken” based on his family’s personal experience.

Accepted by Mike Uyama, Founder The Games Done Quick organization hosts annual and stand-alone charity video game marathons. Founded by Mike Uyama in 2010, its winter and summer events have raised more than $25 million for charitable organizations, including the Prevent Cancer Foundation and Doctors Without Borders. Thousands of gamers gather in person to support speedrunners who complete video games as quickly as possible. Hundreds of thousands of followers from around the world watch online and donate in support of the gamers and charities.

The Prevent Cancer Foundation® is celebrating 35 years as the only U.S. nonprofit organization focused solely on saving lives across all populations through cancer prevention and early detection. Through research, education, outreach and advocacy, we have helped countless people avoid a cancer diagnosis or detect their cancer early enough to be successfully treated. The Foundation is rising to meet the challenge of reducing cancer deaths by 40% by 2035. To achieve this, we are committed to investing $20 million for innovative technologies to detect cancer early and advance universal cancer screening, $10 million to expand cancer screening and vaccination access to underserved communities, and $10 million to educate the public about screening and vaccination options. For more information, please visit www.preventcancer.org.

The Congressional Families Cancer Prevention Program® is a bipartisan, non-political effort to increase the public’s understanding of cancer prevention and early detection. Families of the United States Senate, House, Cabinet and Supreme Court members are invited to work within their respective constituencies—and nationwide—to raise awareness and help reduce risk for these diseases. When the Congressional Families Program® launched in 1991 as a partnership between the Prevent Cancer Foundation and The Congressional Club, initial efforts focused on breast cancer. The success of the Program’s first five years led to the expansion of its scope to include colorectal, liver, lung, oral, prostate, skin, testicular and cervical cancers, as well as HPV and hepatitis B and C-related cancers. The Program offers participants educational seminars, talking points, social media posts, op-eds, letters to the editor, speeches, videos, program ideas and many more tools to use in their districts and beyond. With these tools, the Congressional Families Program takes the message of cancer prevention and early detection into communities across the United States. For more information, please visit www.congressionalfamilies.org. 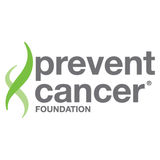