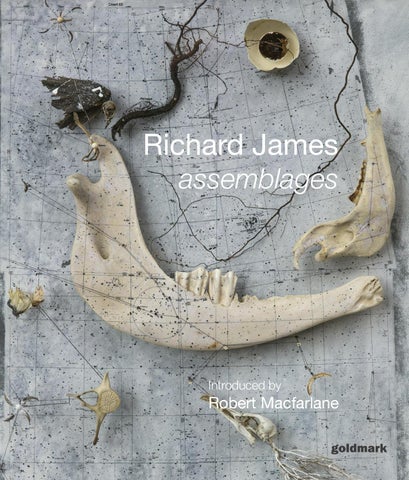 Migratory 1 Mind that swan? The whooper we found neck slack on the turf, head pointing north like a way-sign, how you stooped and opened its wing? I paid scant heed to your naming of parts: coverts, ulna, primaries being scunnert with the place, its gales and sea-roar â&#x20AC;&#x201C; but this wing â&#x20AC;&#x201C; this was a proclamation! The wind-fit, quartz-bright power of the thing! A radiant gate one could open and slip through... We dragged the swan to the lee of an old dyke tucked it in neat, a white stone, then trudged up out of the glen. At the ridge again, we got clouted properly, staggered on, half elated, half scared.

Richard James assemblages I first encountered the work of Richard James six autumns ago, at a period of my life when I was travelling frequently to the Outer Hebrides and the north-western seaboard of mainland Scotland. That year I sailed overnight in an old open boat from the Butt of Lewis up to Sula Sgeir – the Gannet Rock – forty miles out into the North Atlantic. My skipper on that journey, Ian Stephen, was a navigator of exquisite precision. To plot our course on the charts he used a pair of brass dividers with curved handles, that reminded me of the skull of a godwit. The sky on the night we sailed was cloudless. Jupiter blazed in the east. A phosphorescent wake unfurled behind us. As our destination lay due north, our navigation was celestial and simple: keep the North Star steady between halyard and spar. Seeing Richard’s exquisite work for the first time shortly after that journey, then, I was struck both by its eeriness and its familiarity. The obsessive nature of his collecting and arranging; his fascination with star-charts, with birds and whales, with littorals, with wrack and wreck, with navigation and orientation – these made immediate sense to me. I admired, too, the assembly of precedents that his cabinets invoked: the reliquary (sacred), the wunderkammer (secular),

Extrasolar (Beyond the Sun)

Astronomy of the Seashore

Makers of the Starry Sky (Days of Devotion)

Notes Astronomy of the Seashore

between Dun and Stac Levenish. A right hand, symbol of God’s

blessing, holds a gull hatching from a mussel shell.

Birds and the Flowering Sea (Articles of Belief)

Extending thousands of kilometres into space, the Earth’s magnetic

field encloses the planet in a protective shield. It is believed that birds may be able to ‘see’ electromagnetic fields, and so use the changes

migrations around the globe.

life. A hybrid belief system where accepted objects of devotion have

At the Borders of the Known World

trails over the words. How many times have these psalms been sung

or the chapters read?

Model, Other Found Objects. A processional object for protection and guidance through new world landscapes.The astrolabe is a very ancient astronomical computer for solving problems relating to time and the position of the Sun and stars in the sky.

Bear North at the Far West

These objects were collected from the Sound and Brough of Birsay

on Orkney while crossing the causeway at low tide. The Brough is an

Tooth, Other Found Objects. The egg is a symbolic representation of the Universe, the origin and secret of being. Its hidden and mysterious inner workings conceal the miraculous development of life. The young will hatch and begin the long migration north, guided by the pole star in its constellation Ursa Minor - a celestial bearing to a common destination.

Between Dun and Stac Levenish

oystercatcher skulls and other remains form the asterism. All life is

made from elements formed from collapsed stars – everything is

Extrasolar (Beyond the Sun)

Beyond the immediate Solar System – moving out past galaxies and on to the outer edges of the Universe where the Atlas of mythology, symbol of strength and endurance, holds the celestial sphere of

Pages from a star atlas showing the constellation Taurus. A cow’s

ancient astronomy on his shoulders.The Atlas is the topmost cervical

jawbone and other remains form the asterism. All life is made from

vertebra of the spine and supports the skull.

elements formed from collapsed stars – everything is connected.

2008, 1170 x 290 x 80 mm A votive offering for Carsaig Bay (Mull) using found material from the site. Ex-voto are made in gratitude or devotion and left in a sacred place for ritual purpose.

A small, portable altarpiece constructed for the use of an individual

who would daily sing, or recite verse, to honour the souls of its

These seabird skulls were collected from the Sands of Evie, on the edge of Eynhallow Sound. The broken sea urchin was recovered from the shore below the Broch of Gurness (complex Atlantic Roundhouse), Orkney.

A kinship group mortuary vessel/totem housing the remains of extinct

landscapes of western Scotland. As the Earth spins on its axis, relics

transcendence and rebirth, and are combined with the collected

of divinities appear to rotate around the fixed point of the pole star.

evidence of past island lives.

Ring of Brodgar and the Salt Knowe

An icon to navigation using collected objects from St. Kilda. A pair of beacons, or ‘seamarks’, give a position fix and indicate safe passage

for vessels passing Stac Levenish and sailing into Village Bay on the main island of Hirta.

Makers of the Starry Sky (Days of Devotion)

Much of my work makes strong use of astronomical association: an

The excavation of a ritual site. A star group is revealed on the inside of

attempt to recognize the greater mystery inherent in the

a predated fulmar egg. The wire bisects the stars in a suggestion of

astronomical alignment. The talon locating the site on Earth and the wishbone from a storm petrel navigating hope into the void. The glass

2012, 420 x 460 x 70 mm It appeared below the southern fish and above the equator, crossed the equator, passed through Aquarius and the tail of Capricornus, where it ceased its apparition in the rays of the Sun. Charles Messier 1730 - 1817 Observation of Comet Halley in 1759 taken from his ‘Notes on my Comets’.

Path of the Old Sun

surface, passing continually between realms in a repeated ritual of

Leaf. The Sun will make an altar of the Earth. It is slowly expanding and brightening and will eventually become a red giant. The Earth will be engulfed, the oceans evaporated and life destroyed, before the Sun itself then collapses into a white dwarf.

The Whole of What Turns

A reliquary for the North Atlantic. The recesses hold the saint-like

remains of a herring gull and northern gannet, their headdresses

influence. It is from this cloud that weakly orbiting objects become

adorned with crescent moons, stars and flowers. An inverted tree at

dislodged to fall towards the inner Solar System as comets.

the equator has its roots amongst the northern constellations. The glass vial of Atlantic seawater is substitute for a flame, to which moths

and butterflies are repeatedly drawn.

The contemplation of the sacred mysteries will include the development of personal theories; these will be undertaken in the knowledge that the sacred can never be fully understood.

Hymnal. Each hymn is individually combined with collected natural

objects, then burnt in a glass vial and sealed with resin to form a

The Earth enclosed by the field of Heaven. Two surviving birds fly over

Loch Stenness, the bodies of water that enclose the ancient henge.

the receded waters. The raven, first to leave the Ark, is a symbol of

Hemispheres of egg-like star clusters and distant galaxies trail from

solitude and protector of prophets.

the birds tail and crown. Earthbound stilted figures rise up to be nearer Heaven.

Studied at the University of Northampton

Lives and works in Oundle, Northamptonshire

Work in private collections in the UK and US 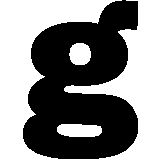 Sample pages from May 2016 exhibition catalogue of Assemblage Art by Richard James.

Sample pages from May 2016 exhibition catalogue of Assemblage Art by Richard James.