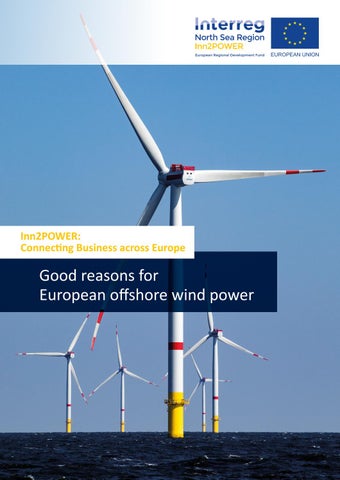 Offshore wind energy is indispensable for the energy transition. At sea the wind blows strongly, reliably and with current forecast models even predictably, which means that offshore wind power is almost baseload capable. Offshore wind is the foundation for security of supply in a future renewable energy system and it is an important factor for the stability of the power grid.

Offshore wind lowers the cost of the energy transition. The cost of offshore wind has already fallen significantly and further reduction is possible. Over the next few years, zero-subsidy offshore wind farms will be built in the UK, Germany and the Netherlands meaning that these will be financed solely by market prices. The more offshore wind farms are built, the more economies of scale will come into play and the cheaper it will be to produce each kilowatt hour of electricity.

The developed technical and commercial knowledge of the offshore wind industry offer great potential for export. The market for offshore wind is growing rapidly, not only in Europe but also in Asia and North America. The International Energy Agency estimates that the capacity of offshore wind farms will increase by a factor of fifteen over the next twenty years.

Significant efforts are being undertaken in all areas of the offshore wind industry to protect the environment. The industry complies with international regulations and strict environmental standards. It also designs its own production processes as ecologically as possible. Read more on page 3.

The marine environment can benefit from offshore wind. The ban on fishing in offshore wind farms has a positive effect on fish stocks. The foundations of offshore wind turbines can also act as artificial reefs. This may lead to new species of animals settling in the North Sea and Baltic Sea. For more information see page 4.

The expansion of offshore wind can promote local tourism. This is the conclusion reached by researchers regarding the construction of the first wind farm off the east coast of the United States. More on this: Page 5.

The production of green hydrogen from offshore wind energy using electrolysis is already possible on an industrial scale. Hydrogen production from wind power is set to play a fundamental role, especially in sector coupling. One example is the production of synthetic fuels from green hydrogen for air transport. The use of “green” hydrogen produced with renewable energy enables energy-intensive industries such as cement or steel plants to significantly improve their carbon footprint.

The offshore wind value chain is making great efforts to protect and preserve the environment. Strict environmental standards and comprehensive environmental regulations must be adhered to in design, construction and operation. One example is the comprehensive noise protection requirements during the construction of an offshore wind farm. Specialists place a hose around the foundation site on the seabed that creates a curtain of air bubbles. This curtain dampens the sound generated by the installation of the foundations. Before the installation begins, marine animals are temporarily frightened away from the area using a warning signal. After the installation phase, they return. Porpoises, seals and other animals find a rich supply of food in offshore wind farms that have been completed.

Research institutes such as Wageningen University & Research (NL), MARIN (NL), VLIZ (BE) and ILVO (BE) are monitoring and studying the sphere of influence of offshore wind farms and are working intensively with the industry on further solutions for the preservation of marine life. Newer foundation technologies such as suction bucket foundations produce almost no noise during installation. The impact of offshore wind on bird populations is also being carefully studied. Danish scientists have observed that seabirds can reliably recognise the rotors even at night and can fly through the rows of offshore wind turbines. Other studies show that while some bird species avoid offshore wind farms, others seek to be close to them. As offshore windfarms are often restricted areas in which active fishing is prohibited, the local ecosystem provides an abundance of food.

The impact on the marine environment

In the summer of 2019 a team from the Thünen Institute for Sea Fishing in Bremerhaven (D) investigated the impact of the foundations of wind farms on the ecosystem at a North Sea wind farm of Heligoland. Do offshore wind power plants promote the occurrence and spread of commercially useful marine life? In order to investigate such questions, the researchers carried out several studies and experiments at the Meerwind South/East wind farm and the surrounding waters with the support of the operator WindMW Service. Initial results of the study show that marine organisms such as crabs and lobsters are already colonising the foundations of the Meerwind South/East wind farm. These newly created artificial reefs offer new habitats to the animals. Cod and crabs in particular seem to like to be in and around the offshore wind farm. Fish can regenerate their stock there thanks to the fishing bans in the wind farm. Seals, porpoises, seabirds and other animals find a rich food supply in the offshore wind farm. The research of the Thünen Institute is still in its initial stages but there is reason to believe it will deliver conclusive results.

Other studies also suggest that many different species like to make their homes in the offshore wind farm habitat. Based on these results policy makers are adapting spatial planning, exploring the potential to combine offshore wind farm operations with aquaculture in the same area. Extensive investigations with radar and infrared cameras were carried out at the Danish wind farms Horns Rev and Nysted. The research shows that birds react to the wind farm during the day as well as at night and avoid it. No direct collisions were observed. This is also consistent with Swedish studies. Possible displacement effects of offshore wind farms and resulting habitat loss for resting birds were investigated during the course of all existing projects. The result is that birds behave similarly with offshore wind farms as they do with conventional buildings. Similar studies in other offshore wind farms in the North Sea showed the need for a more comprehensive approach covering the evolution of species and habitats across the North Sea Region, from East of England waters (UK) over Belgian, Dutch and German areas, to the Danish coast.

In the initial stages of offshore wind farm development the local sentiment is often characterized by “fear of the unknown” and the tourism sector expressed concerns that these projects may harm the economy. Spatial planning in most cases kept the wind farms far enough from the coastline to limit visual impact, countering these arguments. Researchers from the University of Rhode Island (USA) have found that the first offshore wind farm off the coast of the country has even strengthened local tourism. The Block Island offshore wind farm is located approximately six kilometres off the island of the same name on the east coast of the USA and for their study, the researchers analysed three years of Airbnb booking data during the timeframe when the wind farm was commissioned. Their findings, which were published in the journal Resource and Energy Economics, found that bookings were approximately twenty percent higher than before the wind farm was built.

One year after the wind farm was put into operation, the study suggests that several important indicators for the tourism market show that interest in visiting Block Island has increased. Coastal cities where the offshore wind industry operates have set up information centres and offer tours to offshore wind farms. Offshore wind and tourism also seem to complement each other well on the North Sea island of Heligoland. More tourists have come to the island since the offshore service port in the south of the island was opened. The increasing demand for tours with fast catamarans and for sightseeing flights to nearby offshore wind farms show that visitors are interested in offshore wind. These examples show that wind power plants at sea can become a tourism attraction if local initiatives introduce visitors to the technology.

The offshore wind industry has grown strongly over the last ten years and has added significant value to the European economy. This is reflected in the diversity of medium-sized businesses as well as in the number of jobs. The industry is still in high demand for qualified personnel for a range of roles such as industrial and technical specialists, mechanical engineers, electrical engineers, civil engineers, offshore operators, marine and contracting specialists, control room operators, inspection and quality engineers, support vessel crew, technical maintenance staff, operations managers, etc. The education and further training of skilled workers is a key factor for the increasing maturity and growth of the offshore wind industry.

Based on 2018 figures, the offshore wind industry and the related supply chain accounts for 200,000 jobs, that is 200,000 people active in the North Sea Region alone. According to the International Renewable Energy Agency (IRENA) the ability to develop domestic value chains for offshore wind depends on several factors. These include expected demand, adequate political support, the availability of appropriate industrial capacity and the ability to meet costs and logistical challenges. Building sustainable local industries for manufacturing, engineering, construction and related services is essential for the further development of the wind industry at sea. 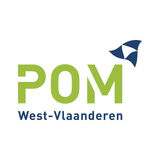