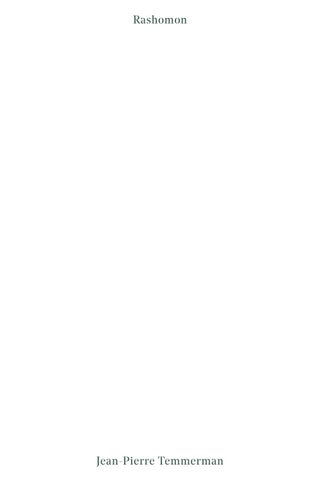 In 1951 the Golden Lion, the first prize at the

get caught; a web that mirrors the maze of

their own versions of the truth. Kurosawa turns

nature, the forest, into a mental landscape

The film had a big influence in the West.

echoing the central theme of Rashomon.

Jean-Pierre Temmerman's work was, and

wave of films, plays and books about 'the

still is, clearly influenced by cinema. In this

relativity of truth'. In the film, based on two

exhibition he is showing a series of three

watercolour paintings ('Whispers in the Forest

a woodcutter tells of a series of horrific

I-III') that form a sequence in which - by means

events: an ambush, rape and murder. The

of a shifting horizon - a 'camera movement' is

four protagonists of the story however give

contradictory statements of what actually

about an exhibition of Jean-Pierre Temmerman

happened. Is anyone of them telling the truth?

in Art Box in Waregem, and stated that

â&#x20AC;&#x153;the mental landscapes of Temmerman are For this exhibition Jean-Pierre Temmerman was

combinations of reality and abstraction which

inspired by the very expressive nature scenes that

can lead to both chaos, wishful thinking or

play an important role in the film by Kurosawa.

nightmaresâ&#x20AC;?. Temmerman indeed was and is a

Famous in Rashomon is the scene in which the

master of the 'mindscape'. He paints fascinating

woodcutter walks into the woods and we see a

landscapes, environments full of details. You

can take them in at a glance (as the small

the treetops, viewed from the ground. These

watercolour paintings invite you to), but you can

nature scenes are more than the background

also endlessly dwell in them; especially in the

against which the drama unfolds. They almost

enlargements. They form worlds by themselves,

literally form a web in which the protagonists

with their own laws. Even gravity doesn't

apply here: many of them have no fixed up- or

Seghers. But different from Seghers, the world

downside. You can turn them around, hang

of Temmerman is largely abstract with only a

them vertically or horizontally, or upside down.

recognisable horizon or a cloud as a figurative reference. Seghers' work suggests a virtual

These works are the result of a long, technical

dream world, an immeasurable space. In

and conceptual process that took more than 15

Temmerman's work we are being fully emerged

years. In this period Temmerman developed a

in that space, in that dream. Often we seem

whole new technique that allowed him to explore

to be underwater, in a submarine world, in

which the fixed coordinates of our world are no

work. Part of this evolution was accidental: as

longer valid, in which we lack reference points.

he no longer had a studio, Temmerman had to develop a new way of working. He started

In Rashomon the nature scenes reflect the

relativity of truth which is the central theme

These magnificent little works excel because

of the film. The strange, endlessly fascinating,

of their subtle variations of azure green and/

or pale brown tints. Some of the new work was

also possible thanks to technology: photography

on the central theme of the film: reality is

and UV printing techniques make it possible to

lost in a web of interpretation. But more than

enlarge these small watercolour paintings and

that: we have lost our reference points, and

turn them into large and imposing canvases.

are submerged into the dream world of our

observations and emotions. Temmerman's These works recall not only the nature scenes

works are backdrops for a new, unknown and

in Rashomon but also the work of another

Rashōmon has become synonymous with the

collection of over 1,000 stories written during

relativity of ‘truth’. All stories of the witnesses

seem perfectly logical and defensible, but

still there appears to be an underlying

with human selfishness and the importance of

motive to tell 'the reality' different from their

own perspective. The black and white film

considerations are of little importance when

Rashōmon, 1950 by Akira Kurosawa based on the

survival is at stake. He sees truth and reality as

Rashōmon (羅生門, 1915 and only 10 pages) provides with the first page, the opening scene

In the last phase of his life Ryunosuke

also 10 pages) forms the source for the main

and psychological problems. At the beginning

story of the film. The final scene with the

of 1927 he attempted an unsuccessful suicide

with his friend. In July of the same year he took

Deus ex Machina, a tool for the ultimate truth,

an overdose of Veronal that he received from his

the element that mounts our perception back

on point; as completion. However in the story

Veronal is the name of the first tranquillizer

and hypnotic, discovered by the German Nobel

birth to a baby.

These stories the Ōchō-Mono are based on

1903. The name Veronal would be derived from

the fact that von Mering took a dose of the drug

Konjaku Monogatari (Tales of long ago now), a

during a train ride and woke up on arrival in the

“The Rashōmon-effect is the effect of subjectivity of perception on recollection.” Karl G. Heider, visual anthropologist, 1966

and a half-life greater than 100 hours. As a result

paintings, are much more than that, completely

all body functions slow down substantially, for

soaked, saturated with pigment and self-made

recipes. Intuitive and autonomously without

and an overdose leads to death. Veronal is no

predetermined conception. They arise and

grow, sometimes over a period of 10 to 15 years until the oxidations become independent

In the oeuvre of Jean-Pierre Temmerman the

universes. The titles are given afterwards

medium of film is recurring. As medium by

as a concretization of the subconscious. By

itself, as reminiscence, as visual element and

not in the least in the references of the titles.

the miniatures become infini’s on a monumental

That what served as backdrop in his earlier work,

scale in which every microscopic detail becomes

as infini, became independently autonomous to

visible for the first time. Rashōmon's gates on

the foreground in his work of the last 15 years.

Initially out of necessity, ultimately as essence. Made as miniatures where, once you zoom in

One untitled work (of the Cosmo Ocean series)

on, you start to disappear into infinity; infini.

initially was horizontal and subsequently became

a vertical work of the Event Horizon series and

Horizons. An event horizon in cosmology is

thereby got the title Rashomon Forest. A gate at

the boundary behind which information, in the

the bamboo forest, the Samurai, the wife of the

form of matter or light, can no longer reach a

Samurai and Tajōmaru the robber, in colour.

certain or another point; neither in time, nor in

Each one his own imagination.

space. The perception horizon is relative and in different places or times it can be different for different observers.

Vibrations in the Forest

Movement in the Forest

Cosmo Ocean, There will be...

Whisper in the Forest I, II & III

Rashomon, Plus One Gallery, Antwerpen (BE)

The Desire to Be a Cloud, Gallery Al Segno, Zaventem (BE)

In the Beginning There Was an Image and the Image Was Ours... A Sequence, Gallery Joost Declercq, Gent (BE)

Next Level, Pakt, Plus One Gallery, Antwerpen (BE)

Alice in Wonderland, installation in Fort Hoboken in the

context of the summer of Antwerp (BE)

Video documentary, about the work of Jean-Pierre Temmerman commissioned by Nordstern Versicherungen

Temmerman, J.P. (1991). In the Beginning There Was an Image and the Image Was Ours: A sequence. Gent: Imschoot 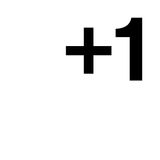 Catalog of the solo exhibition Rashomon at PLUS ONE gallery

Catalog of the solo exhibition Rashomon at PLUS ONE gallery