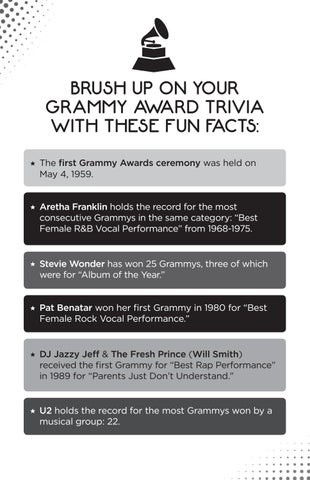 BRUSH UP ON YOUR GRAMMY AWARD TRIVIA WITH THESE FUN FACTS: The first Grammy Awards ceremony was held on May 4, 1959.  retha Franklin holds the record for the most A consecutive Grammys in the same category: “Best Female R&B Vocal Performance” from 1968-1975.

 tevie Wonder has won 25 Grammys, three of which S were for “Album of the Year.”  at Benatar won her first Grammy in 1980 for “Best P Female Rock Vocal Performance.”

 2 holds the record for the most Grammys won by a U musical group: 22. 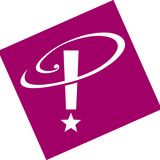