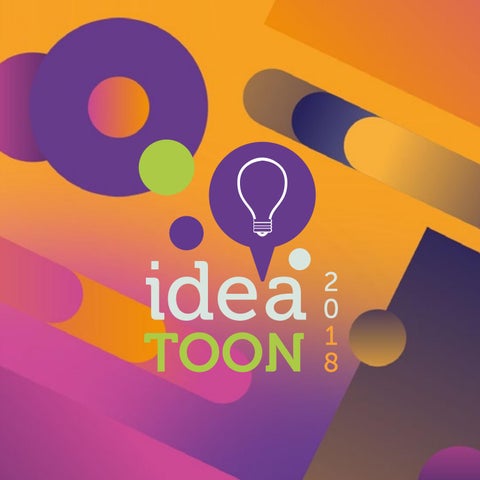 ideatoon is a platform designed by Pixelatl in 2012 and re-

engineered every year with a simple and ambitious goal: help aspiring creators to develop their ideas into animation shows and feature films. This strategy is aimed to strengthen the regions creative industries and aim at global audiences. The Ideatoon development strategy consists is divided into 3 stages: a) Call for entries, b) Development bootcamp, and c) IdeaToon summit to pitch to executives. As the end of 2018 from the Ideatoon contest there are now 6 TV shows in development by major networks, and over 16 studios have landed service and/or option deals with international partners and broadcasters through the Summit at PĂŻxelatl Festival. This is a major breakthrough for the Mexican and Latin industries and even though there is still a lot of work ahead, the first gears have started rolling. Over 280 projects were received and the best 30 went to Ideatoon development bootcamp. In this catalogue you will find the finalist projects for 2018 that went through the Ideatoon program and made it to the summit. The studios and creators worked with their industry mentors through the year to better their projects from a storytelling, art, business and market point of view. The talent is here and together we are building the structure to bring the industry together.

A blind kid with unstoppable curiosity who lives in the shoulders of a world-sized giant: his grandpa

Hugo is a happy and energetic child living in a world that holds no threat for him. He is a HUGE, just like his grandpa, but heâ&#x20AC;&#x2122;s still young and has much to grow. He is the hero of the story, not because he is blind, but because he is a caring, intelligent and sensitive kid. Main topics are fellowship, empathy, and the notion that the world and every living being is made of star stuff.

Two little friends in the forest become partners to share their dream to make money to hangout together and enjoy life chilling forever.

Working in the Post Office Curtis and Bean watch life pass them by amongst the travel greetings and post cards with landscapes and parties they would simply love to have themselves. They both have very different personalities but this doesn`t stop them being the very best of friends and loving to play and having great fun together. Hoping to make their

dreams come true Curtis and Bean make up complex and intricate schemes to escape and even though endless holidays seem just around the corner, during their adventures and comedy moments they never seem to get them. Despite all of this they still end up by having each other

Making friends can be painfully difficult, especially when you are a mutant!

Jacaranda City was known as the best place to live, until one day everything became weird: Things in the city started to change, everything from rocks to plants and especially animals were affected. They became exotic mutants! Mutants were relegated as the city created the WCB (weirdness containment brigade), now they live under the city. In the sewers, they created a new society where they ruled and everything was fine.

Until Argus the mutant dog was expelled from the mutant city and forced to live between the humans. Now Argus will try to find a place where he can belong on this new scary and exciting world, and maybe change things for the better for weirds like him, on this hostile land. But there is no need to worry because he has found two mutant folks that will teach him everything they know about humans.

Tons of hair, drooling and disasters with toilet paper are some of the reasons why the owners dispose of their pets. The Dog Central team is determined to correct them so they can find a new home.

Stories center around a dog shelter owned by a young, hipster couple, but it’s their quirky canine charges who really run the show. Together, this unlikely pack do whatever it takes to help new arrivals find loving homes, which they do at the end of every episode. In the great comic tradition of Charlie Chaplin and Buster Keaton, the dogs don’t

speak, but their strong personalities, action, catchy music, and sound effects are more than enough to tell an entertaining story and promote positive messages about the proper care and feeding of our furry friends - and their humans.

Mace, a 12 year old boy along with other versions of himself, a dog and a girl, will travel across the multiverse finding in each universe a new version of himself.

Everything starts one fateful day, when Mace finds out that his scientist father is missing! But there is something in his father’s lab that catches Mace’s attention: A mysterious artifact that Mace soon started to call “the medallion”. What’s special with this medallion, you say? Well, this gadget can open a portal to an infinite gateway of universes! The clues seemed obvious to Mace: his father was lost in the multiverse. So with the help of two other

versions of himself, that he found with the medallion, a dog and a girl, he travels across the multiverse to find the whereabouts of his father. In every one of their trips, they are found with new versions of themselves, and Mace will understand what he is capable of by meeting his awesome parallel versions. Hopefully, at the end, he will answer a very important question: who he really is.

Since she was a little polliwog Ripiti has dreamed with this crazy idea of singing, and someday be famous for that. But in reality she has never been able to do it well Everything is swimming against the current in Ripiti’s dream until one day a new student arrives at her school. Stereo Maik carries a Boombox on his back, because for

him everything is a good spot to turn it into a dance floor. Ripiti and Stereo Maik hit it off straight away, and become great friends, giving an interesting turn in their lives. When Stereo began to drop beats to Ripiti’s singing, they discovered that Ripiti would be a great “Rapper Stutterer Frog”

The misadventures of a flawed TV crew struggling to produce a galactic travel show. They have a limited budget, limited experience and unlimited talent for trouble

Kazz, Goma and Camberto have nothing in common, except for their talent for messing up every episode of Starfaring Weekly: the new travel TV show which features the galaxyâ&#x20AC;&#x2122;s best destinations. Meet Kazz, the brave and passionate TV host who dreams of becoming a famous singer. Goma is the inexperienced cameraman, who is as enthusiastic as he is clumsy. And Camberto, the cranky and old camera with a ton of life experience.

Dealing with a low budget and a beat-up spaceship, our heroes will travel from wondrous landmarks to crazy unexplored planets; featuring local culture, gastronomy and traditions. This motley TV crew will learn to team up to shoot each Starfaring Weekly episode, despite the unintended chaos they bring to every planet they visit.

Cupcake, a Chihuahua tired of his life full of luxuries and comforts, decides to undertake a series of adventures after finding a magazine of the wild life magazine on his owner bookshelf.

Cupcake, a small chihuahua, tired of his life full of luxuries and comforts, decides to undertake a series of adventures after finding a magazine of the wild life in the bookshelf of Grace, his owner. Accompanied by an endless number of costumes and his inseparable magazine, he infiltrates in the environment and

the daily life of each of these species without being discovered. Meanwhile at home, his friends Toby and Henry are responsible for Grace never noticing his absence.

Two employees of The Ruler Tuco, a tidy Pug dog raised by cats and a happy centipede, solve all of the crazy and absurd, but important,complaints of the city and its surrounding towns.

Everything was true. The catastrophe happened and by the year 2045, the Earth survives as a new Pangea. The only things left are a main city under the command of The Ruler, a Complaint Department and many little towns with looks and customs as insane as their idiotic complaints. Tuco The Cat and Chepi-

na are two employees of The Ruler who are in charge of addressing and solving each and every one of the complaints in Pangea. For Tuco, its a job, but for Chepina, another pleasant thing to do, and for both, an endless adventure.

to teach her a new path on alchemy that will guide her and help her understand what she is supposed to do. Together they travel across the kingdom meeting fantastic characters as Virian’s time to decide how to use her power runs out.

Explore fantastic universes full of nostalgia and beings from legends little known by the public, as well as a reflection on how fast things are becoming disposable and replaceable.

Arthur, an 11 year old boy who loves old things, receives from his grandfather an old pocket watch that transports him by accident to a new world. Nettogrof where all beings and objects long forgotten, find their refuge. However, a terrible monster frightened these lands, the inhabitants of the place know him as Kraken, an octopus that doesÂ´t live at sea

and only has an instinct, feeding on forgotten memories. Alongside Yubi, a somewhat cranky teenage cap and Nanna, a smart and brave girl, Artur tries to find a way back home without success and in the process discoveries himself as the main target of Kraken, who wants more than anything sucks him to oblivion.

NETWORKS With the participation of excecutives from: 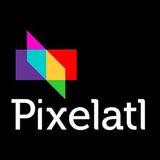