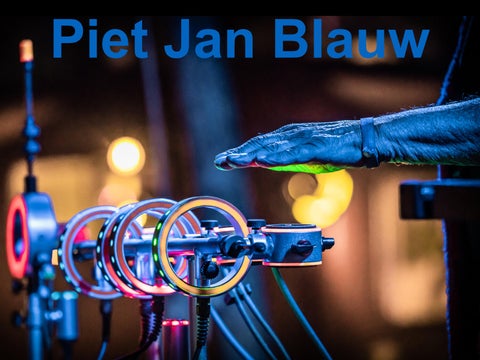 visual artist, musician, the inventor of instruments and installations.

The music is a mix of Prehispanic-Electro, Down Tempo and Trance. Blauw&#39;s instruments produce archetypal sounds. His music can never be played in exactly the same way and demands improvisation. He sculpts soundscapes as he plays with his hands in invisible beams. This results in a pantheon of sounds that are ministered by samplers, sequencers, and processors. He drives his own aural sculptures to their limits in every performance. Technology enables him to push the limits, yet he always uses it as a tool of creation.

Blauw&#39;s vision is not just the mere manipulation of technological gadgets. Their use is meant to ultimately evoke an emotional response from the audience and spur them on to discover lost domains within themselves. His objects are of sophisticated craftmanship.

Piet Jan Blauw has highly sensitive antennae which serve him. His multi-facetted work is

strongly devoted to communication in a rapidly changing society. Visual artist, musician, the inventor of instruments and installations: this amiable artist from the North Holland town of Hoorn is impossible to pigeonhole. He&#39;s always had an aversion to categories. He quickly developed a love for interactive media. Blauw explains &quot; I was looking for other means to communicate, because the language didn&#39;t seem to achieve what I wanted. Later on, I began to identify with the objects I created. I wanted to feel what I had made &quot;.

Sinds a few years he added projected visuals to the performances who are synchronised to the music and played with his installation. 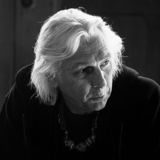