The Joy of Atheism by Annette Greenaway 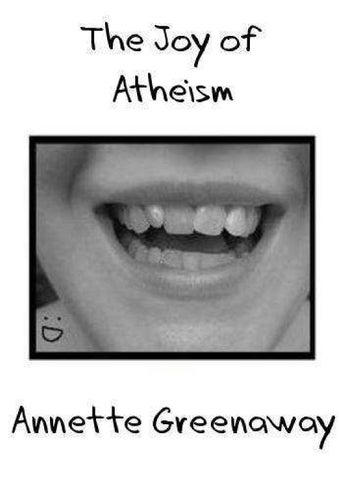 Contents Doodle Down With Television, Up With the Web Silence The Joy of Atheism The Real You In Your Arms Installation Featuring a Young Harrison Ford in Miniature Looking Good Spreading the Joy Missing Persons Horror Scope Installation Featuring the Naked Sleeping Bodies of Tony and Cherie Blair Rock Paper Scissors (A Love Triangle) You Were the One Eyes Like Dinner Plates Reincarnation Exhibition Featuring a Series of Photoshopped Versions of the Shroud of Turin Kitchen Sink Melodrama Nostalgia Nostalgia #2 Thinking Not Praying A Note to Richard Dawkins Letâ&amp;#x20AC;&amp;#x2122;s Embrace

Doodle Today I will fold myself Into a paper swan, Float myself down the river, With poems printed on my wings.

The Real You I want to split you open like an atom, Releasing the real you, Your heart, Your guts, Your brain, Your spirit, Exploding, splatting, gushing into mine.

In Your Arms In your arms There are bones Sometimes when you hold me I picture our embracing skeletons I wonder what would happen if we had no skin Or if I could climb inside your body And swim in your juices. Sometimes I rejoice in these thoughts. At other times I just want to turn my brain off.

#1 Harrison is sealed within a glass bulb similar to a snowflake shaker. The bulb contains an array of wood shavings. Harrison is unable to speak because a wooden staircase is connected from the ground to his mouth. The staircase leads directly to Harrison’s oesophagus. Harrison appears to be in great pain, and on closer inspection you’ll notice he has splinters embedded in his cheeks. But don’t worry – it’s only make-up, and Harrison is acting. #2 Miniature Harrison stands in the centre of a medium-sized dinner plate. The upper half of his body is dressed as Indiana Jones. He is naked from the waist down. He is watching a live flamingo attempt to mate with a stuffed flamingo. At irregular intervals, Harrison shouts, “It belongs in a museum!” #3 Harrison is dressed as Han Solo. He is standing in a toilet cubicle. Once again, he is in miniature but the toilet cubicle is life size. He continually attempts to climb the white ceramic tower before him but slips back to the ground each time. The man standing next to you observes that the scene is reminiscent of the struggle of Sisyphus.

Looking good Why does looking good have to mean so much? Sometimes I wish I didn’t find you So god-damned attractive. I wish I didn’t keep thinking How lucky I am to be with someone who isn’t ugly. Please stop looking at me with those trance-inducing eyes. Am I really this shallow Or is this the way things are supposed to be?

Spreading the Joy I wonder if our happiness Makes the world better in any way, Or does it just make unhappy people more miserable? Iâ&amp;#x20AC;&amp;#x2122;d like to spread the joy around But spreading the joy is difficult. Most of the time it just irritates people. They smile while their eyes ask politely: Please could you go and be cheerful somewhere else?

Missing Persons Looking in your eyes, I see you’ve been missing for some time. You didn’t leave a note, Or offer an apology. When you speak, your words are like postcards From some forgotten city. I wonder how and if I will discover you again. It’s not like hunting for missing keys. There will be no televised appeal, Or posters pinned to local lampposts. I hope you&#39;re happy. Really, I hope you&#39;re pleased with yourself. I can’t find you because I too am missing. I’ve been missing For some time.

Horror Scope Casually Yet frantically I turn to page fifty-three To discover the fate of me And eight-point-three Percent of the population. Apparently Weâ&amp;#x20AC;&amp;#x2122;re all going to be Decapitated by Frisbees On Thursday.

Installation Featuring the Naked Sleeping Bodies of Tony and Cherie Blair #1 The Blairs are standing hand in hand, their snoozing heads slumped to their chests but their backs perfectly straight. Behind them a large projector screen plays an episode of the sitcom From Death us do Part featuring Cherie’s father as an idealistic young socialist. It takes a few moments for you to notice Tony’s face has been cleverly superimposed onto the screen, replacing that of Alf Garnett. #2 The naked Tony sits in a prison cell while his wife sleeps soundly outside. She is wearing a barrister’s wig. In his left hand, Tony clutches a copy of the UN Declaration of Human Rights. In his right hand he holds a copy of the novel 1984 by George Orwell (real name Eric Blair). #3 Tony and Cherie are sleepwalking. They hold each other by the hands and spin in a circle, repeating the same old nursery rhyme over and over. Ring-a ring-a roses A pocket full of posies A-tishoo, a-tishoo, We all fall down. But instead of falling down they continue to spin, oblivious to the world around them. You don’t notice at first but with each step the Blairs are continuously avoiding the patch of landmines which are visibly embedded in the floor. The woman next to you remarks that this whole exhibition is exploitative and ultimately meaningless, yet somehow it’s impossible to look away.

Rock Paper Scissors (A Love Triangle) You are made of stone I am made of paper I wrap myself around you And you are mine. I am made of paper You are made of stone You hurl yourself into me Breaking my heart. She is a pair of scissors She opens her legs Cutting me into pieces. You stand watching, waiting your turn. She is a pair of scissors. You smash her blades apart. I didn&#39;t ask you to do that, But you did it. And it&#39;s too late. Too late for any of us now. The game is over And no one has won.

You Were the One You were the one who asked me to meet you in the frozen lake, swimming under the gleaming sheet of ice, looking up at distorted shadows and distant birds. The temperature is fine once you get used to it and if you hold your breath for long enough you can turn into a mermaid. But you aren&#39;t here like you promised and I&#39;m waiting, drifting amidst sleeping fish and rock-hard reeds and suddenly I am desperately alone and impossibly cold.

Exhibition Featuring a Series of Photoshopped Versions of the Shroud of Turin #1 In the first of one hundred and sixteen exhibits, the Shroud of Turin has been adapted to resemble the face of the late John Lennon during one of his bearded phases. Someone behind you mutters something about “the ever-present spectre of Warhol”. #2 The Shroud of Turin now resembles the face of the late Santa Claus. His beard is coloured Tip-Ex white. In faint grey etchings in the corner of the shroud you see a blurred object which the caption beneath the picture explains is a Coca Cola bottle. #3 The Photoshopped Shroud of Turin clearly resembles the face of the late Osama bin Laden. The lady ahead of you turns away in palpable revulsion. “A disgrace,” she says. “Superimposing the face of a mass-murderer onto the likeness of Christ? Could these morons sink any lower?” Unbeknown to her, the artist is standing directly behind her. The artist waits for the lady to depart before burying his face in his hands and silently weeping. “What have I done?” he whispers. “My God, my God, what have I done?”

Kitchen Sink Melodrama Somewhere in the interior of my skull I&#39;m aware I&#39;m overreacting But they were my pickled onions And that was my final Laughing Cow triangle. In the future I may grow to accept your faults And the crimes you have committed today But I will never forgive you for failing to appreciate The enormity of the situation.

Nostalgia After the apocalypse When weâ&amp;#x20AC;&amp;#x2122;re huddled together in the cold and dark, Wondering who will die next, Will we still be having those conversations About how The A-Team And Thundercats And Benjie, Zax and the Alien Prince Were works of art In an ironic way?

Nostalgia #2 My favourite bit from Doctor Who was when Peter Davidson turned into Colin Baker, even though I loved Peter Davidson and wanted him to be my dad. He was lying on his back having sacrificed his life to save his assistant, the American one, and all his previous assistants appeared in cartoon bubbles above his head saying “Don’t die, Doctor!” And Adric appeared from beyond the grave and said, “Don’t die, Doctor!” And I was lying on the carpet on my stomach saying “Don’t die Doctor!” because I loved him and wanted him to be my dad, and then the Master appeared and said, “Die Doctor! Die Doctor!” Then he turned into Colin Baker and the music started and my sister said “You’re not supposed to like Doctor Who because you’re a girl.”

Thinking, Not Praying I watch you walk across the carpet, Trapped in your own silence. You walk into the kitchen, not seeing me sitting here. I can hear you breathing through the wall. I want to tell you I can help you, But I donâ&amp;#x20AC;&amp;#x2122;t like lying. I close my eyes, Join my hands, Hoping, Thinking, Not praying.

The Joy of Atheism by Annette Greenaway

Funny, touching and packed with attitude, Annette Greenaway's second poetry collection is a mini-masterpiece. The Joy of Atheism is partly an atheist manifesto and partly a book about life, art and love. 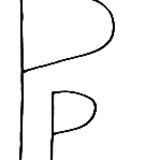