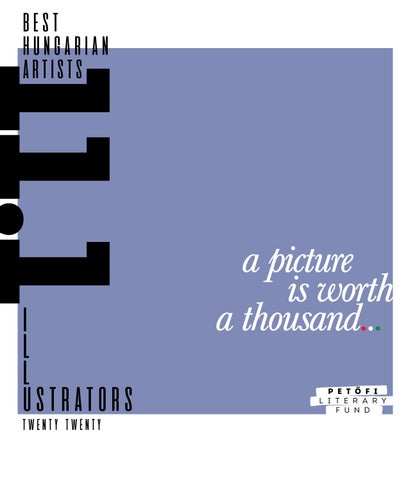 a picture is worth

I am fascinated by personalities, characters, and faces, by humorous situations in which we may well find ourselves…

bio Rozi Békés completed her studies at the Moholy-Nagy University of Art and Design in 1980, where she studied typographic art. She has since worked as a graphic designed, illustrator, and instructor. She is known for elements of set design used in films and theater productions and also for her work in animated film. She completed a Doctorate of Liberal Arts in 2006, after having spent a semester at the University of Applied Arts Vienna as an Erasmus student.

I think talent is overrated. I believe more in the open mind and spirit, in knowledge gained through experience, in being exacting and persistent. Lack of talent is just an excuse for those who don’t want to do the work.

bio Dávid Cserkuti completed his studies in graphic design at the University of Fine Arts. He is active as a freelance graphic designer and an illustrator. He has won recognition for his video clips, his work in advertisement as a graphic designer, and his graphic novels.

For me, experimentation and play are the most exciting things. How can one push the borders of the genre of the story, and how can one create a world of text and images which speaks to both children and adults? What hidden possibilities lie in the interplay between image and text in a picture book, and how can fantasy and reality, seriousness and nonsense, sober content and a grotesque manner of seeing be mixed to form a moving blend? And how can this be done, to contradict the implications of the previous question, in a manner that is entertaining?

bio András Dániel was born in 1966. He lives in Budapest. He is a self-taught fine artist, graphic designer, and writer. He is a many-sided artist who has made illustrations for an array of contexts, including title pages of magazines and a variety of other uses, and many books are tied to his name. He made an animated film series out of the book series entitled Kufli.

Anything which has no name has no form. But words take the formlessness from which they arise and give it shape and texture, making it both discernible and memorable. I love words when they are sensual, cutting, unpredictable yet comprehensible, contrarian, assertive or ambivalent, ambiguous and playful, ironic, amusing, stirring, rousing, or simply soothing.

Anna Bojti A Night in the Zoo

bio TĂ­mea Ferth was born in 1989 in Baja. She completed her studies at the Moholy-Nagy University of Art and Design in architecture, in her assessment with mixed success. She is currently a freelance entrepreneur in Budapest, doing work as a wall painter, an illustrator, a light-show artist, and sometimes a film set designer. Â

I make my illustrations for the little girl I once was, who was so in love with picture books. I make the drawings that she would have wanted to see many, many years ago, though at the time it was not permitted to make such books. We all know the old saying, you cannot put your hand in the same stream twice. When I make illustrations, however, I do indeed dip my hand into that same stream, and it is quite wondrous.

bio Alexandra Grela was born in 1974 in Poland. In 1999, she completed her studies in painting at the Academy of Fine Arts in Krakow. She has been living in Hungary since 2005, where she teaches painting to young people. In 2006, she began to do illustrations, making images for tales, poems, and museum publications. In 2012, she completed a Doctorate of Liberal Arts at the Krakow Academy of Fine Arts.

awards Main Prize at the Budapest Illustration Festival in 2019

Someone once said of illustration that it works if it adds something to the text that wasn’t there before. Something which required another genre, another personality, and another manner of thinking. I don’t think I could have summarized my thoughts on good illustrations any more eloquently.

Gábor Zoltán They Lived Happily Ever After Too – Tales for Adults

bio László Herbszt completed his studies in graphic design at the Moholy-Nagy University of Art and Design. He designs logos, labels, catalogues, and book covers, and he serves as the art director for several graphic design studios and has done illustrations for numerous books. He is an instructor at the KREA Design School and serves as the main organizer of the Budapest Illustration Festival.

Mária Bajzáth The Rabbi and the Lion – Collection of Jewish Folktales

Illustration? The longing for simplicity. The search for external and internal peace. The striving to seize the ephemeral, the dreamlike. To see beauty in humankind, in the world, in joy, in the melancholy.

bio Andrea Kürti completed her studies at the Cluj University of Art and Design as a fashion designer. She works as a freelance illustrator. Her illustrations are found in books, on clothing, in films and theater productions, and on puzzles.

awards HUBBY - Illustrator of the Year in 2019 The &quot;Beautiful Hungarian Book&quot; Award in 2016, 2017 The Most Beautiful Books of Romania Award in 2016

Stories and images are constantly running through my head, and I can hardly fish out all the ones suitable for use. Usually, when I have finished a book, I don’t really know how it happened. Something comes into being which previously did not exist. My secret is that I don’t know where the books come from.

bio Mariann Máray spent three years as a student in the Italian Department at ELTE University before changing careers aand completing her studies in visual communication at the MoholyNagy University of Art and Design in 2009. She does illustrations for children’s books and tales, and she has taken part in numerous exhibitions, both in Hungary and abroad.

For me, the creation of pictures is a way of life, and I am making pictures even when I seem not to be. Pictures are another planet for me, where I can sidestep reality. I enjoy almost every minute of it.

Eszter Szokács Joseph (a series of stories from the Bible)

Norbert Nagy was born in 1974 in Budapest. In 2003, he completed his studies at the MoholyNagy University of Art and Design in graphic design. He spent ten years working in advertising as a graphic designer and art director, and

he also works in image design. He has done the illustrations and cover designs for numerous books.

Ever since I was a child, I have loved forms of visual expression. I am thinking of illustrations, paintings, and puppet theater. I find close ties and interrelationships among these manners of expression, but illustration remains the most important for me, and it is the form in which I feel most at home and most able to speak to members of every generation.

bio Dávid Remsey completed his degree in graphic design at the Moholy-Nagy University of Art and Design. He has served ever since as the graphic designer of the Museum of Fine Arts. He has done the graphic design work for numerous exhibitions (including for the press and for publicity materials), installations, and publications. He also does illustrations for books and book covers.

awards Children’s Book Illustrator of the Year in 2015

I have a passionate love of books, as an insider and an outsider. As an outsider when I can indulge in the pleasure of reading a book and savoring the way it looks in my hands. As an insider when I myself get to add to the beauty and joy of a book by participating in its creation and illustrating a text.

KINGA ROFUSZ Angi Máté The Captain and the Orange Fish

bio Kinga Rofusz studied animation in the undergraduate and graduate programs at the MoholyNagy University of Art and Design. She has done design work for animated films, theater productions, and exhibitions, and she has made illustrations for numerous children’s books.

awards The Book of the Year - innovation category in 2019 Winner of the International Award for Illustration at the Bologna Children&#39;s Book Fair in 2014 Illustrator of the Year in 2010 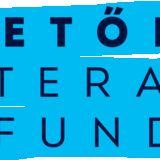