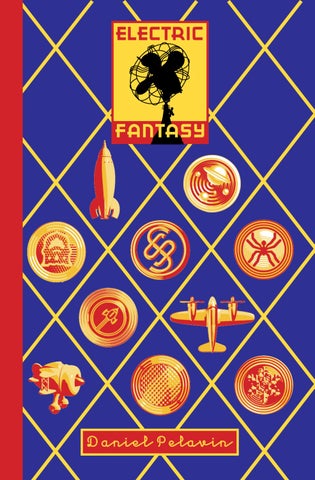 Apologies are extended to the greater community of antique fan collectors for the liberties taken in the depiction of the works presented here. I applaud their efforts to accurately restore and preserve these icons of the advent of electrically powered devices, and promise that no fans were harmed in the creation of these images.

The models and renderings in this book were created in Adobe Dimensions v 3.0 during the months of April through November 2007 in an effort to extend the boundaries of a simple, but deceptively powerful 3D rendering, modeling and animation program which Adobe supported from 1994 until its â&#x20AC;&#x153;End of Lifeâ&#x20AC;? on November 16, 2004 (July 19, 2005 in Japan). A dimensional modeling feature was added to Adobe Illustrator beginning with v 11.0, Illustrator CS, however, functionality is limited to modeling single objects rather than complete scenes, processing is slow and mapping is an awkward and complicated affair. Dimensions offered a robust set of modeling tools including extruding and revolving editable paths and bevels, but very limited tools to manipulate or modify shapes once they were formed. Lighting and shading options were meager compared to even the most modest of entrylevel programs today, however, underlying the simplistic interface was a sturdy mesh-based modeling framework that could, with great patience and modest effort, be coaxed into producing some sophisticated effects. The introduction of Apple Mac OS X v 10.5, which no longer supported the Classic environment, sounded the final death knell for Adobe Dimensions, though existing copies can still be used in imaginative ways on older systems. Electric Fantasy ÂŠ Daniel Pelavin 2010

4 In the steamy Detroit summers of the mid-1950s, I would sit with my dad on our back porch, radio tuned to the action at Briggs Stadium as Al Kaline lead the Tigers to another win. Our respite from the heat, a green electric fan, oscillating from side to side with poise and dignity. Its streamlined shape, regal shield and gentle hum made it a magical presence as it embraced us in gentle breezes. It has remained a fond memory and inspiration for the whimsical fans of my imagination.

6 A nine-spoked grill fashioned after the classic orb web and five copper blades with scalloped trailing edges distinguish the Spider from the quotidian peers of its day. Rising from an hexagonal encasement, a matching copper pivot mechanism supports a shaded pole uni/poly-phase AC induction motor. The graceful teardrop base and motor casing are accented with pearlescent taupe control knobs while an ebony replica of its namesake keeps a serene vigil over her domain ensconced majestically atop an escutcheon with gold fresnel reflector.

8 With the crackling of sparks and blades whirring through air pungent with the sweet smell of electricity, the first practical personal fans came into use in the 1890s. Perched on sturdy claw feet, the â&#x20AC;&#x153;centrifugal air pumpâ&#x20AC;? harnessed the mysterious forces of magnetism and heralded the genesis of commercial electrical power. Vernacular construction enhanced by a stylistic vocabulary germane to the era helped meld form with function into objects of cultivated beauty which endures today.

10 This alternate form factor prototype uses of a rotating cross-braced frame from which the motor is suspended. Oscillation is achieved through means of a hydraulically assisted swivel mechanism positioned at its base while the horizontal adjustment of the motor, blade, aluminum cage assembly is accomplished through adjustable tension knobs on either side of the motor mounts. A threeway pilot light provides a visual indicator of fan speed.

12 With its focus on the heavens and beyond, this fan features a unique vertically mounted motor which controls both rotation and oscillation. An articulated bevel gear transfer case directs power to the blade shaft which is adjustable through a range of 90째 from horizontal to vertical, enclosed in a dome-shaped housing reminiscent of an observatory telescope shutter mechanism. The cosmic theme is carried through to a badge bearing planets of the Solar System.

14 Exploring the subtle relationship between fans and propeller craft, the biplane is a celebration of an early icon of manâ&#x20AC;&#x2122;s quest to conquer the sky. Perched delicately on a streamlined base by twin-strut landing gear, a stylized fuselage serves as the motor housing. Protruding nobly from an exaggerated cowling are blades with the distinctive pitch and contours of an aircraft propeller. Aviation style throttle handles serve as power switch and speed control lever and the horizontal directional alignment is adjusted along the axis of the tires.

16 First flown over 75 years ago, the Douglas DC-3, certainly the greatest airliner of its time and even, some would say, of all time, marked a turning point that made commercial air transportation possible. In use by over 30 airlines at its peak in 1939 and, in even greater numbers for military transport as the C-47, some still fly today in service around the globe. A gleaming silver facsimile with twin motors, opposed blades, trophy base and translucent nose pays homage to this esteemed veteran of the skies.

18 Reality meets fantasy in this rendering of an actual tischventilator (table fan). No liberties were taken in the reproduction of what most certainly was a formidable electrical appliance in its day. Itâ&#x20AC;&#x2122;s probably fair to assume this hefty hunk of cast iron was not likely to vibrate and shimmy away from its assigned location. One can almost feel the palpable and exacting click as a turn of the precision switch set this behemoth lurching into motion.

20 The button-down days of Madison Avenue in the turbulent 60s are recalled in the smooth sophistication of this sleek performer finished in satin grey crackle-textured steel. A one-piece, die-pressed aluminum blade reinforced with triple corrugations revolves around the reflector insignia with streaming rocket. A portent of the coming Space Age, perfect complement to a post-modern interior, and up-todate household convenience facing a bright new future.

22 Flash Gordon, Commander Cody, Buck Rogers and so many of their ilk rode gleaming silver vessels through imaginary constellations for decades before the mysteries of deep space actually became ours to behold in earnest. The rocketship became a symbol of adventure, exploration and the final, yet undiscovered, frontier. A universal icon of power and triumph, reaching its zenith among the shining stars, it lent prestige to everything from automobiles to kitchen appliances as an assurance of our unfailing faith in progress. We, who came of age in these times of promise, believed in miracles and hope. We were then, and may be forever to come, the true rocket fans.

Notions of style, elegance and simple beauty seem to have fallen from the purview of product design in favor of the mundane and disposable. Inflated advertising claims have left us numb to believing in ourselves, let alone each other. It is hoped that this fanciful take on past visions might help remind us that, the commonplace, everyday objects with which we surround ourselves and never even notice are, not merely things but, a true representation of ourselves, and our passion for life. 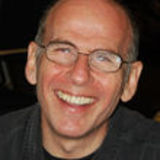