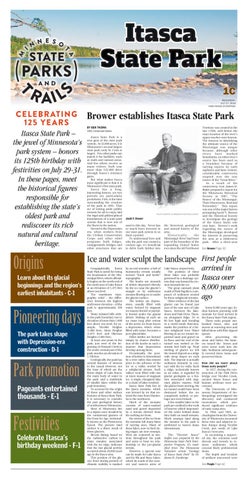 “A taste of Mexico in the heart of Walker.” Serving Traditional Mexican Food & American Favorites Too!

Full menu at www.cafezonarosa.com Two hundred members of the Veterans CCC worked on the Forest Inn. These World War I veterans were older and more experienced than regular CCC enrollees. Ole Evenson, a former logger from the Big Fork area, was the log-man for the project. The logs came from the park and were cut to shape onsite. Pine was used for the walls, but balsam fir was selected for some of the rafters.

Pick up a copy of the Park Rapids Enterprise for details on what’s happening in lake country!

The following article is reprinted from the Enterprise, dated July 3, 1941.

and carpentry work, and under able supervision, has completed some unusually beautiful buildings. The new inn, like Douglas Lodge, is operated by Martin Dunn. Supt. and Mrs. Andie Peterson have now lived in their new residence almost seven months. Both it and the new office building are located across the road, east from the old office and living quarters. During the past week, the road through the park has been tarred and is now in good shape. Some work is being done at the campgrounds, which are used to the fullest extent. They are in good shape now. Work on an addition to the picnic grounds to the east of the present site, along the lakeshore, is now being done. Most of the fill is complete and it will be seeded and tables and fireplaces installed. In the center of the new grounds, it is planned to later build a log building which at either end will have restrooms, and in the center portion a concession will be operated.

Forest Inn has served a number of functions. Originally, the center portion was a snack bar. The trading post section has always been used as a gift shop and the large room with the stone fireplace is used for meetings and naturalist programs.

800-367-7976 Proud to have served the Itasca area for 43 years! Complete installation available. Located 4.5 miles north of Walker on Hwy 371 www.wilkeningfireplace.biz

Forest Inn, the new native stone and log building which has just been opened near Douglas Lodge at Itasca State Park, is regarded by federal and state park officials as one of the finest examples of architecture in any park in the nation, according to the Bagley Independent. While it already has attracted many visitors, possibly the largest crowd of the summer saw it last Sunday at the open air Mass. The first of the three new buildings to be completed was the fine, new home into which Park Superintendent and Mrs. Andie Peterson moved last Dec. 1, and in final stages of construction now is the new office located near the superintendent’s home. With Itasca State Park becoming more popular each year, despite discontinuance of the park pageants, a building program has been laid out which will extend over the next five years, the Independent says. These three buildings, and a couple of public restrooms, are the main items in the program, but it is likely that one more will be started, perhaps next summer. Forest Inn replaced the old trading post near Douglas Lodge, which has now been torn down and the site is being landscaped. Douglas Lodge, incidentally, is located in Clearwater County and Forest Inn just across the line in Hubbard County. The huge building was about two-anda-half years in the making with all labor done by the approximately 200 members of the Veterans Civilian Conservation Corps camp located in the park. This group of men has become expert at stone masonry 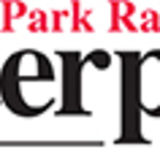 Itasca State Park – the jewel of Minnesota’s park system – honors its 125th birthday with festivities on July 29-31. In these pages, meet t...

Itasca State Park – the jewel of Minnesota’s park system – honors its 125th birthday with festivities on July 29-31. In these pages, meet t...