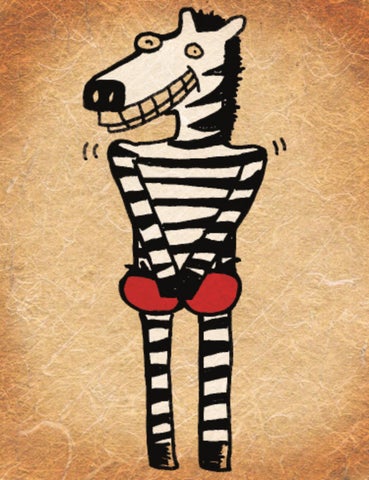 CATIE Ordering Centre Catalogue Number: ATI-26124 Reprinting of this publication for national distribution has been made possible by CATIE through a financial contribution from the Public Health Agency of Canada.

AUTO-FELLATIO The practice of sucking your own dick. If you weren’t into yoga before, you might be if you knew you could get to third base with yourself. And the good news: you won’t get offended when you fall asleep after.

BISEXUAL Someone who is attracted to both men and women. It must be nice to have so much selection. The world is your oyster - go out and crack open a few! Just remember, regardless of gender, strap on a condom with water-based lubricant before diving in.

ERECTION Blood rushes south of the equator, and voilà! You’ve got a boner. If you have trouble achieving this rock-hard state maybe you should stop thinking so much about your mom during foreplay. Whatever happened to that hot gym teacher from high school? See! It moved, didn’t it!

FELCHING The act of sucking semen from your partner’s butt. As if semen didn’t taste good enough already! Nothing says lovin’ like semen fresh from the oven. If you’re going to chow down on some assmarinated semen, just know that you and your partner are at high risk for HIV and STI’s.

GLORY HOLE A hole in a wall intended to have anonymous sex through (often in washrooms, bars, or adult video stores). Glory Hole Hallelujah! Whether you know who youâ&amp;#x20AC;&amp;#x2122;re fucking or not, use a condom with lube. Duh.

HALF AND HALF When someone sucks your dick, and then your ass. It’s nice to split the attention 50/50/ That way your butt won’t get some sort of inferiority complex. If you like eating butt, you might like to consider getting a hepatitis A &amp; B vaccination from your local clinic, as you’re kinda at high risk.

KINK Non-tradition sex. Whatâ&amp;#x20AC;&amp;#x2122;s non-traditional to one might not be to another. For some, being restrained with a ball gag, while being tickled be their hooded master is an everyday occurrence. What do you consider kinky?

NOONER Sex over the lunch hour. Often complicated by busy food courts, cafeteria lunch ladies, and the fact that the sun is directly overhead. But isnâ&amp;#x20AC;&amp;#x2122;t the thought of getting caught behind the salad bar half the fun?

ORGASM As in the whole point. Getting off. Blowing your load. Creaming your pants. Essentially itâ&amp;#x20AC;&amp;#x2122;s the peak of sexual excitement, usually accompanied by involuntary muscle contractions usually only seen in demonic possession.

PEARL NECKLACE And not the kind your mom wore to church... hopefully. Literally, a pearl necklace is “given” to one’s partner when ejaculate is laced around their neck. And if semen’s ending up around your neck, you’re at lower risk for HIV and STI’s. Diamonds may be forever, but pearls wash off in the shower.

TEA BAG To dunk one’s testicles into another’s mouth. Don’t get confused and dunk your nuts into a cup of boiling water. That’s no fun at all. Another not fun thing: oral after dental work. Not only does it up the chances of transmitting or contracting HIV, it could also scuff up your new pearly whites.

UROPHILIA Urophiles are people with urine fetishes. they can’t get enough of the number one, piss, pee-pee, tail water, wizz. Foreplay for urophiles often involves combining salty foods and big gulps. For safety’s sake, stick to being pissed on, not pissed in, it’s way safer.

VAGITARIAN Commonly known as lesbians. Although many straight men are vagitarians too. And come to think of it, bi men also have been know to pull up the vaginal buffet for the occasional meal. Mmmm... pussy.

YELLOW &amp; BROWN SHOWERS Yes, pissing and crapping on your partner. If youâ&amp;#x20AC;&amp;#x2122;re going to experiment with bodily fluids, best you move things off your new white rug, and invest in some rubber sheets. Sexy.

ZAGNUTT To have one’s testicles sucked by two people at the same time. You are one lucky duck to have so many people vying for the attention of you ‘nads. Just remember, it’s important to play safe - especially in groups. Cover your cock. 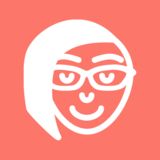