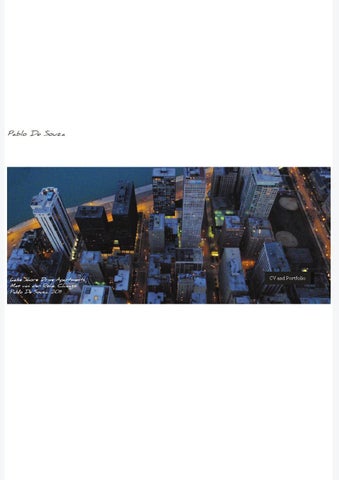 Architect, Graduated in Fine Arts and Master in Analysis, Theory and History of Architecture. I am currently preparing my PhD thesis while collaborating in teaching at the Polytechnic University of Madrid and the Department of Architecture of the University of Thessaly in Volos, Greece. My vocation as a teacher, artist and researcher is complemented by the direction of my architecture, design and restoration office /www.estudionatura.es/ specialized in wood custom houses, which seeks to provide attractive, healthy and natural spaces. I have been involved in the urban design of the enoturistic city of Tacoronte (Tenerife), the New Supercity for Ecotourism “Saemangeum” in South Korea and the conceptual plans for the expansion of Madrid-Mediterranean axes exposed in the Architecture Biennale of Rotterdam. Currently I am participating in the creation of the social illustrated children´s book publisher Le Petit /www.lepetit.es/ that seeks to open new professional ways for handicapped people. I believe that architectural design, interior design, planning and urban design affects directly the welfare of people. The pursuit of a sustainable design in harmony with the history and the environment, the relationship of architecture with its surroundings, the quality of public spaces and architectural aesthetics, helps to create an open, socially, culturally, and economically, citizenship.

ORIGAMI TESSELLATIONS IN A CONTINUUM. Integrating design and fabrication in architectural education.

PUBLICATION in the Book TRANSACTIONS ON ARCHITECTURAL EDUCATION Nº59. pp 165-175. Germany. ISBN 978-2-93030158-7 . PRESENTED at the INTERNATIONAL CONFERENCE: SCALELESS – SEAMLESS. Performing a less fragmented architectural education and practice. Organized by the European Network of Heads of Schools of Architecture ENHSA, The European Association for Architectural Education EAAE, and the Münster School of Architecture. Germany.

The traditional disciplines of artistic expression are reinvented every day, transformed under the influence of technological advances that offer us greater accessibility to fields that where far away socially and physically until now. In the current contemporary context of creation and thanks to the influence of the new artistic languages, the architectural project may be ephemeral, ethereal and audiovisual, a temporary urban installation, and no longer exclusively eternal heavy and immobile. Today artistic genres represent a diversified cross disciplinar cultural pruduction that offers new opportunities for action and reflection, research and creation. The case study in focus, the Folding Architecture course taught by the authors at the Department of Architecture, University of Thessaly during the spring semester of academic year 2011-12, demonstrates combinatorial methodologies that employ both computational tools and material processes outlining interdependencies between the two, partakes in this new phase of hybridization and crossbreeding inherent to contemporary creative trends, in which the act of creation has shifted from the individual to a multidisciplinary community of creators, where collective work is a priority. The paper highlights didactic tools and methods that interweave research in Origami, folded plate and deployable structures, single surface architecture and advanced architectural geometry. It demonstrates the educational value of generative processes with digital and physical media, testing the ‘seamlessly and in a continuum’ concept along the integration between analogue form generation, computation, simulation and fabrication. Furthermore the paper substantiates the design methodology with a selection of design proposals and fabricated prototypes. Cite: Vyzoviti, S., De Souza, P. (2012), Origami tessellations in a continuum. Integrating design and fabrication in architectural education. pp 165-175. Transactions on Architectural Education nº59. ENHSA – EAAE. SCALE LESS - SEAM LESS. Münster, Germany. ISBN 978-2-93030158-7 http://www.enhsa.net/Publications/AR2012.pdf

EXPLORING THE PERFORMATIVITY OF ORIGAMI TESSELLATIONS.

Poster presented with Sophia Vyzoviti at the International Congress Advances in Architectural Geometry. Represents an open research that establish a clasification of yoshimura patterns (known also as diamond pattern) and its combinatorial relations with Miura, Pleats and Fishbone folding patterns.

SELECTION for the national itinerant exhibition of FINAL CARRER PROJECTS in Spain:

The masterplanning of the Saemangeum estuary on the Yellow Sea coast of South Korea is one of the largest and most ambitious projects anywhere in the world. A 33 km sea wall, completed in 2006, that seeks to enclose 28,300 ha of land and 11,800 ha of freshwater lake, a massive new land reclamation to accommodate industry, tourism and agriculture as well as a new harbour. Our proposal emerges from the analysis of the movements of water landscapes formed in that nature and envisages to find a 'comprehensive urban development concept' for the massive site. A city that combines a self-consciously artificial landscape with a logic and natural growth of land reclamation.

The City is set in five areas with an environment, an atmosphere, a sprite that makes them unique while being part of an unitary whole. This unit configures its shape by a fluid grid of transport infrastructures -defined on the basis of existing infrastructures and the necessary works to demarcate the area reclaimed from the sea- that generate geometries of almonds superimposed on the irregular grids of multiple urbanistic variables.

It is the overlapping frames and grids, hybridization of uses, fluency and formal program which makes our proposal leading to an alive city, fluctuating, uncertain and yet able to adapt to future changes. Is in this uncertainty where there is place for the Entertainment Programs inserted in each area of Saemangeum. We intend to avoid the strict zoning that kill cities, and so will generate spaces that will bring density and dispersion, topographies of natural spaces, canals, bridges ... and other artificial platforms, walkways, connections between towers at different heights, sports hybridization spaces with green spaces in parallel planes, integrated with scrubbers-gatherers of water, energy converters and integrated organic farming.

PUBLICATION in the Book TRANSIT LIMITS 1996-2006 of images of the Project DESERTS.

This small desert provides an environment for quiet activities. Where every visitor can experience different sensations when lying on the ground that will evoke warm countries where the desert is part of the everyday landscape.

This artificial landscape is achieved by creating an adaptable floor consists of a large cushion of different materials, with an opaque fabric skin that will allow visitors to the possible recognition of materials through the sensations they cause by touch or smell.

MENTION AWARD in Planning, Architecture and Public Works for the Region of Madrid (CAM): for the videos METAMADRID published in catalog. ISBN 84-7812-681-1. PUBLICATION in the Book TRANSIT LIMITS 1996-2006 of images of the video SYSTEMS 2.

The videos SYSTEMS are part of the audiovisual documents METAMADRID shown at the 2nd “International Architecture Biennale Rotterdam” by the European University of Madrid under the supervision of Professor José Luis Esteban Penelas. Metamadrid exposes a wide range of proposals, ideas and new visions for urban growth of the areas affected by the new high speed rail lines that connects Madrid and the Mediterranean coast. Encompassing a variety of overlapping and interconnected information layers in a human, urban and territorial scale with concepts as overlapping processes, critical theory “Superlugares” -Superareas-, micro-scalar system planning in its connection with the concept of “Megaurban Cellular Apoptosis” as an urban development system, the postindustrial hypercities, the hyper fragmentation, mobility, instantaneity, super speed, anonymity and disappearance, a fluctuating discourses concerning supercities, their architectures and their positioning in today's globalized world. Authors of the Videos System Vol 1 and 2: Gonzalo Gutierrez, Raul Carpenter and Pablo De Souza. Commissioner: Professor J. L. Esteban Penelas Layout and final edition: Absolut Media and Void7.