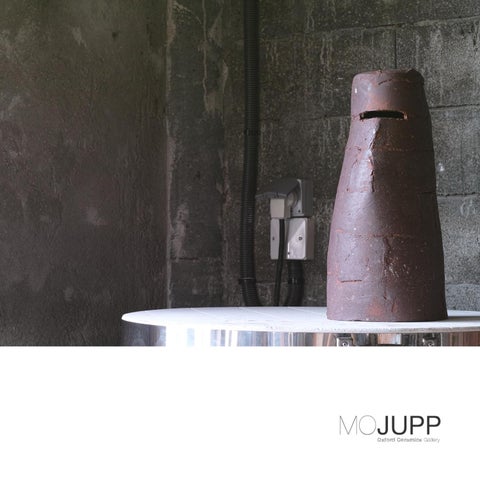 Figuration is a hit and miss affair in modern British ceramics. The human form is often academicised or caricatured into essential stasis by contemporary artists. But for Mo Jupp it has been much more than a subject, for he has always been beguiled by femaleness, the body as a place for celebration, affection and enchantment (in the proper sense of the word). A landscape to be gauged and re-gauged. Other art may come to mind when we view Mo&#39;s work; Ancient Egyptian and Romanesque sculpture, sub-Saharan tribal carving, and a good deal else. Yet in viewing his figures afresh, it is the combination o of the ideal and the ordinary, the prosaic, that is so attractive. This is the realm of artists like Degas, where the female nude is a complex of attitudes; taut or limp, standing or resting, tired or alert, the positions relaxed, observing, often provocative. Jupp homes in on posture; the torso turned or twisting, legs crossed, open or squeezed up against the chest. The pear - another favourite Jupp motif - is treated with the same quirkiness, a fruit with its own gait and personality. Like Degas, this is a sculpture of demeanour, each a study of articulated form in which exaggeration and fragmentation g an extended sinewy limb or an attenuated torso - conveys a greater truth about how one actually feels. It is also how we can see and think of one another, the distortion of appearance and memory. Yet highly individualised though each of these figures are, there is still is still a sense of archetype, a drawing on tradition, which gives each work its characteristically totemic presence, however small the piece. This totemism was taken to its physical limits in a memorable display of figurative vertical rods that delineated the space of a Sussex garden (Peter&#39;s Barn Gallery) back in 1997. The work keeps its freshness f and energy because of Jupp&#39;s sheer engagement with the clay. It is a material he knows so well, where each join and joint, each tuck and squeeze, is accentuated by free washes and coverings of slip, often rubbed back to reveal the colour beneath. He explores this substance at its most malleable and sensual, a potent equivalent of the human surface. And this quality is extended into his delightful bases too (sometimes improvised with suitably coarse air bricks), which give these figures their own territory, and are just as expressive. There is a rawness, a nimble speed of making, which adds to the spirit and verve of these objects. This exhibition shows a significant return to another Jupp archetype, the helmet theme which first established his international reputation in the early 1970s, but which has lost none of its dark menace. Originally of generally more rounded dome-like form, these new helmets are flatter-topped, like the economy of early medieval armour, with some built up into taller cylinders. With their sinister and anonymous facial slits they have echoes of gun emplacements or coastal defense towers, even of Ned Kelly&#39;s infamous head-gear. The world of forty years ago was one of Cold War and nuclear threat. As I write now, no in 2013, these objects seem no less prescient. Mo Jupp&#39;s gaze is one both of affirmation and pathos, and as these helmets show, something more ominous too. David Whiting February 2013

An exhibition of a new body of works by Mo Jupp at the Oxford Ceramics Gallery, March 2013. 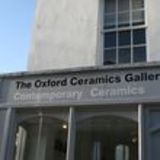