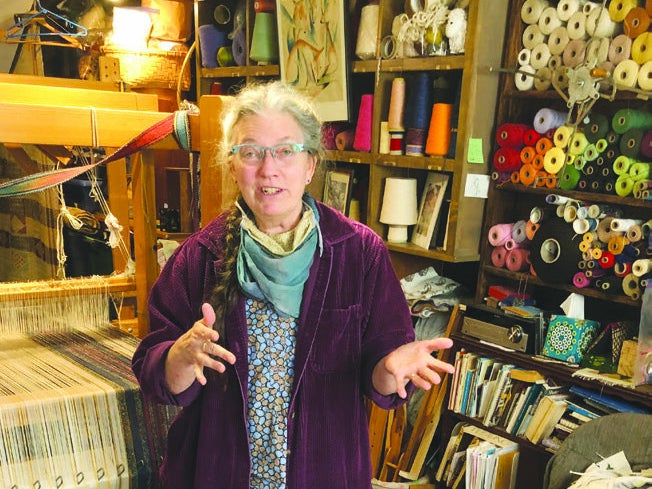 All state and national history is written with the hand of local history. All culture is embedded in the literature, artifacts, sites, and geography of the local landscape. The heritage passed down through generations is the heritage that is preserved and made accessible to interested citizens.

In 2014 Ruth Reichmann’s determination to safeguard Brown County’s treasures led to the formation of Peaceful Valley Heritage and Preservation. By-laws were approved April 15, 2015. The Mission Statement is all encompassing and summarizes a deep focus on Brown County treasures: to foster, preserve, and promote the rich history of Brown County; to encourage interest and education in local history; to identify significant historical sites and artifacts; to recognize the impact of heritage crafts, art, literature, and music stirred by the indigenous creativity of the natural surroundings; and to protect and share these irreplaceable attributes with all interested people.

The group meets at 6:30 p.m. on the second Tuesday of each month in the lower level of the Brown County Community Foundation, currently with all COVID health and safety measures observed. Recent monthly meetings were made available for Zoom participation as well as inperson attendance. Board members are Jim Schultz, president; David Martin, vice president; Greg Wright, treasurer; Lorna ReichmanN, secretary; and Vivian Wolf, Dorothy Babcock, Susie Arnold, and Tim Alward.

The restoration of the old log jail received the group’s early attention. The jail is the only Indiana jail of hewn-logs standing in its original location. It was constructed in 1879 and replaced the first jail that was built in 1837 by James Taggart and William Snyder.

Stabilizing the old jail led to securing cabin restoration specialist, Bird Snider. As the work began, Jim Schultz recounts how the charred logs of the original jail, which had been destroyed by fire, were uncovered and were used within the construction of the second jail. Old shoes, and shards of glass found at the site were given to the Brown County Historical Society’s collections.

Board member and chair of the cemetery committee, Vivian Wolff, says there are 108 cemeteries in Brown County. Sprunica Church and cemetery were chosen as an early project. The 150 plus year old church and cemetery are a relic of a once thriving community that once had a one room schoolhouse, a store, and a Redman’s lodge. Sixteen of the gravesites in the churchyard are from one family. Due to the diligence of the cemetery committee, a Department of Natural Resources sign was installed in July 2019.

The Peaceful Valley Heritage and Preservation turned to other cemeteries in the county to preserve. They learned that according to state ordinance, township trustees are legally responsible for the perpetual care of the graveyards if not on private property. Vivian Wolff has put her wordsmithing talent and energy to writing grants, thus securing funds to restore headstones. A small stone requires $350 for Stonehugger, Inc. to do this precise and specialized work. Volunteers devoted to cemetery restoration meet on the first Saturday of the month.

In this season between All Souls’ and Thanksgiving, a weekend ride in Brown County’s back roads can provide unexpected stops at Brown County cemeteries. Dates on stones give testament to war veterans, those who perished in the flu epidemic of 1918, young lives that were claimed by childhood illnesses, and young women who did not survive childbirth. The careful preservation of graveyards give us an opportunity and place of quiet assurance that others have faced similar health calamities to this generation’s corona virus epidemic.

Headstones carved by Henry Cross can also be located and photographed. Stone carver and farmer, Henry Cross, born on August 1, 1821. He moved to Brown County and married Mary Clark on October 12, 1845. Along with neighbors, he built a fine home just south of present day’s Pike’s Peak. It’s believed the house was located south of Melott Cemetery where many of his tombstones can be found. For twenty years, he farmed and made his tombstone carvings. Behind his house and beyond a creek, he cut pieces of finely granulated sandstone and would sled them back to his basement workshop to carve. They were each unique in detail and artistry.

The Melott Cemetery had his family plots, and Cross’s twin sons who died in infancy have elaborate stones carved by their father. Cross’s life ended tragically on February 26, 1864 in an accident while he was felling trees with some neighbors, and his grave is next to his little sons. Cross is noted to locals for the carvings of three Stonehead road markers. Thanks to the Peaceful Valley Heritage and Preservation, Inc. the creations of Henry Cross will be watched over for years to come.

Willow Sullivan created the website <peacefulvalleyheritage.com> for the group and her artistic stamp is also on the active Facebook page. During these “stay at home” moments, they provide virtual descriptions of other enriching projects, such as making historical markers throughout a community. Contact information is available on the website and Facebook page for all those who are interested in preservation efforts, large and small.