W E LCO M E H O M E Home took on new meaning in the past year. It became our safe haven, our workplace, and our connection to the world at large. At Opera Philadelphia, we temporarily closed the opera house, but we never stopped creating art for you. You welcomed us into your homes, with films and performances made for the Opera Philadelphia Channel. Now, as we emerge into a changed world, we present to you a 2021–2022 season unlike any we’ve done in the past, but true to the timeless nature of opera while exploring the future of the art form. It is a season of returns to our opera house, alongside exciting new programs to be discovered in your house. However you choose to join us, we can’t wait to welcome you.

See page 11 for additional performances on the Channel including all new digital commissions and the continuation of Season 1 favorites.

Opera Philadelphia, in consultation with all venues and taking into consideration the recommendations of public health officials, will create a welcoming live performance environment with enhanced safety protocols. Visit page 19 for more details.

The Opera Philadelphia Channel has been made possible by the Disosway Foundation, Inc. and by Wyncote Foundation at the recommendation of Frederick R. Haas and Rafael Gomez. The Digital Commissions Series is underwritten by Mr. Allen D. Black and Mr. R. Randolph Apgar. The Academy of Music and Verizon Hall are part of the Kimmel Center for the Performing Arts.

Two of opera’s most thrilling tenors come together for a friendly sing-off at this pre-season, outdoor concert. Three years after video of their electrifying duet of “Ah! Vieni nel tuo sangue” from Rossini’s Otello went viral, Lawrence Brownlee and Michael Spyres are reuniting for a live performance of their critically acclaimed album, Amici e Rivali. Arias and duets from some of Rossini’s most

beloved operas and rarely heard works, such as The Barber of Seville, Ricciardo e Zoraide, and yes, Otello, come alive under the baton of Jack

the Opera Philadelphia Orchestra and Chorus. Reviewing the album, Opera News raved that “Spyres is riveting” and “Brownlee is awesome in his dazzling technical ease and sheer grace.” An electrifying display of vocal fireworks awaits you from these two “dueling tenors.”

Maestro Corrado Rovaris’ engagement as the Jack Mulroney Music Director has been made possible by Mrs. John P. Mulroney. The Opera Philadelphia Orchestra is underwritten by Alice and Walter Strine, Esqs. The performances of Lawrence Brownlee and Michael Spyres have been underwritten by Judy and Peter Leone.

The performance of Oedipus Rex is preceded by Lilacs, a setting of Walt Whitman’s poem, “When Lilacs Last in the Dooryard Bloom’d,” an elegy

to President Abraham Lincoln. Composed by

George Walker, a graduate of the Curtis Institute of Music and the first African American to win the Pulitzer Prize for Music (for Lilacs), the piece features rising soprano Tiffany Townsend as

the soloist. Leadership support has been provided by Judy and Peter Leone. Maestro Corrado Rovaris’ engagement as the Jack Mulroney Music Director has been made possible by Mrs. John P. Mulroney. The Opera Philadelphia Orchestra is underwritten by Alice and Walter Strine, Esqs..

OPERA RETURNS TO THE ACADEMY

Opera Philadelphia returns to its longtime home for grand opera with Verdi’s unforgettable tragedy Rigoletto, one of the most popular works in the operatic canon. Featuring such well-known arias as Rigoletto’s passionate denouncement “Cortigiani, vil razza dannata,” Gilda’s dreamy “Caro nome,” and the Duke of Mantua’s instantly recognizable “La donna è mobile,” Rigoletto is a tale of fate, revenge, and the abuse of power.

In a timely production from New Zealand Opera, director Lindy Hume offers no mercy for powerful men who hurt women. Set at a “presidential palace” on election night, Hume confronts the newsmakers of today with a production that refuses to romanticize or ignore the Duke’s brutal treatment of women. The cast features baritone Anthony Clark Evans, lauded for his “stentorian Verdi style” by the Chicago Tribune, as the cursed court jester. Tenor Joshua

Leadership support has been provided by Judy and Peter Leone.

Maestro Corrado Rovaris’ engagement as the Jack Mulroney Music Director has been made possible by Mrs. John P. Mulroney.

The Opera Philadelphia Orchestra is underwritten by Alice and Walter Strine, Esqs.

Cycles of My Being, Save the Boys, The Island

We Made, We Need to Talk, and more.

W H AT ’ S E X PA N D I N G The Reflection &amp; Re-Vision Series will continue to look deeper into the opera genre by exploring its musical and theatrical elements as well as cultural, social,

A concert film of The Drama of Tosca, an

discussions, and artist reflections from leading

“With its own streaming service and a string of premieres, this company is setting the pace for virtual performances.” —The New York Times “Opera Philadelphia pivoted skillfully to the digital space, launching a streaming platform last fall that feels like a continuation of its own forward-thinking mission.” —Bachtrack “Opera Philadelphia has been using its new digital channel to try and expand the canon of contemporary opera.” —NPR

L A VOIX HUMAINE Star soprano Patricia Racette takes her acclaimed interpretation of Elle from the stage to the screen in this new film of one of opera’s most powerful monodramas. Described by Poulenc as “a musical confession,” La voix humaine tells the story of one woman as she grapples with grief, denial, and anger in the face of unrequited love, all shared through a one-sided telephone call. Racette’s previous stage performances in

the role have been praised as “deeply poignant” (Chicago Tribune) and a “sophisticated characterization” (Philadelphia Inquirer on her Festival O18 performance). Directed by the visionary James Darrah (director, Breaking the Waves; creative producer &amp; co-screenwriter, Soldier Songs) and filmed at the

can now reach a new audience when a concert film of the New York performances comes to the Opera Philadelphia Channel, plus a behindthe-scenes documentary on the making of this innovative work. During the live performances, Costanzo’s glorious interpretations of Handel and Glass art songs were accompanied by live painting, live dance, exclusive music videos, and opulent costume changes from luminaries across these varied disciplines. Costanzo invites you to witness “the agony and ecstasy” that led to this

E L C I MA R RÓ N In a new film made exclusively for the Opera Philadelphia Channel, Hans Werner Henze’s political drama recounts the true story of Esteban Montejo. A Cuban born into slavery in 1860, Montejo escaped bondage on a sugar plantation, survived in the jungle, fought for Cuban independence from Spain, and lived to tell about it all before dying at the age of 113.

Bass-baritone Sir Willard White as Montejo is joined by a guitarist, flautist, and percussionist— all of whom are called upon to play percussion

throughout—bringing the epic story of the runaway slave to life with a visceral intimacy.

With a creative team comprised of video

In-Person Sales are not available at the time of printing.

Seating priority is based on current donor level, number of years as a donor, number of years as a subscriber, package type, and date order is received. Casting, program, schedule, and pricing subject to change without notice. Deposited checks or charges do not guarantee seating availability.

JOIN US! Opera Philadelphia members help make the entire season possible and enjoy behind-the-scenes lectures and events, ticket discounts, and private sales. Become a member by making a gift to Opera Philadelphia. Your support will help ensure that we can look forward to season after season of groundbreaking opera. operaphila.org/support

S A F E T Y I N FO R M AT I O N Opera Philadelphia, in consultation with all venues and taking into consideration the recommendations of public health officials, will continually evaluate appropriate safety protocols throughout the season, adapting as necessary to create a welcoming and safe live performance environment. Measures may include any or all of the following: mandatory masks, social distancing, a pre-event health survey, enhanced cleaning procedures, as well as other requirements to be determined. Please visit operaphila.org/safety for the most up-to-date requirements. 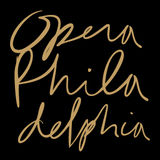