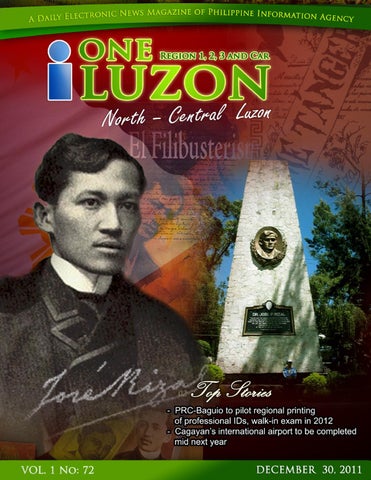 Rizal&#39;s Last Wishes Unlike most Filipino heroes, old or modern, Jose Rizal was prepared for his death. Before he was shot in Bagumbayan on December 30, 1896, he prepared his Last Will and Testament. Rizal also left specific details about how his body should be treated. One, he wanted to be buried in the ground. After his execution, Rizal&#39;s body without a coffin was indeed buried underground at what is now Paco Park although his initials was reversed (RPJ instead of JPR for Jose Protacio Rizal) so that the Spaniards wouldn&#39;t desecrate it. His bones were later buried in Binondo where the Rizal&#39;s house used to be and then later at the foot of his monument in Luneta. Second, Rizal wanted to be buried at the Paang Bundok which is now known as the Manila North Cemetery. Obviously, this was not followed. Third, our national hero only wanted his name and his dates of birth and death written on his tombstone. Again this was not followed as we all know that most towns have a statue of Rizal and some are more elaborate than others. And of course, they have epitaphs longer than what Rizal wanted. Fourth, he just wanted a fence to surround his body. We not only gave him that. We also provided him with two guards who must be still and stand erect for hours under the cruel Luneta sun. And fifth, Rizal wanted no death anniversaries.

Not only do we record his death anniversary but we also make it a nonworking holiday, which is convenient for those going home in the provinces for New Year. More importantly, we really make December 30 an honorific ceremony with the President of the country leading the nationwide wreath-laying. Why can&#39;t we give in to Rizal&#39;s last wishes especially the last? Because his legacy far outweigh even him. Ask any Filipino what Rizal means to her or him and you get 100 million different answers. He is a superstar to most. A writer to a country that seemed to have forgotten how to read. He likes to have his photos taken like so many of the Filipino Facebook users now. Being a doctor, he cared for the sick in the impoverished barrios in the time when public health care is still not a concept. To some, he was the first OFW. To the others, the first Filipino cosmopolitan. He was an artist. He was a nationalist back when there was no Filipino nation. He was an inspiration. He was a playboy. He was a romantic. He was an anarchist to some. He was a loving son. So why are we celebrating his death when he himself forbade that. Because the death of his memory is the death of our collective memory of Frank Cimatu, PDI - North Luzon Bureau a nation. Frank Cimatu, Philippine Daily Inquirer

Region 1 Governor, Vice-Governor and Provincial Board were guests during the Media in Action at the Pangasinan Training &amp; Development Center

Signing of the Memorandum of Agreement on Social Welfare and Development Learning Network in region 2 with media, academe, private sectors, and government agencies at Kainang Pilipino, Tuguegarao City

e-NewsMagazine about Northern and Central Luzon