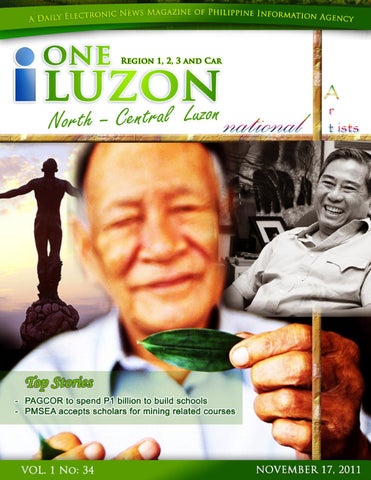 Organic Farming: Towards Food Sufficiency and Healthy Environment President Benigno S. Aquino III's attendance to the 8th National Organic Agriculture Conference (NOAC) in Tarlac City establishes that agriculture remains the country's primary source of livelihood. And if given enough attention, agriculture will bring us to economic proportions leveling that of the most developed countries in the world. Take it from the man himself, whose family's primary income came from tilling the sugar fields of Hacienda Luisita for many decades. But the Aquino administration is clear in pointing out that with the hazards posed by global warming: organic farming is the way to go! To the government, organic agriculture is the way of the future not only to address hunger but also to sustain health, the environment and develop the country's niche in the growing world market for organic agriindustries. Saying it is a solution to alleviate poverty, mitigate hunger and address the growing food requirements of a ballooning population, President Aquino on Tuesday committed the support of his administration to the pursuit of organic agriculture, as he addressed organic farmers from Luzon, Visayas and Mindanao during the NOAC summit. He said that the implementation of Republic Act No. 10068 or the Organic Agriculture Act of 2010 forms part of the Philippine Development Plan of 2011-2016 as a way â&#x20AC;&#x153;to save Juan Dela Cruz from the pangs of hunger.â&#x20AC;? Instructing Agriculture Secretary Proceso Alcala to allot two percent from the DA's annual budget for organic agriculture development, the President promised delegates that the government would use its resources to facilitate the shift to organic agriculture. The President sees the high potential of organically grown commodities in the world market which would cost $40 billion-$70 billion in 2012 and encouraged local governments to support ventures in this direction so the country could get a share in the market and develop chemical free food commodities. Secretary Alcala agrees that organic farming is the future of Philippine agriculture but admits that while organically grown food commodities are making a sweep in the more developed countries, these are yet to catch on Filipinos. Cost is one factor, he said, as organically grown food items are more expensive due to higher production cost compared to those grown with chemical fertilizers. He said the only way to lower production cost is for farmers to learn to process their own organic fertilizers and for them to shift to organic farming, and if there are more organic vegetables in the market, he said prices will go down. The secretary was confident the country can soon do more organic farming as capabilities and resources are enhanced and the right balance of supply and demand is met. Allen M. Villa, PIA-3 Lito Dar, PIA-CAR

POPCOM information officers and selected media practitioners joined the Material Development Training to promote Responsible Parenting and Family Planning (RP-FP) in the hard-to-reach areas in the Philippines at the UP Los Ba単os, Laguna on November 7-9, 2011