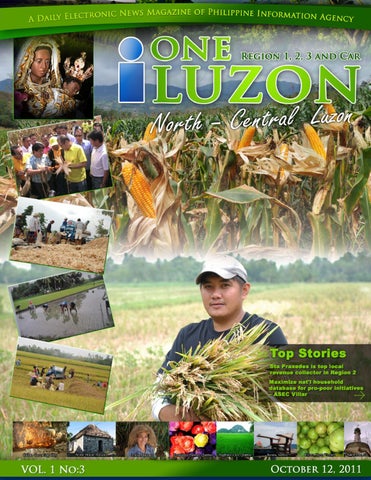 The Bureau of Fisheries and Aquatic Resources (BFAR) in region 2 formally opened to the public its Fishery th Museum cum Fishery Information Technology (FIT) as a kick-off to the 48 Fish Conservation Month this October. BFAR Regional Director Jovita Ayson said it is probably the only fishery museum in the Philippines outside of Davao. “The one in Davao is simpler with very few fishery items on display,” she said. Ayson admitted that the museum as a project idea has long been in the drawing board of the agency as early as five years ago when the BFAR officials broached the idea on its establishment and started collecting rare seashells, corrals and other fishery items for a museum display. Some fishermen along the coastal areas of Cagayan likewise started to donate old fishing gears and other paraphernalia which were then displayed within the confines of the activity room of the agency. Ayson said she was encouraged to pursue the project when in 2007, the agency was able to salvage the skeletal remains of a humpback whale whose bones were painstakingly reconstructed. The said bone is now the centerpiece of the museum housed at a new building within the compound of the agency along the Regional Government Center at barangay Carig, this city. “So much has yet to be desired in terms of display items,” OIC Assistant Regional Director Milagros Morales said. She added that with its 890 kilometer shoreline peoples by more than 13,000 registered commercial fisherfolk, it is a must that the region should have its own fishery museum. The museum, inaugurated last Oct. 9 by Board Member Olivia Pascual of the 1st Congressional District of Cagayan amidst a cooperating weather offers an array of endangered and threatened species of seashells and corrals artistically displayed over an elevated platform filled with course while sands to capture the panorama of the region&#39;s coastal areas. FishCon Week. Director Jovita Ayson, together with PIA Director Purita S. Licas, NNC Regional Coordinator Julie Maestre view the different fish species displayed at the newly established BFAR Museum.

Director Ayson said the museum will likewise double as a Fishery Information Technology (FIT) center where students and the general public will be provided with fishery technology literature on fish preservation, production of commercial fishes, BFAR services backed up by framed taxonomy of Philippine fishes, mollusks, seashells and corrals. As a gesture of appreciation to the annual poster making entries from the academe, during Fish Conservation Month in the last five years, said posters of winning and non-winning pieces are now on display at the said museum classified according to various celebration themes. Yet, Director Ayson went a step ahead of the usual museum displays. Inside the museum are various products churned in by local government units like the sarakat woven baskets and bags of Sta. Praxedes, fish sauce from the coastal areas, the famous grass fans of the coastal areas of Isabela and the shelled bottles of the Regional Fisheries Training Center of Aparri, Cagayan. The director clarified that the items on display are not actually for sale but will only act as a showcase of products for visitors at the museum. â&amp;#x20AC;&amp;#x153;This way, the agency can assist the LGUs in the promotion of their products,â&amp;#x20AC;? Ayson said. Among the coastal municipalities of Cagayan, Buguey was the first to signify its plan to likewise establish its own Fishery museum considering its prominence in the fishing industry. Arthur Pagador, sangguniang bayan secretary, said fishery materials on display have always been available in the municipality and it is just a matter of enacting a resolution for its establishment. With such initiatives from the LGUs, Director Ayson said there is a possibility that Cagayan Valley will soon be the center of fishery museums. This early, she called on all stakeholders to contribute items for such if only to perpetuate a major industry in the region.

One Luzon, a daily electronic news magazine of the Philippine Information Agency