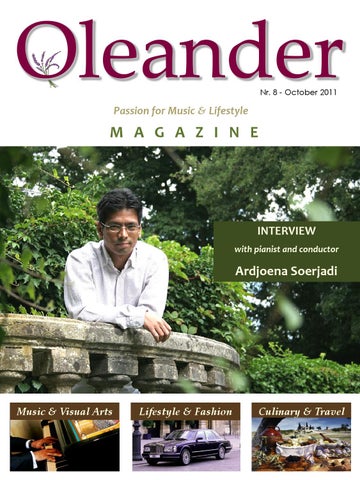 INTERVIEW with pianist and conductor

is a creation by

Welcome to the 8th edition of Oleander Magazine. In this edition I have an interview with pianist and conductor Ardjoena Soerjadi. The first time I ever met Ardjoena in person, was many years ago at the birthday party of his piano teacher, Dutch pianist DaniĂŤl Wayenberg at Cristofori Salon in Amsterdam. Since Ardjoena is a great admirer of Oscar Peterson as well, we soon started to have a very relaxed and joyful conversation. Many years later, I encountered Ardjoena again a couple of times at the estate of his brother, pianist Wibi Soerjadi, where I was invited to perform occasionally. An interview with a very pleasant, elegant, versatile, and warm-hearted musician.

Ardjoena Petrus Soerjadi was born in Rotterdam on 23rd August 1972. He astonished the public for the first time as an eleven-year-old boy during the final night of the three-day piano concert in The Doelen, Rotterdam. Shortly after that he was prize-winner at the Princess Christina competition. He received a piano education at the Conservatoire Rotterdam from master pianist Daniël Wayenberg and Michael Davidson. He studied for his second major, orchestral conducting, under Arie van Beek, Daan Admiraal and Jurjen Hempel. He was granted the exceptional VSB-Scholarship, with which he traveled to Moscow to obtain a piano and conducting education at the renowned Gnesin School under Vladimir Tropp and Watjeslav Tjisjakov. He conducts orchestras such as the National Philharmonic Orchestra, The Rotterdam Chamber Orchestra, The Dutch Promenade Orchestra, the Czestochwa Philarmonic from Poland and the Symphonic Orchestra from Flanders, with whom he has performed piano concertos by Rachmaninov, Tchaikovsky, Grieg and Liszt in the Netherlands’ most prominent concert halls, with his brother Wibi Soerjadi as a soloist. Ardjoena Soerjadi leads several choirs, including the Residentie Operette ODES in The Hague and the Gemengd Koor Spijkenisse. In 2008 he conducted Bach’s St. John Passion. The same year he also conducted the music for the winning Olympic dressage of amazone Anky van Grunsven. In 2010 he was a member of the jury for the National Competition for Youth Symphony Orchestras.

Interview Ardjoena Soerjadi When did you become aware of your interest in music? There was always music playing in our house. Either on the radio or on a record player. My parents played the piano. I tried to play the piano myself when I was 9 years of age, which I enjoyed doing very much. How did you develop your musicality? As a child I visited concerts with my parents and listened to a lot of records. I also went to the library to obtain sheet music which I tried to play, hoping that I recognized some of it from the recordings I had listened to. During my studies at the conservatory in Rotterdam, I visited â&amp;#x20AC;&amp;#x2DC;De Doelenâ&amp;#x20AC;&amp;#x2122;, which is a Concert Hall in Rotterdam, almost every day. I attended many rehearsals and concerts of the Rotterdam Philharmonic Orchestra. I went over there to hear the same program several times. That was possible for me, because there was a reduced ticket price for students at the time. A very Important time in my development was during my work as assistant conductor and coach at the Belcanto Festival in Dordrecht. It was at this Festival that I discovered the beauty of Opera and other vocal music and learning and developing my craft working in a large Opera production. Have you always been supported to develop your musical talent? Oh yes, very much so. My parents took me to concerts and let me participate in youth competitions and festivals. They accompanied me wherever I performed. And in the final years of my secondary school, they stimulated me to follow classes at a special school that was directly connected to the Rotterdam Conservatory.

What or who inspired you to become a musician? Probably the most important inspiration was the music itself. Are there any people who still inspire you today? My two year old son Fabrizio inspires me every day again. His spontaneity, his development and joy of life are very inspiring and it teaches me the beauty of life itself.

Do you have other interests besides music? I am into videogames, running and I am a Stars Wars Fan. I am also interested in popular science. The recent news about a particle that probably travels faster than the speed of light, fascinates me. Also the news item about a planet circling around a double star, already called theâ&amp;#x20AC;&amp;#x2122;Star Wars Planetâ&amp;#x20AC;&amp;#x2122; obviously has my full attention.

An artist&#39;s concept of Kepler-16b, a Saturn-size world orbiting two stars some 200 light years from Earth. The discovery by NASA&#39;s Kepler space telescope is a first in the ongoing search for planets beyond Earth&#39;s solar system. (Credit: NASA)

What is your favourite animal? Anyone who knows me well, can tell that my most favourite animal is a Monkey. Though I think they are probably more human than animallike. We are so much related to them, that we can hardly call them Animals. I have two cats at home. Two British shorthair called Boef and Simba. They are so funny and surprisingly human.

What is your favourite kind of music? Most of all classical music, and especially I like Italian opera. I am also a fan of the music of John Williams, who composed, among others, the soundtrack of ‘Star Wars’ and ‘Harry Potter’. The ringtone on my phone is ’The Imperial March’ from ‘Star Wars’. Among musicians this ‘Darth Vader’ theme is a well known example of the use of ‘third relationship’. I also like to get inspired by jazz legends such as Art Tatum and Oscar Peterson, to whom I can listen endlessly. Please describe your own definition of spirituality. To really experience music, more than just listening to it with two ears, may be called a spiritual experience. For example Mozart’s Requiem, the symphonies of Brahms and Mahler, a cheerful Rossini, or a dramatic Puccini can stimulate this well. In this matter, a live performance is a more intense experience than listening to a recording. Making music yourself may intensify this experience for musicians even more.

What is your favourite kind of food? My mother’s tofu is the best there is. Good food can be simple for me.I like the Italian kitchen in which sometimes a delicious meal is made with little ingredients. More is not always better. I think Mozart’s music is a great example to underline such a statement. What is your current and next project? I am going to conduct an operetta again called ‘Die Blume von Hawaii’ by Paul Abraham. I think it is impressive to see how music, staging and theatre technique all come together.

It feels great as a conductor to have a leading part in this. After this project I will perform some piano recitals in order to promote my piano solo cd ‘Con Anima’, which means ‘With Animation’, which has been released very recently. The musical term Con Anima was an inspiration to create the Cd. What is your own definition of success? You have success when you are happy with what you have achieved. Therefore it is not necessarily related to any level of achievement, wealth or fame. Everyone experience happiness in his own way. ■ 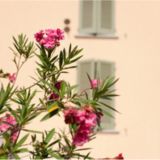