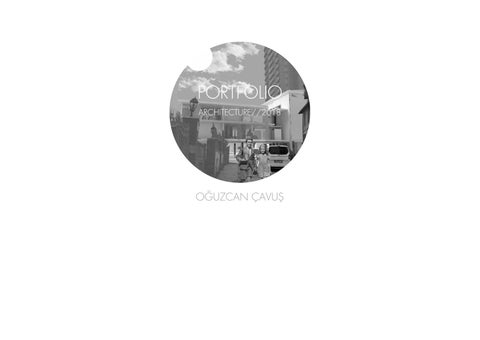 Head of Architecture Department at Kadir Has University dkilickiran@khas.edu.tr

CO-PLUS An Extension to The Razor Factory Fall 2017 tutor:BĂźĹ&#x;ra AL

TEARING THE FACADE OF FACTORY BUILDING

movement is working as a multipurpose hall under the volume and with a core it elevates the people. Besides that most of the public functions are here such as exhibition spaces where temporary exhibitions are and some floating venders to function for food and beverage.

First level functions as a meeting offices placed and exhibition space which has gallery openings. And the middle where connect these extension and factory building works as a gallery

Second level functions most of the educational parts of the project where workshops, classes and libraries meets and creates different types of spaces in terms of education for example classical class or a space where meet around someone

The main idea of the project was theoretically carving out a flatland and to make a land articulation puting back what it carved during that process. Working in such a site like Burgazada, Martha Bay,slope of the land was an advantage to use.

To make an land articulation in that site instead of working on plan with izohips, drawing different sections of the site and designing them based on architectural tectonics and how dramatic a land part could be. So next step was to make an effect like carving out and putting back soil how it is going to be solved. Based on soil and its physical and chemicals it has sand and gravel on top and clay and silt in the middles. That clay and silt part allows itself to fill with water into its pores so basicly it stores water and that water volume defines the skeleton of the soil. The diagrams shows that to make a pothole or a hole in land you need to suck all the water inside that soil so soil goes down. On the other hand to make soil level higher it needs more water than it already has.

During that process to get the best section,besides working on paper to design, making conceptual section models were very helpful to think at the same time section level and plan level. Also being on the land,under the land itself creates a problem in terms of circulation,ramps,stairs etc. What kind of slab or ceiling cover us and how we are walking on them was main questions. Also creating splits on the slab and getting the water into space with itselfs moisture adds up to design to retreat center

While going on the process of project, making models of 1/50 scaled wall and experimenting on the material “concrete” and how it will be react the based on its ingredients such as water,cement,sand. In the cups ı tried different amounts of each ingredient and it gave me different pattern to build a wall

The project aimed to create places through education programe as a juniour high school in Balat. While designing a school,project should design potential spaces where people come together and be part of a community and neighbourhood itself. The spaces as multipurpose halls and hobby rooms are not only for everday users but also for the inhabitants of the neighbourhood in the evening hours.

Trees on the site are marked with the rectangu shapes

Using the boundries of dashed lines and drawed thick lines onto them to create space. And those spaces have a free plan to move inside

Using the boundries of the grid and yardâ&#x20AC;&#x2122;s lines created spaces defined by walls ,that allows to have a free plan to move inside. While having a free plan it allows the free glass facade through the building. And the main idea of the project was to cover the whole space under one roof.

LOOSE THE SPACE Fall 2017 (4 weeks) tutor:BĂźĹ&#x;ra AL This project aims that, in the period of beginning of architectural design III a new ways of thinking guerilla attacks on Bomontiada neighbourhood which is a cultural hub transformed from the industrial heritage of Bomonti Brewery. In that project attacking buildings, their courtyards, streets and surroundings with guerilla tactics and to loose the space.

That one arm will be formed with a aluminum profile that creates frames of each other. And based on the analysis in above it will light the space.In order to do that electric cables will be hanged in between these two structures

Attacking the old factory building with a structure that shows itself from outside with a little bit hint with solid volumes itself because from the inside it is a naked frame which people could on it or climb on it and the structure and interior of factory building works as a music box where people make music together. And the solids are working as a speaker to spread the sound that created inside to outside. Structure while working as a music box without touching the street,it extend its boundries and the factory building and touches the street without any phsical intervention

In that study we tried to examine structural tectonics that baloon frame has staticly and tectonicly. While doing that the elements that have been used were non-rigid magnets. To understand the how load is flowing and sharing with each other.

In that study we tried to examine how a structure of a building could be on the facade and how will it be react to different kinds of forces When we apply lateral from the edges of structure it was rigid. But when we apply the lateral force from the middle,because of the metal parts are not fixed it tried to bend itself. That is why we tried to brace these parts

It was a project based on material and working on 1/1 scale,with making experiments and designing a canopy in the middle of amphi space where most of the students come together during the day at Kadir Has University. To make such a hands on structure some rules are set. According to these rules bamboo was picked because bamboo is light, flexible and it works both compression and tension The design of this canopy with using more than

bamboo stick together and taping them each other was creates a beam that works as a concole because of flexibility and gravity also to control the bending of this beam we used ropes to tie and created one module of how it could define a space underneath, one single module rotates itself 360 degree and ties itself in bottom,middle and top and covers with a membrane to get away the raining water. While making the models of beam to stabilized the joints

DESIGN METHODS AND PRAXIS Fall 2017 tutor:Sait Ali Köknar partnered w/ Muhammed Aydem,Lütfü Emir Yılmaz The research is about understanding the design methodology. We wanted to grasp that how design occurs, how it works and which is Mixed Media which what is the mechanism of the design. Altough there is no exact founded by Umut and Eda Gönen at İstanbul, 2002 definition or structure of the design, we could experience and The paper will handle the topics understand the design in more with some titles.The first title is specific environments. We tried definition of the firm which we to express and clarify the design deduced from its design process. mechanism over the firm

client on job by questioning and declering their working principles. They told us that if they are not accepting the principles starts, ends and what is standing between them. We tell the they are not taking the job. If design process into three parts they took the job first thing which are concept, development they do is making meetings to first interaction in meeting room and implimentation. with Eda, Umut, C and B. As ... In our research on Mixed Media they told us after that meetings they are looking for the job’s and how they are designing and how they are managing a qualifications based on charaprocess of design is our questi- cterictics. Does the work has a ons that has priority. We asked character? They told us that if the job has no character they that how their process starts. are looking for the city or the The job comes to them and logo of it ... they have a meeting with the 42 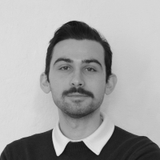