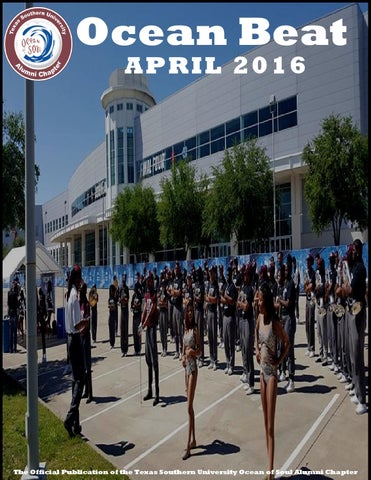 THE TIME IS NOW

UNIVERSITY NEWS Former Regent to become Mayor of DeSoto Former Texas Southern University Board of Regent Curtistene McCowan will become the 21st mayor of DeSoto in May when she runs unopposed for the mayoral seat in the city. She will make history by being the first female in the role of mayor in Desoto. With a school named after her in Glenn Heights, Curtistene S. McCowan Middle School, she has been on the DeSoto City Council since May 2012 and has served two years as Mayor Pro Tem. Since June 2014, McCowan has also served as Chair of the City Council’s Audit &amp; Finance Committee and from 2006-2012 she served on the DeSoto Economic Development Corporation’s Board of Directors, serving as president for over four years.

McCowan faithfully and dutifully served the Texas Southern University Board of Regents from October 2007 through February 2009 and during her reappointment in March 2009 through February 2015. She served as the Chair of Development and Legislative Affairs Committee, Chair of the Administration and Finance Committee, Second Vice Chair of the Executive Committee; and as a member of the Audit, Academic Affairs, Research and Student Life, Personnel and Litigation, Ad Hoc-Bylaws and Policy, and Ad Hoc-President’s Evaluation Committees during her tenure on the Board

Will be a featured vocalist at “Dancing in the Street “ Motown &amp; More Revue Memorial Day Weekend at Miller Outdoor Theater

Let’s support our Ocean Alumni and the Arts