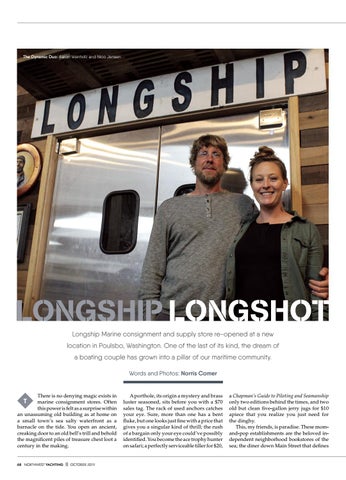 LONGSHIP LONGSHOT Longship Marine consignment and supply store re-opened at a new location in Poulsbo, Washington. One of the last of its kind, the dream of a boating couple has grown into a pillar of our maritime community. Words and Photos: Norris Comer

There is no denying magic exists in marine consignment stores. Often this power is felt as a surprise within an unassuming old building as at home on a small town’s sea salty waterfront as a barnacle on the tide. You open an ancient, creaking door to an old bell’s trill and behold the magnificent piles of treasure chest loot a century in the making.

A porthole, its origin a mystery and brass luster seasoned, sits before you with a $70 sales tag. The rack of used anchors catches your eye. Sure, more than one has a bent fluke, but one looks just fine with a price that gives you a singular kind of thrill; the rush of a bargain only your eye could’ve possibly identified. You become the ace trophy hunter on safari; a perfectly serviceable tiller for $20,

a Chapman’s Guide to Piloting and Seamanship only two editions behind the times, and two old but clean five-gallon jerry jugs for $10 apiece that you realize you just need for the dinghy. This, my friends, is paradise. These momand-pop establishments are the beloved independent neighborhood bookstores of the sea; the diner down Main Street that defines

The best of boating lifestyle in the Pacific Northwest - featuring a Boater's perspective on Washington's ferry system, a deep dive on Longship Marine of Poulsbo, a conversation with record setting sailor Jeanne Socrates, a look at a classic Herreshoff sailboat design, a trip to Neah Bay, Wash., and much more! 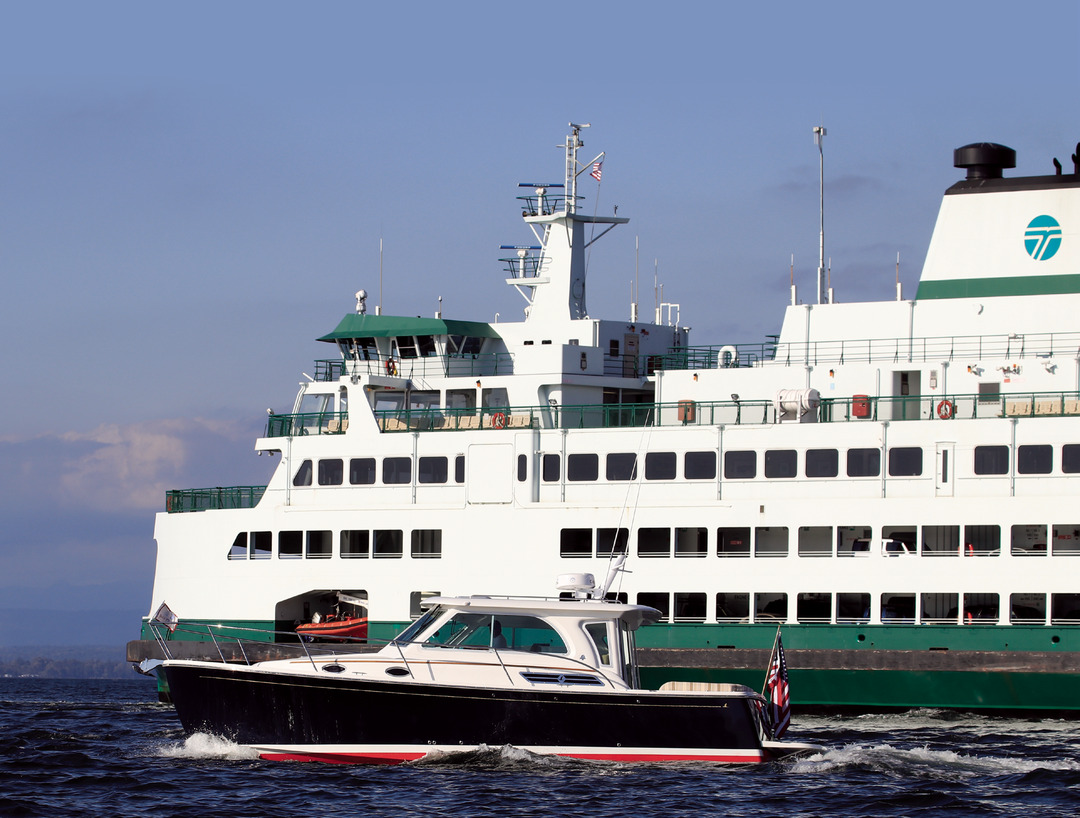 The Washington State ferries, also known as The People’s Yacht, are ever-present in the Pacific Northwest’s maritime tapesty. Find useful info for boaters and the storied history of these proud working vessels here.