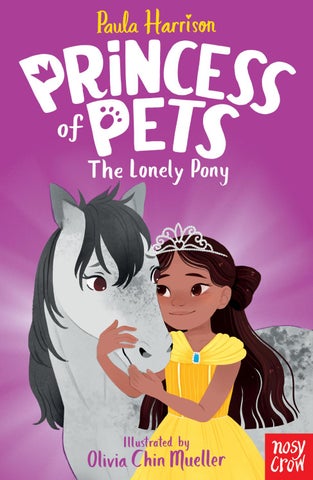 Swinging round, Bea saw Sandy beside the picnic table, nibbling at the flower sweets on top of the trifle. She stared at the pony. â&#x20AC;&#x153;Sandy! How did you get here?â&#x20AC;?

For Brian and Stephanie, thanks for all the roast dinners and scrumptious desserts. First published in the UK in 2020 by Nosy Crow Ltd The Crow’s Nest, 14 Baden Place, Crosby Row, London SE1 1YW Nosy Crow and associated logos are trademarks and/or registered trademarks of Nosy Crow Ltd Text © Paula Harrison, 2020 Illustrations © Olivia Chin Mueller, 2020 The right of Paula Harrison and Olivia Chin Mueller to be identified as the author and illustrator respectively of this work has been asserted by them in accordance with the Copyright, Designs and Patents Act, 1988 All rights reserved 1 3 5 7 9 10 8 6 4 2 A CIP catalogue record for this book is available from the British Library This book is sold subject to the condition that it shall not, by way of trade or otherwise, be lent, hired out or otherwise circulated in any form of binding or cover other than that in which it is published. No part of this publication may be reproduced, stored in a retrieval system, or transmitted in any form or by any means (electronic, mechanical, photocopying, recording or otherwise) without the prior written permission of Nosy Crow Ltd. Printed and bound in the UK by Clays Ltd, Elcograf S.p.A. Papers used by Nosy Crow are made from wood grown in sustainable forests. ISBN: 978 1 78800 472 5 www.nosycrow.com

The Pony on the Shore Bea skipped along Savara Beach, loving the warmth of the golden sand beneath her toes. In the distance a fishing boat was gliding across the sea. The water glittered as the wind whipped up little white-foamed waves. Seagulls circled over the cliffs, calling loudly. Bea began to run towards the ocean, the sea breeze lifting her dark curly hair. 5

“Wait for me!” Her brother, Alfie, chased after her. “Princess Beatrice! Prince Alfred!” called Nancy. “I’ll be sitting over here. Make sure you keep out of the waves. If your clothes get wet Mrs Stickler will be cross with all of us.” The palace maid settled down on a picnic rug at the top of the beach. She folded her hands over her apron and gave a contented sigh. The palm trees that lined the seafront waved gently behind her. Bea didn’t see the point of coming to the seaside without getting wet. She jumped into a sandy rock pool and salt water splashed all over her shorts and T-shirt. It was a lovely hot day and she was sure her clothes would dry quickly. Mrs Stickler, the bossy royal housekeeper, would never find out. 6

Alfie and Bea lived at Ruby Palace with their father, King George, and their older sister, Natasha. The palace, with its beautiful golden towers, sat high on the top of the hill outside the village. It had an enormous garden with stables for the royal horses and an orchard full of lemon and plum trees. Even though it was the summer holidays, King George was still busy with important royal matters, so Bea, Natasha and Alfie had lots of time to do what they liked. Natasha, who wanted to become the best pianist in the Kingdom of Neravia, had been playing the piano for most of the morning. Alfie had been making a mud concoction in a corner of the vegetable plot. Bea had spent the morning climbing trees with Tiger, the beautiful stripy 8

ginger kitten that roamed the palace garden. Tiger loved climbing but he was much better at going up than down. Sometimes he would get stuck at the top of a tree. Then he would meow pitifully, his furry face peering out between the branches, until Bea carried him down again. After rescuing Tiger three times, Bea had begun teaching the little cat how to climb down by himself. It had been a fun morning but after lunch Mrs Stickler had sent her indoors. “I really cannot start preparing for the Royal Garden Party with you jumping about the place, Princess Beatrice,” the housekeeper had said. “I have a million things to do before all the guests arrive tomorrow so please go inside and let me get on.” 9

Bea went in reluctantly. The Royal Garden Party only happened once a year and it was always lots of fun. The king had invited everyone in the village to come and be part of the special occasion. There would be games and a wonderful spread of food, and prizes for those people who’d done something special to help others during the year. Bea had wanted to help get everything ready, but Mrs Stickler wore such a grumpy look that she didn’t like to ask. She’d persuaded Nancy to take her and Alfie to the beach instead, and they had hurried out of the royal gate before Mrs Stickler could protest. Shading her eyes, Bea looked around the beach eagerly. Sometimes she would meet her best friend, Keira, down here. Keira’s gorgeous puppy, Rosie, liked 10

running around on the sand and barking at the waves. Bea loved all animals, but she was especially fond of Rosie. Sheâ&#x20AC;&#x2122;d found the little dog lost in the palace garden a few months ago. Rosie had needed lots of careful looking after and Bea thought she was the sweetest puppy in the world! Bea really wanted a pet of her own but every time she begged her dad for a hamster or a dog, or even a tortoise, he would shake his head. â&#x20AC;&#x153;Beatrice, the palace is no place for a pet,â&#x20AC;? he would tell her, explaining that important guests would be shocked if there were animals running around all over the place. Without a pet of her own, Bea had begun looking for any animals that needed her help. She had started with 11

Fluff, the little mouse sheâ&#x20AC;&#x2122;d found living in a tiny hole behind the piano in the dining room, and sheâ&#x20AC;&#x2122;d also rescued a family of doves whose tree had blown down in a storm. Rosie the puppy and Tiger the kitten were two of her latest rescues. Rosie had grown a lot bigger since Bea first found her, but she still bounded towards Bea wagging her tail every time they met. There was no sign of Keira or Rosie on the beach today. The place was quite empty apart from Nancy, who was dozing on the picnic rug, and two squabbling boys who were being marched away from the water by their mum. Alfie found a stick and started poking about in a rock pool, moving the seaweed around. Bea followed 12

the shoreline, looking for shells. She especially liked the round pink ones that were smooth inside. Last time she’d come to the beach she’d gone back home with a whole pocketful. She walked past a cluster of tall rocks where she and Alfie sometimes liked to play pirates. She was peering at the sand so hard that she didn’t spot the little grey-and-white pony until she was quite close. She stopped suddenly, her heart skipping. The little horse was standing all alone beside the water, the breeze lifting her soft grey mane. Bea looked around, expecting to see the horse’s owner, but there was no one else nearby. She took a few steps closer, but the pony twitched her ears in alarm and backed away. Bea tried again, walking very slowly and holding out her 13

hand. She had learned to approach the horses in the royal stables this way so that they didn’t get nervous. The pony snuffled at Bea’s hand and shook her mane. “Hello, you’re lovely, aren’t you?” Bea stroked the pony’s velvety coat and noticed that the animal was quite dusty and her mane was full of tangles. The pony gave a soft whinny and nudged her shoulder gently. Bea stared all around the beach but no one seemed to be looking for the little horse. She noticed the creature wasn’t wearing a saddle or a bridle either. “You must belong to someone.” Bea rubbed the pony’s soft neck. “I wonder how you came to be here all by yourself!” “Princess Beatrice!” called Nancy, hurrying down the beach. “What are you doing with that pony? There’s no time for 14

messing around. Mrs Stickler probably expected us back hours ago.” “She seems to be here all alone so I was wondering who she belongs to,” Bea explained. “Have you seen anyone looking for a pony?” “I don’t think so.” Nancy stared round distractedly. “We really must get going. Mrs Stickler will need me to set the table for dinner. Prince Alfie! We have to go now.” Alfie waved the stick covered in seaweed over his head like a flag. “But you promised us an ice cream!” “Oh dear! I’d forgotten about that.” Nancy brushed sand off her skirt. “Hurry up then! We’ll buy an ice cream on the way.” Alfie dashed up the beach, trailing the seaweed stick behind him. 16

“I’ll catch up with you,” Bea told the royal maid. “I’m just going to make sure the pony gets back to her owner.” “Well, don’t be long! Dinner will be at half past five,” Nancy called back. Bea gazed around the beach as Nancy and Alfie disappeared along the road to the ice cream shop. The two boys she’d spotted with their mother had gone and the only people left on the shoreline were an elderly couple walking along hand-in-hand. Bea walked up the beach, hoping to find more people she could ask about the pony. To her surprise, the little horse trotted after her and nibbled at her hair. “That tickles!” Bea said, laughing. “You’re very friendly, aren’t you?” The pony whinnied and tossed her 17

head. Then she lay down and rolled back

and forth. When she leapt up again, she was covered in sand. “That’s what I’ll call you – Sandy!” Bea smiled. “It suits you.” The pony swished her tail and blew 18

in Bea’s ear. When Bea looked around the beach again, the elderly couple had left and the seafront was empty. The sun was turning a fiery orange as it sank towards the sparkling sea. Bea stroked the pony’s velvet coat, desperately trying to decide what to do. How had the pony come to be here all by itself? She couldn’t leave the creature alone on the beach, but she really had to get back to Ruby Palace. Then a crazy idea popped into her head. “You can’t stay here on your own after dark,” she told Sandy. “You’ll have to come back to the palace with me. I can look after you until I find out where you came from.” She held out her hand and the pony followed her up the beach. Bea’s heart skipped with excitement as she led Sandy along the path that 19

took them back to Ruby Palace. There were lots of horses in the royal stables but they were enormous creatures and Bea had to stand on tiptoe just to stroke their manes. They were mainly kept for pulling the kingâ&#x20AC;&#x2122;s carriage, which was used on special occasions. Sandy was just the right size for Bea. She had a soft, smooth coat and Bea loved the cheeky way the pony nibbled her hair. She couldnâ&#x20AC;&#x2122;t wait to take Sandy back to Ruby Palace and look after her! 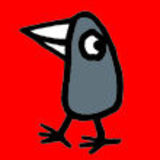 Look inside Princess of Pets: The Lonely Pony, written by Paula Harrison, illustrated by Olivia Chin Mueller, and published by Nosy Crow. Fi...

Look inside Princess of Pets: The Lonely Pony, written by Paula Harrison, illustrated by Olivia Chin Mueller, and published by Nosy Crow. Fi...