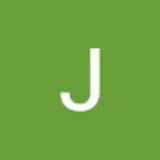 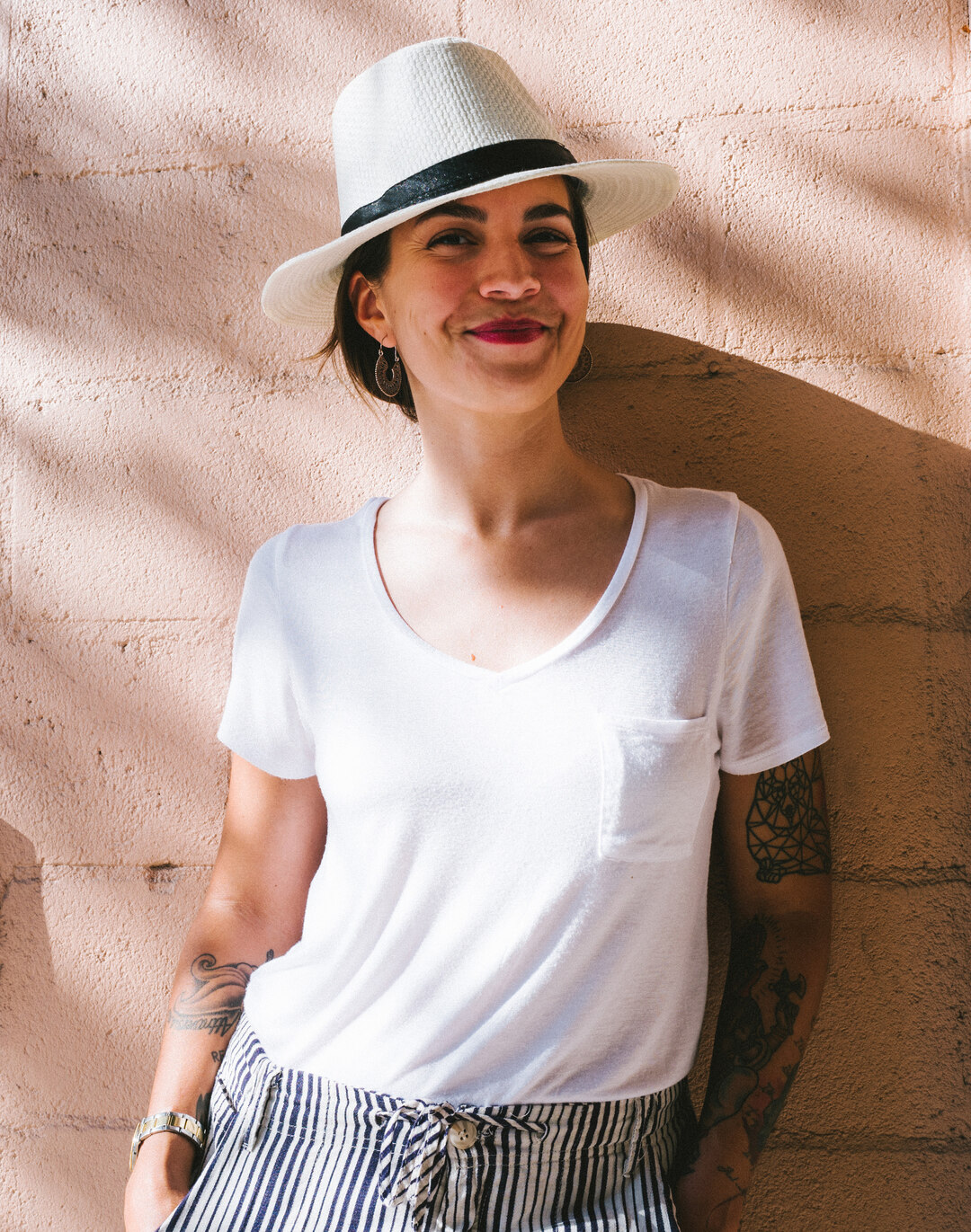 The start to our journey may appear a little mundane. BlyncSync didn’t start with a passion for wearable technology’s ability to revolutionize fatigue mitigation; we didn’t wake up on the first day of college knowing that we were going to spend our lives dedicated to truck driver fatigue. However, we did wake up with a passion for identifying, understanding, and finding solutions for problems within industry. Like many other class of 2014 business school sophomores, we were sitting in the first level entrepreneur class of the University of Oklahoma’s business school, trying to drum up an idea for a new product.This process was long and fraught with debate. We discussed issues we personally had in our own daily routines as well as problems we have seen in larger business settings. After a week’s worth of discussion, we narrowed it down to a few options for further research. We dove into each problem, individually dissecting each one from multiple directions: the depth of the problem, the cost or casualties of the problem, the responsible parties to address the problem, and any possible solutions to the problem. Through the drudgery of research, we found our problem: fatigue in the trucking industry.

Fatigue was familiar to us; we have watched as cars slowly drift to the edge of their lane before quickly correcting and returning to the middle of the lane, only to repeat the cycle until they exit the highway. Some of our family members live in the trucking industry and had regaled us with stories of fatigue. Like the story of someone waking up to the sound of the highway’s rumble strips those indentations that separate the highway lane from the shoulder before leaving some tire tracks in the median. Or the time when a truck driver was forced to run into the shoulder to avoid an oncoming vehicle that had drifted into their lane. Or having witnessed an SUV roll three total rotations before coming to rest on its roof at 6:30 am on a highway just north of a small town in southern Oklahoma, requiring the do-good truck driver to kick in the back window to pull the driver out. Fatigue fogs the vision of all drivers, whether or not they have a Class C license.

Being behind the wheel is elusive when it comes to fatigue; we have all experienced the inadvertent head nod when tired - microsleep. You’re looking off into the distance one moment, and the next moment, you find yourself forcing your eyelids open and head up. The scenery changed; time moved on. What did you miss? Microsleep is a very obvious and dangerous sign that you are beyond fatigued. Some of us fall into microsleep in a Monday 8am to 10am Material Science lecture on the stress transformations of polypropylene; this would be one of the safe places to learn the signs of fatigue. Truck drivers don’t have the luxury to learn in a safe place, where dozing off only warrants the ridicule of the instructor. A 65 mph highway lane affords no learning curve. The highway’s guardrails won’t prevent a 40 ton, loaded-down big rig from exiting the highway. Truck drivers have to be able to operate in the safe zone with the ability to rest when they approach fatigue, but resting too early is a waste of time. The trucking industry is built on productivity, moving as large of a volume as possible from A to B without incident or delay.

Payment is a function of distance (which is determined by the job) and time spent getting there (which is controlled by the driver).

Fatigue was obvious; everyone acknowledged it. Everyone saw it was a problem, but no one looked at how we can bring intuitive tools into the process.

For some drivers, they want the most amount of jobs and payment as possible, but for the majority of drivers, they just want to make a fair wage and have enough time to spend with their family. Time is the major flex point and key in striking a balance between home and away. Would you spend your time away from your family and home to read the newspaper? Every minute is precious, whether resting or driving. Productivity ultimately boils down to how a driver’s time is maximized in the safe operating zone without crossing into fatigue.

With the Department of Transportation having an encyclopedia of driver regulations--which we spent hours upon hours reading and understanding--and trucking companies’ policies encouraging responsible driving, fatigue-related accidents continue to occur. The regulations require a quantity of “drive time” for each driver, and this is typically chronicled in a paper log book, a log book that can be easily pencil-whipped to fit the regulation. These regulations and policies were implemented as a reaction to the science of fatigue, but results somehow were not being translated to the field. People keep getting hurt; drivers still get tired, physically exhausted, overexerted, or stressed. There was an opportunity between the regulation, the science, and the application.

After the class where we selected our topic, my partner and I spent our next several days trying to find someone who had connected fatigue research to the trucks in the field. We continued to notice the gap that the driver’s feedback was not being taken into consideration. Our literature search was just the beginning. When we started interviewing drivers, dispatchers, and safety companies, it became even more clear. Over hundreds of interviews, we began to grasp the major concepts. Fatigue was obvious; everyone acknowledged it. Everyone saw it was a problem, but no one looked at how we can bring intuitive tools into the process. Previous safety devices required too much of the driver, or the truck, or company oversight. Wearable technologies already figured out how to capture incredible amounts of data about our activity--very revealing amounts of data--without a change in our behavior. We wanted to harness this deluge of data and repurpose it for the trucking industry. We identified our solution: create an integrated package that leverages existing tools that are used currently and integrating some new technology like wearables and displays, resulting in a complete package to prevent drivers from crossing the fatigue line.

Our idea had traction. We received recognition in our series of entrepreneurship classes; by the time of our graduation in 2016, we had momentum to keep progressing forward. There were two of us working the business case through college, but we needed to grow our team to include some programming experience. At the same time we were trying to grow our team, we were trying to expand our product as well. In the final semester at school, we applied for a spot in an accelerator affiliated with the university. The program is designed to only accept and support three of the one hundred applicants. We had doubts about our acceptance. We were two business students pitching a new software product without a software developer; we were a restaurant without a chef. Our shortcomings were glaringly obvious from inside the business; we were trying to sell the business with only plans and without the most crucial member of the execution team. We knew we quickly needed to round out our team with a programmer.

We started the search for a user interface and user experience designer. The user interface and experience determines how the user interacts with and controls the application. Compared to a house, the user experience would be the walls, floors, ceilings, doorways, and the roof provide structure, while the user interface is the furniture, decorations, and aesthetics that maximizes the structure’s use. We were recommended to begin collaborating with Khanh, a 30-year programmer of user interfaces that operated out of Austin, Texas. His interest was immediate and strong, his resume spoke volumes to his general experience as a programmer but also as a project lead. Khanh began delivering immediately. However, the remote relationship was inherently inefficient, and there was too much programming to be completed alone before product testing in the following year.

We added three more programmers to work on the ground with us in Norman, Oklahoma. We needed help with the rote mechanics of cranking out lines of code to enable Khanh to address the larger issues at play with the software. Even though the new developers were simply following Khanh’s lead, the work stalled. The developers coded sloppily. Their programming style compared to a Kardashian’s tweets when we needed the robust and eloquent poetry of Shakespeare’s sonnets, meticulous down to every character choice. There may have been some initial signs to realize their inadequacies, but we knew less about programming than they did. They fooled us in the beginning, but the dynamic crumbled when our top Norman-based programmer quit abruptly for a more lucrative role in Tulsa. The remaining two programmers could no longer hide or be protected; all of the issues fell into our view. The problems only grew with my involvement. The cancer was so pronounced that we released the remaining two Norman programmers at the end of 2017 and started anew. Of everything involved in bringing the product to a minimal viable stage, assembling our high-functioning team has been the most crucial.

In 2018, our new team has since reversed the cancerous trend and has built a robust software to be relied upon as much as we rely on the team. Unfortunately, we have built a wall to protect the company from programmers who may be motivated by their day rate rather than the project. We have worked with and interviewed many developers that take on projects with unrealistic timelines or no intent to complete the project. The startup world has hardened our personnel evaluation processes; understanding incentives and intentions has become our focus.

As we have gained more traction, we have begun to take on more partners with connections to the industry, providing pivotal advice and direction. We have found endorsements within the industry. We tested a prototype with one of our family friends, applauding the technology’s ability to save lives. BlyncSync’s flywheel is in motion, and we are looking to the future with anticipation. We are piloting our systems in 2019. We are just learning that our application is even wider than initially thought, expanding our technology into high liability, high exposure, and extreme industries like those of warehousing and energy industries.