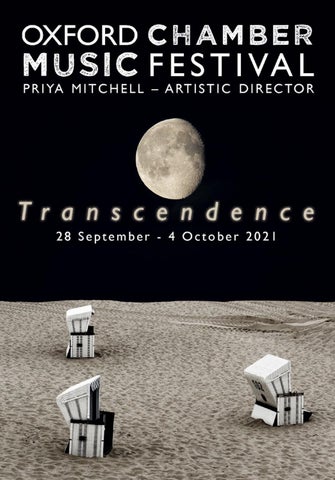 Our Festival takes flight with two of the greatest song-cycles of all, separated by Arvo Pärt‘s remarkable setting of Robbie Burns: so simple, yet haunting and unforgettable. Beethoven‘s gentle, folk-like songs of longing for an absent lover flow one into the next, and end as they began, to form a ‘ring of song‘ – the first song-cycle. The idea inspired countless composers, especially Schumann, whose The Poet‘s Love (Dichterliebe) charts a love affair with the psychological insight of a great dramatist - and some of Schumann‘s finest piano inspirations. Beethoven An die ferne Geliebte Pärt My Heart’s in the Highlands Schumann Dichterliebe Ian Bostridge, Julius Drake, Priya Mitchell, Johannes Marmen, Bryony Gibson-Cornish, Brian O’Kane

Life returns transcendence of pain Stephen Kovacevich Even two hundred years on, Beethoven‘s late piano sonatas are still unique portraits of the human spirit in all its facets: childlike, earthy, ecstatic, comical, suffering, and surviving, as at the end of op110. Stephen Kovacevich is one of their greatest interpreters. Between the two Beethoven sonatas, Debussy‘s equally mercurial but very impressionistic sonata for violin, written during his long fatal illness, but which he rightly called ‘fantastic and light‘ in its middle movement, and, full of joyous tumult‘ in the finale. Beethoven Piano sonata No. 30, op 109 Debussy Sonata for violin and piano Beethoven Piano sonata No. 31, op 110 Stephen Kovacevich, Priya Mitchell

Emily Dickinson’s Everyday Transcendence a workshop of Poetry, Piano, Song and Gesture This workshop will encourage participants to create new ‘experimental readings’ of Emily Dickinson’s work by merging fragments of selected poems with lyrics from various songs found in her piano bench. Featured material will consist of textual fragments that exist in direct sympathy with and reference to Dickinson’s envelope poems featured in Bervin, Werner and Howe’s edited collection, The Gorgeous Nothings. This workshop will be followed by a c. 30 minute performance featuring musical performance and video projection: an exploration of the various ways in which live performance can develop and accommodate fragmented musical and visual motifs. The day will end with a brief Q and A built around the performance. Sally Bayley, Suzie Hanna, Hannah Sanders Nicole Panizza

Beyond the clouds Here is music which attempts to reconcile different spiritual worldviews – from the Hebraic chants used by Ravel and Bloch, to the impassioned fervour of a Russian mystic in Silouan‘s Song, the childlike simplicity of Janacek‘s carol – and to build a bridge to an all-encompassing spirituality in the Beatles‘ late, great song. In memory of a dear friend of the festival, Dylan Hayden who devoted much of his life to the study and dissemination of the Judeo-Christian tradition. His legacy of beautiful icons and poetry survives him, as will the memory of his tireless support and nourishment of musicians, music-making and all artistic endeavour. Janacek Lord Jesus Christ is Born Bloch Jewish song ‘From Jewish Life’ Pärt Silouan’s song Bloch Prayer Fauré Après un Rêve Beatles Across the universe arr. J Marmen Ravel Kaddish Priya Mitchell, Johannes Marmen, Tom Hankey, Ricky Gore, Hugo Ticciati, Annette Walther, Bryony Gibson-Cornish, Meghan Cassidy, Sinéad O’Halloran, Claude Frochaux, Jordi Carrasco-Hjelm, Dirk Mommertz

A mind forever Voyaging This is the compelling story of the growth of a great mind in three snapshots from Beethoven‘s epoch-making series of string quartets. The young man‘s passionate adagio, based on Romeo and Juliet, is overtaken just eight years later by a revolutionary genius leaving his contemporaries far behind, exploring the mysterious spaces between harmonies. Finally, the dying composer gives ‘Holy Thanksgiving‘ for a reprieve from illness, in some of the most radiant and searching music ever written. Between these snapshots come two of Pärt‘s serene miniatures, and a recent work by the fine young New Zealand composer Salina Fisher. Pärt Da Pacem Domine Beethoven String Quartet in F major, Op. 18 no. 1, second movement: Adagio affettuoso ed appassionato Pärt Summa Beethoven String Quartet no. 9 in C major, Op. 59 no. 3, second movement: Andante con moto quasi allegretto Fisher ‘Heal’ Beethoven String Quartet No. 15 in A minor, Opus 132, third movement: ‘Heiliger Dankgesang’ Marmen Quartet

Imogen Cooper At the end of his life, like Bach with his transcendent Goldberg variations, Beethoven wrote his own ultimate piano masterwork to rival the Goldbergs. Unlike Bach, with his heartstopping Aria, Beethoven took on the challenge of turning the ridiculous into the sublime, transforming a trivial little waltz by Diabelli into a whole universe of wit, grace, rudeness, innocence, magnificence and even tragedy. See what I can do! – see what life can be! Beethoven 33 Variations on a waltz by Anton Diabelli, Op. 120

Transcending HeightS: universal spirit A central work in Pärt&#96;s instrumental music, the double concerto Tabula rasa has become one of the cult pieces in the music world challenging us to understand music in a completely new way. It has been described as a declaration of silence, a manifesto of concentrating on the important things oscillating between earth-shattering drama and the stillness of outer space through an utterly unique musical language. Beethoven‘s Triple concerto requires three great soloists, so it is rarely played – but for a Festival like this, with its community of artists, it‘s a treat for players and audience alike, and a fitting climax to our week. Pärt Tabula Rasa Soloists: Priya Mitchell, Hugo Ticciati Beethoven Triple Concerto for piano, violin and cello, op. 56 Soloists: Nicolas Altstaedt, Priya Mitchell, Kristian Bezuidenhout Nicolas Altstaedt, Priya Mitchell, Hugo Ticciati, Kristian Bezuidenhout, Annette Walther, Meghan Cassidy, Tom Hankey, Brian O&#96;Kane

School‘s Concert OCMF School‘s Concert in collaboration with D’Overbroecks School, including the performance of the winning piece of the OCMF Composition Competition 2021. Invitation only, but school groups please apply to our Education Director Jackie Holderness for places by e-mailing Jackie.holderness@ocmf.net Priya Mitchell, Dirk Mommertz, Brian O‘Kane

TICKET BOOKING Online via the Pegasus Theatre website https://pegasustheatre.org.uk/ocmf/ We are operating e-tickets only this year, which can be shown on a phone or printed at home Online tickets Watch the performances in the comfort of your own home. Recordings will be available a few weeks after the concerts rather than streamed live. Full details to be announced via the OCMF website and mailing list Free tickets for 8-25 year olds Limited number available through the CAVATINA Chamber Music Trust – please e-mail dutymanager@pegasustheatre.org.uk to book For full information

we dedicate this festival to Ivry Gitlis and Vladimir Mendelssohn 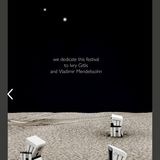